Justice For Sister: Priyanka Gandhi at Prayer For UP Woman

Home - India - Delhi - Justice For Sister: Priyanka Gandhi at Prayer For UP Woman 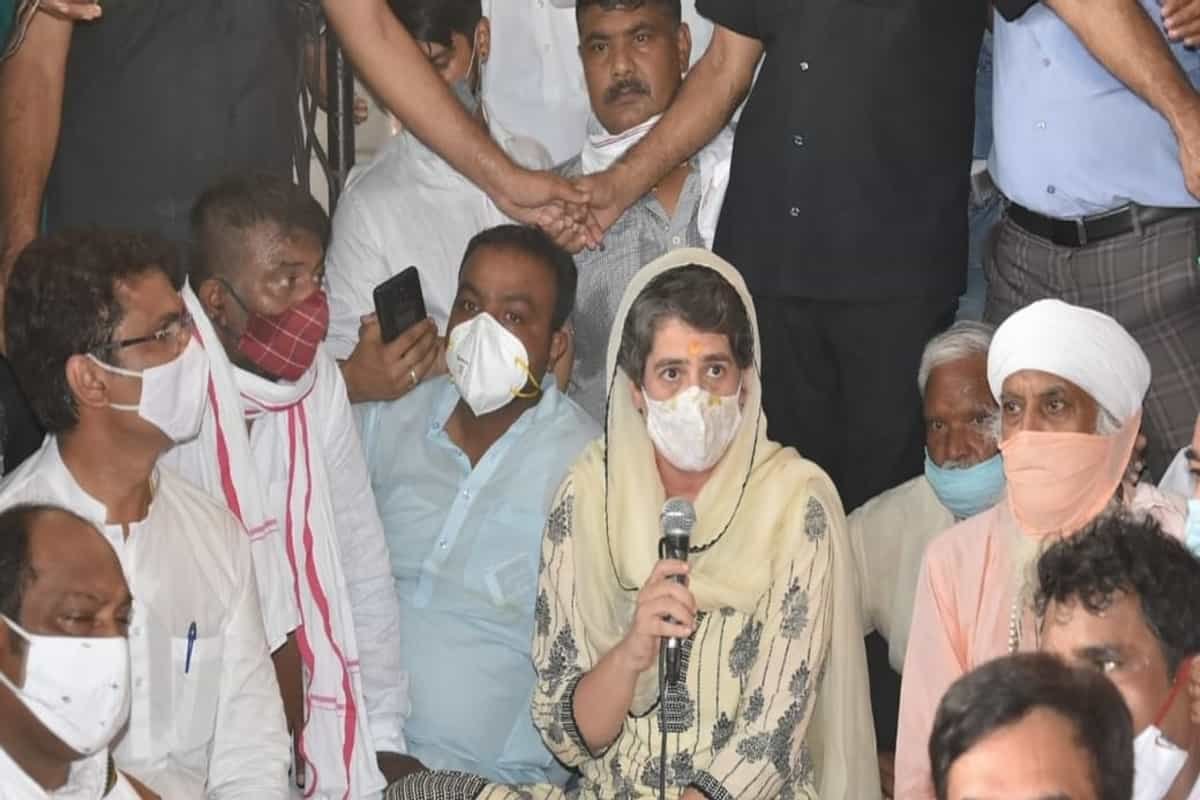 Priyanka Gandhi Vadra and her brother Rahul Gandhi were arrested and then later released as they tried to visit the village in UP on Thursday.

“We will ensure justice for our sister. We won’t sit quietly till she does not get justice,” she said, addressing a crowd of Congress supporters and demonstrators.
“The government did not help at all. Her family is feeling helpless. We will put political pressure on the government. She wasn’t even given a cremation following Hindu customs,” Mrs. Vadra said.

The opposition party has been at the fore of demonstrations against the incident that has put Prime Minister Narendra Modi’s BJP, which rules at the center and in UP, on the receiving end of growing public outrage.

Also Read: Incidents like Hathras will never be tolerated in Maharashtra: Uddhav

On Thursday, She and brother Rahul Gandhi were arrested as they tried to visit the village, around 200 km from Delhi, where the young woman was savagely attacked and then spent two weeks in hospital before dying. She was cremated hastily on Tuesday night by the police who feared growing protests.

Rahul Gandhi jostling with police before falling to the ground. After demonstrations in the area on Wednesday, authorities said they had banned gatherings of five or more people and would block politicians from the area.

She had kept up her attack earlier on Friday on the Uttar Pradesh government over the incident and the furtive late-night cremation by cops as she welcomed the Allahabad High Court’s summoning of top officials of the state government and police.

“The entire nation is demanding justice for the Hathras rape victim. The HC order shines a ray of hope amidst the dark, the inhuman and unjust treatment meted out to her family by the UP government.

I will not be afraid of anyone in the world: Rahul Gandhi