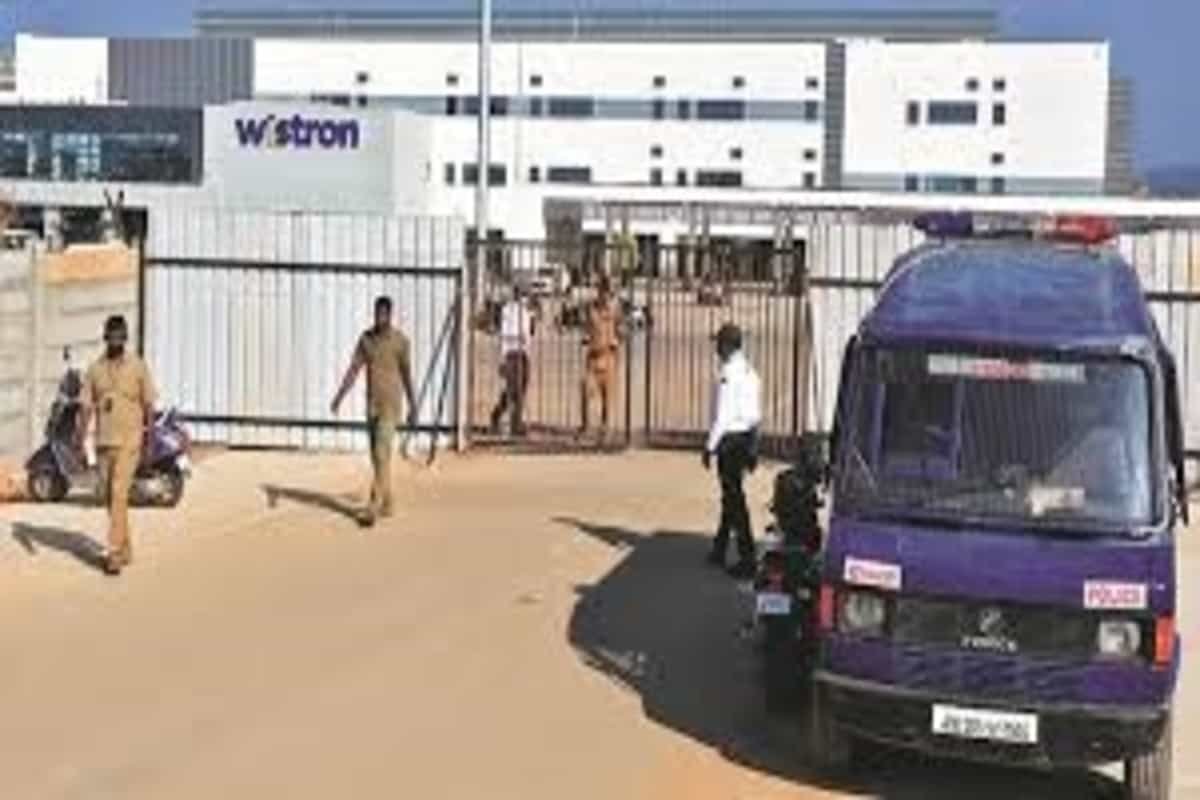 The violence at Wistron Corp’s iPhone manufacturing facility in Kolar, Karnataka, is being viewed as having wider ramifications in India’s renewed manufacturing sector push, prompting a damage control exercise that is now being driven directly by the Centre. The state administration is learnt to have been instructed to salvage the situation and ensure a quick resolution.

Union government officials indicated there are three reasons why, from an administrative standpoint, the violence at the Wistron unit is being viewed as more than just a skirmish at a phone assembly unit. The timing is being seen as being particularly detrimental, given that it comes close on the heels of the Centre’s concerted push for the production-linked incentives (PLI) scheme, where the limited success in the smartphone assembly sector is now being sought to be replicated in new industry categories that include pharmaceuticals and automobiles. Smartphone manufacturing at the heart of the PLI push and the intervention in resolving the incident, involving contract workers who ransacked the Wistron facility demanding unpaid wages and better working hours, is aimed at containing the potential damage to the PLI-led investment impetus, officials indicated.

Another concern is that Taiwan-based Wistron, one of Apple’s top global suppliers that had opened this new factory just in July this year, a Taiwanese flagbearer in the contract manufacturing space. Alongside Wistron, two other Taiwanese contract manufacturers — Foxconn and Pegatron Corp — are at the heart of the component manufacturing and cell phone assembly drive in India and now carry increasing collective heft in the electronics equipment space. The three Taiwanese companies have already announced plans to invest up to $850 million in India over the next five years under the PLI scheme. It is learnt that the Taiwan External Trade Development Council, an influential Taipei-based industry body, has flagged to the government that the labour unrest and violence had caused a flutter among the investor community in that country and is said to have sought administrative support on labour issues, both in the Wistron case and their other investments. Meanwhile, Apple has said it was probing whether Wistron had flouted supplier guidelines.

Even more disconcerting is that the Wistron violence comes at a time labour unrest at Toyota Kirloskar Motors’ manufacturing plant in Bidadi, outside Bengaluru, has been making headlines. Last Monday, Vikram Kirloskar, vice-chairman of Toyota Kirloskar, is learnt to have sought the assistance of Karnataka Chief Minister

In their reconciliation efforts, government officials involved in the parleys with investors have been asked to highlight the changes in labour rules moved by the Centre, wherein the option of using fixed-term contracts to provide jobs to workers, mostly for short-term projects or seasonal work, is being seen as a reform measure. The Industrial Relations Code, 2020 has a provision enabling industries to employ workers on a fixed-term contract for seasonal and short-term jobs. Currently, most industries hire contract workers through labour contractors, as was the case with employees who allegedly caused the violence at the Wistron facility.

Bengaluru: The Karnataka government must ensure that workers at the Wistron unit in Kolar district are paid minimum wages, on time every month, and not forced to work overtime, the All India Central Council of Trade Unions (AICCTU) has said in a letter to Chief Minister BS Yediyurappa.

The factory run by Wistron Infocomm Manufacturing India, which employs around 10,000 workers, saw a rampage on December 12, following a dispute over unpaid wages and difficult work circumstances.

The AICCTU, in a report to the state government, said non-payment and delayed payment of wages, failure to pay minimum and overtime wages, and a compulsory 12-hour shift, were the root causes of the unrest.