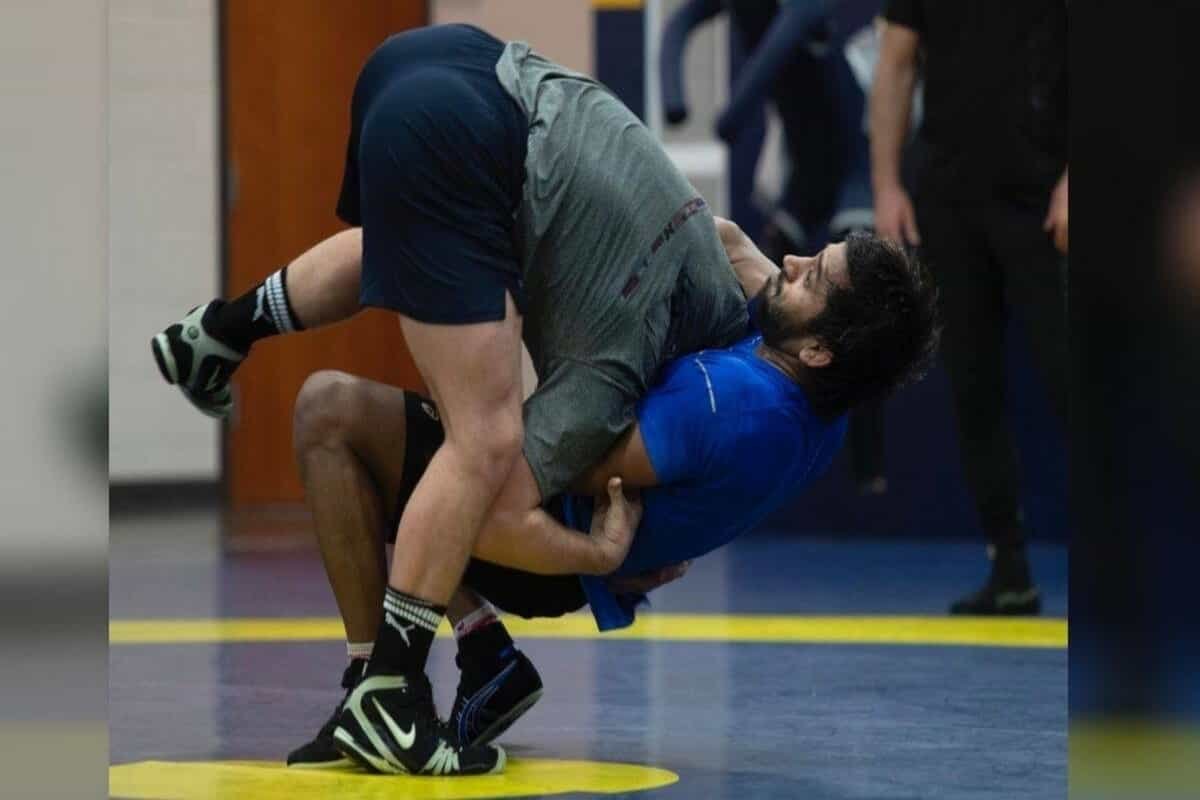 Ten months after his last competitive outing, Bajrang Punia returns to action at an eight-man invitational tournament in Austin, Texas. The three-time worlds medallist — who earned a silver medal at February’s Asian Championships in New Delhi before the Covid-19 ravaged sporting calendars — will headline the FloWrestling meet on Friday.

“Couldn’t be more relieved to be competing again,” Bajrang tells The Indian Express from his training base in Ann Arbor, Michigan. “Losing these 10 months was extremely disappointing, but looking back and thinking ‘what could have been’ means wasting even more time. Competing is the only way to get back on track, especially with the Olympics eight months away.”

Bajrang, who booked the 65kg (143lb) Olympic quota with a medal at last year’s worlds, is the top seed and the only non-American in a 68 kg (150lb) field featuring world medallists James Green and Joey McKenna.

“Competing in a weight class above is very different, as it generally means a difference in power,” says the 26-year-old. “Others will be cutting 2-3kg to compete whereas I would be wrestling at my normal weight. But that extra challenge makes it an even better tournament to return at.”

The Austin meet will be followed by a clash against USA’s Olympic hopeful Zain Retherford on the 22nd, a one-off event. Bajrang believes the two back-to-back events, part of the ongoing month-long training stint in the USA, would be a better way to shake off the lockdown blues than the World Cup in Belgrade.

“The tournament in Belgrade is good as well. But top wrestling nations such as USA, Kazakhstan, Mongolia, Japan, even Georgia and Cuba, aren’t competing,” says Bajrang. “I am already part of a training camp here and have good meets lined up. The training partners are exactly what I needed as well.”

Bajrang has been sparring with top University of Michigan talents as well as former worlds opponents at the Cliff Keen Wrestling Club.

“One of the things we’ve been concentrating on is the leg attack defence. I’ve been impressed with his ability to score for many different positions,” says Michigan head coach Sean Bormet. “Anytime you put a lot of great wrestlers and great wrestling minds together in a room, there’s a lot of collaboration and technical work. Sharing ideas and talking through positions, finding solutions for defence or for scoring. That’s the environment we have been able to create here with a world-class wrestler like Bajrang here.”

Bajrang is wary of rustiness and illustrates the opening-round defeat of 57kg worlds medallist and Olympic contender Ravi Dahiya at Belgrade World Cup as an example.

“Ravi is good. He is a better wrestler than his opponent,” Bajrang says. “His defeat here doesn’t mean that he is suddenly down or not as good, but it’s because we haven’t competed in such a long time. The pandemic then made it tough to even do proper sparring. That is why you need to get into a tournament as soon as possible.

“The more you compete, the more you improve. At least that’s how it goes for me. Training has been going on for years, but it is only after a competition that you can make calibrations and focus on specifics.”

The spectre of Covid-19 isn’t off his mind either. “When the pandemic was at its peak, I didn’t step out of the house. Sab guidelines follow kari, shayad isiliye bache hue hain abhi tak (I was following all guidelines. Maybe that is why I didn’t catch the infection),” Bajrang says with an uneasy laugh.

“There are daily tests here, and I only go for training after seeing the report. Nobody wants to jeopardise the training or do anything that might cause the training centre to be closed. And when you’re outside, the usual precautions of masks, sanitizers,” he said.

“When you’re on the mat, sparring or training, you have to take it out of your head. At the end of the day, it is a contagious disease and ours is a contact sport. You can only hope that the guy in front of you has also been taking all the precautions.”