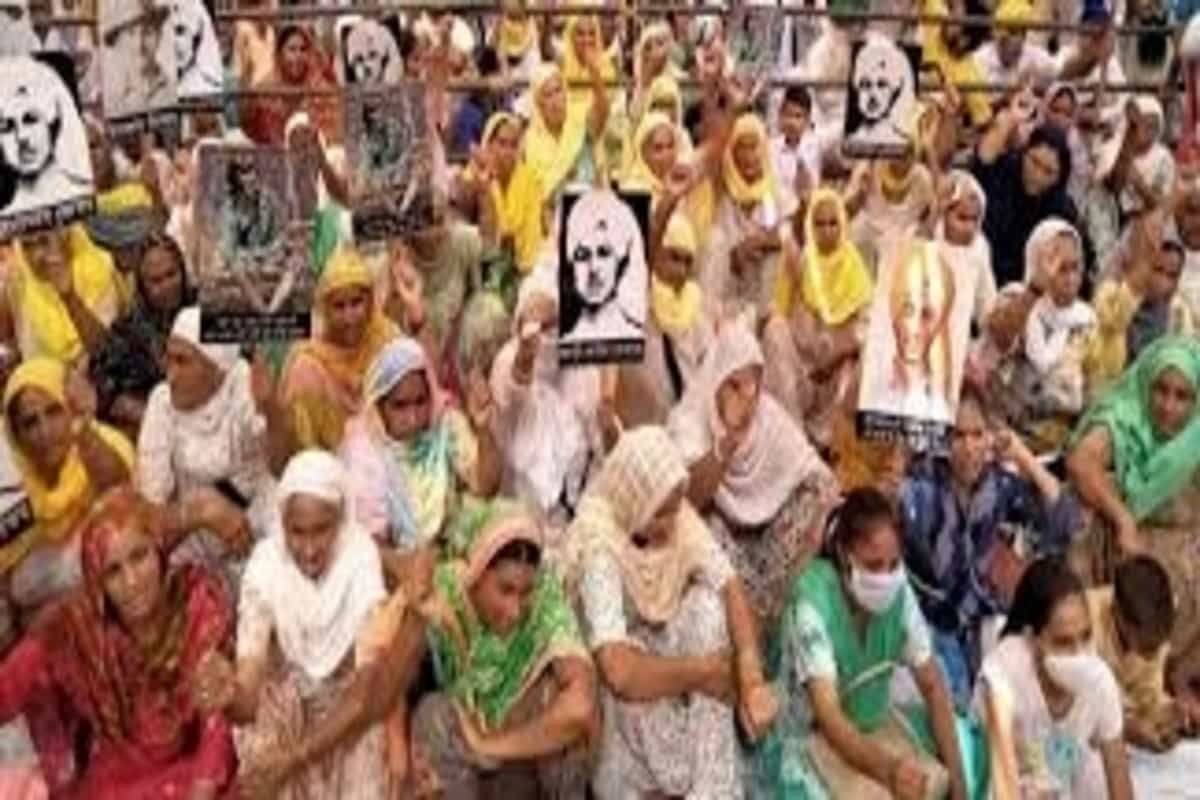 Punjab’s Doaba region on Tuesday observed complete shutdown in support of farmers’ Bharat Bandh call. As the day unfolded, bus stands, railway stations, state and national highways wore a deserted look. The only vehicles on the road belonged to those out to support farmers protesting in Delhi. At several places farmers again sat on the railway tracks during bandh. As a result several trains were cancelled/short terminated for December 9. All government, private organisations, business establishments backed the bandh call and remained shut.
Various protests were held at different locations in the region where people shouted slogans — ‘Kisan Sangharsh Zindabad’, ‘Modi Suno Sadde Vi Bhi Man Ki Baat (Modi listen to our heart too)’ – in support of farmers, and against PM Narendra Modi and in some cases, even against actor Kangana Ranaut.

The protestors gathered at the Punjab Armed Police (PAP) Chowk in large numbers from across the several villages in Jalandhar in their tractor trolleys and sat there to protest against the central government.

All the main markets of Jalandhar remained closed.

In Mehatpur, when farmers and labourers were protesting and Congress MLA from Shahkot reached the site, the protesting farmers, labourers did not allow him to speak from their stage. Women present there said that they will not allow any political leader to speak in their protest and started raising slogans against MLA Ladi Sherowalia.

In Phagwara, Hoshiarpur, Kapurthala and Nawanshahr too, farmers and the common people observed dharnas at various places to support farmers and said that they will go to Delhi soon if the government will not cancel these anti-farmers Bills.

The protesters were sitting at main chowks of the city. At BMC chowk, the advocates were protesting while local people protested at Ladowali road.

Also the activists of political parties, including SAD, AAP and Congress, staged their protests to support farmers.

The District Bar Association (DBA), Kapurthala, observed no work to support bandh call. Pawan Kalia, media incharge of DBA, Kapurthala, said that they are totally with farmers and will continue to support them.

District Bar Association president Malkit Singh Thind said: “These new enactments are not only harmful to the interest of the farmers but also detrimental to the interest of lawyers, the bar of civil court jurisdiction in these new acts is a serious challenge to the independence of the judiciary , under the new acts the civil disputes will be heard by the SDM’s who are not trained to hear the litigation relating to such type of matters”.

Hundreds of members of DBA urged the union government to withdraw these agriculture Acts.

The All India Power Engineers Federation (AIPEF) power engineers also protested. They also said that engineers across the nation held protest meetings in different states including Punjab, Haryana, Uttar Pradesh, Maharashtra, Puducherry, Tamilnadu, Uttrakhand, to support the farmers, who are agitating for the last 13 days.

VK Gupta, spokesperson of the federation, said that the agitation of farmers is against the economic policies of the central government. It asked the government to withdraw the proposed electricity amendment bill, which they saw to give huge trading benefits to the corporates and economically destroy the farmers and common consumers.

Meanwhile, Railway has cancelled two trains due to farmers’ agitation in Punjab including Dibrugarh– Amritsar Express special train, that will remain cancelled on December 9 and 11. The Shaheed Express train was brought to Jalandhar from the diverted route.

Korba -Amritsar Express special train will be short terminated at Ambala and it will start its back journey from Ambala on December 11 and remain partially cancelled between Ambala and Amritsar.

New Jalpaiguri- Amritsar express special train will be short terminated at Ambala on December 9 and will be originated to back journey from there on December 11 and remain partially cancelled between Ambala and Amritsar.

Some trains will be diverted, which included Mumbai Central- Amritsar Express which will run via Beas-Tarn Taran-Amritsar and its back journey will also follow the same route.

Those behind faulty road designs will be penalised, says Nitin Gadkari