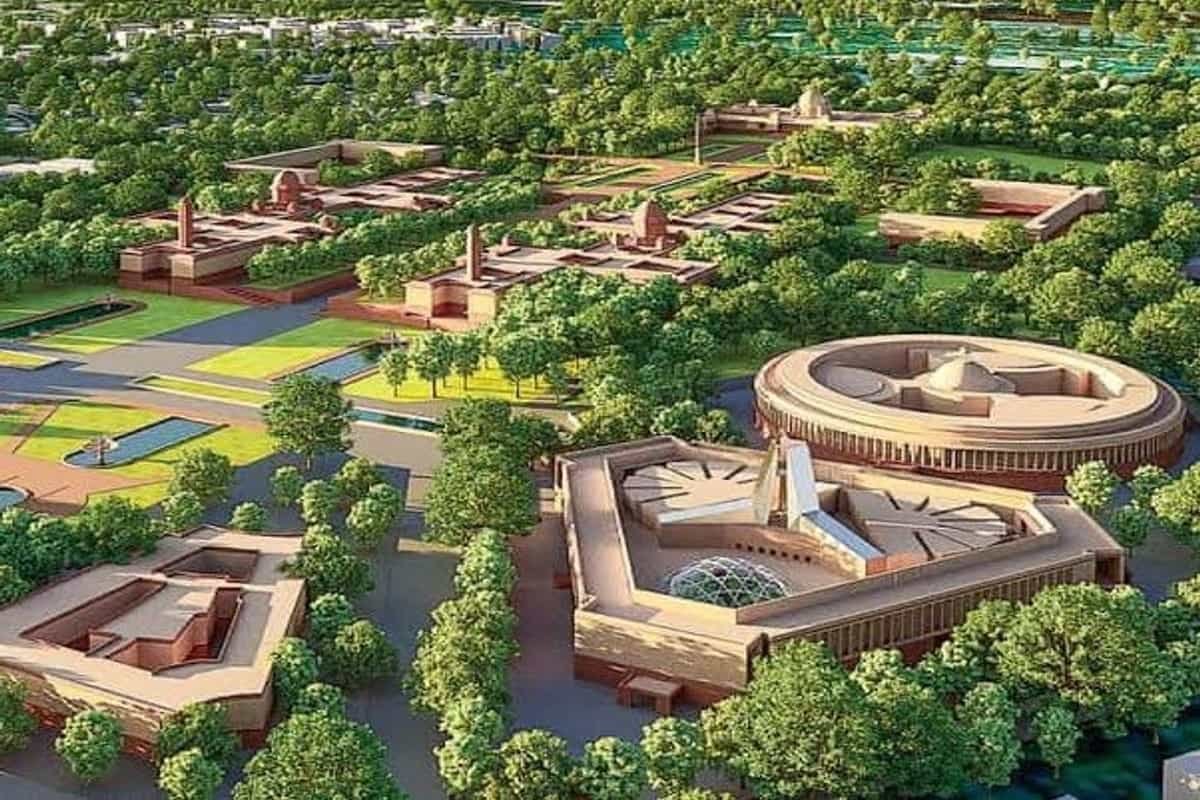 Prime Minister Narendra Modi on Thursday laid the foundation stone of the new Parliament building here at an event that was attended by leaders from various political parties, cabinet ministers and ambassadors of different countries. PM Modi also performed the ground-breaking ceremony for the building, which is expected to be completed by 2022. Priests from the Sringeri Math Karnataka did the rituals for the ‘bhoomi pujan’ at the new Parliament building site and it was followed by a ‘sarva dharma prarthana’ (inter-faith prayer). Lok Sabha Speaker Om Birla, Parliamentary Affairs Minister Pralhad Joshi, Urban Development Minister Hardeep Singh Puri and Rajya Sabha Deputy Chairman Harivansh also offered prayers during the ceremony. The new building will have an area of 64,500 square metres.