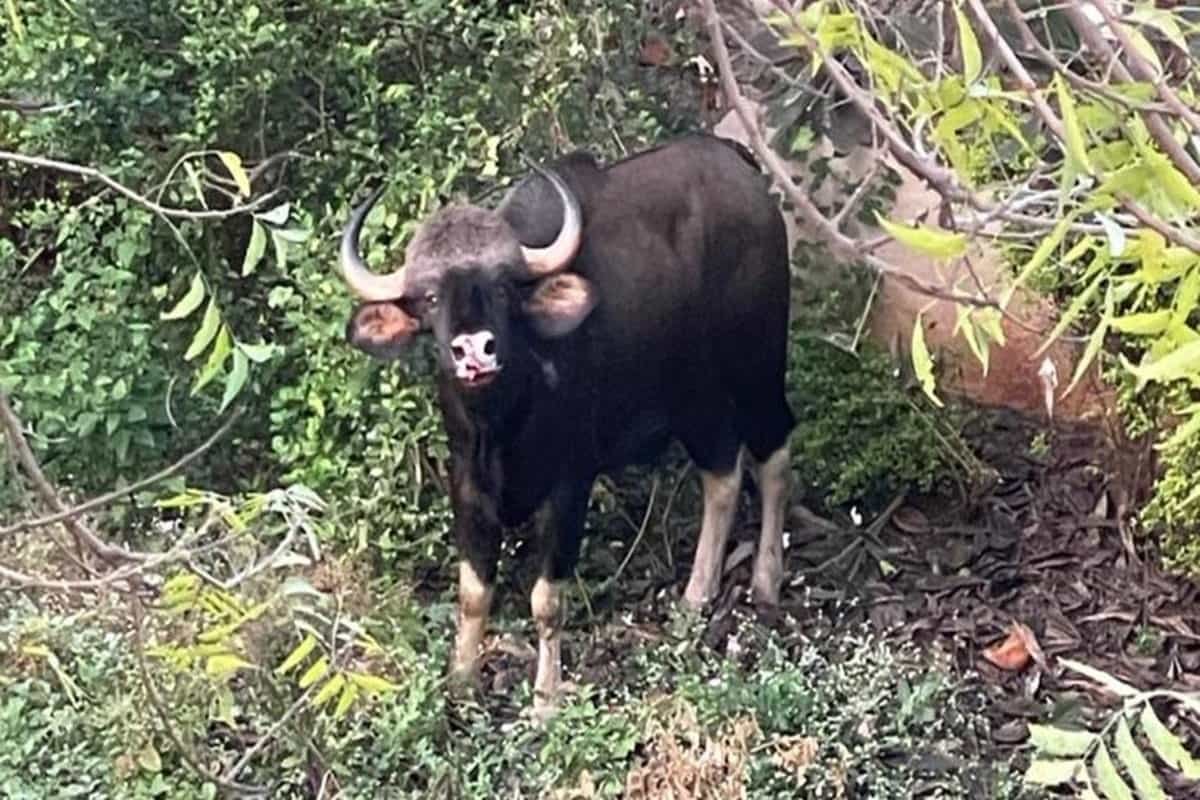 An Indian bison, commonly known as gaur, was spotted in a residential area in Pune on Wednesday morning. A police team has been deployed in the area for crowd control while the forest department will launch rescue operations.

As per the information given by local police, the animal was spotted by some people at the end of an internal road in the Mahatma Society. The residents then informed forest department officials.

Senior Inspector Sunial Tambe, in-charge of Kothrud police station which has jurisdiction over the area said, “We received a call from forest department officials, who were informed by some locals. We were told that an Indian gaur has been spotted in Mahatma Society. We immediately dispatched a team to the area, which has now been deployed for crowd control, where the animal can be seen from a distance. Forest department team will soon be launching a rescue effort.”

Mukesh Sanas, the Range Forest Officer for Pune, confirmed that the animal was a gaur. “Based on the photographs received by us, it is a gaur. Our first priority will be to rescue the animal safely. It is possible that the animal has entered the residential area from an adjoining forest area of Mulshi. While gaur is not generally spotted in these forests too, we have observed in the past that some bisons have traveled long distances to enter the forest areas adjoining Pune city. After the safe rescue, the animal will be released in its wild habitat,” he said.

As Trump rails against Loss, his supporters become more threatening