As Trump rails against Loss, his supporters become more threatening 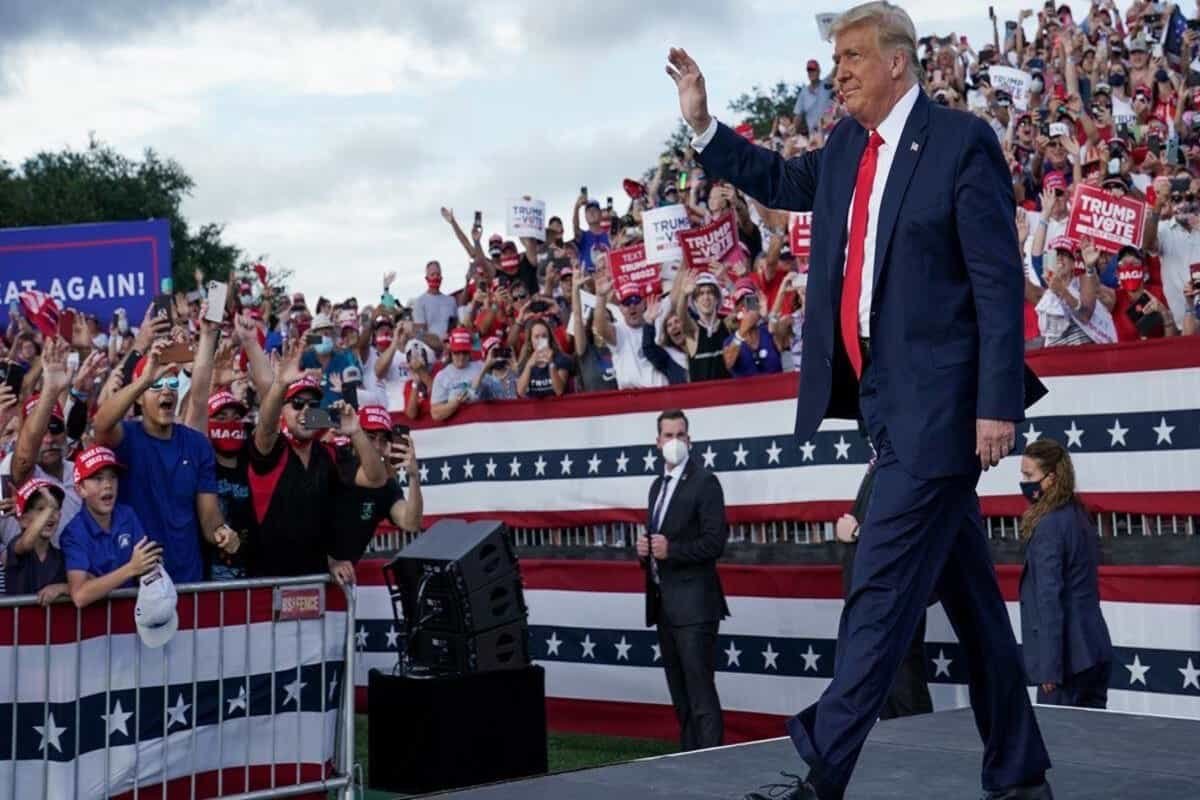 With a key deadline passing Tuesday that all but ends his legal challenges to the election, President Donald Trump’s frenzied campaign to overturn the results has reached an inflection point: Certified slates of electors to the Electoral College are now protected by law, and any chance that a state might appoint a different slate that is favourable to Trump is essentially gone.

Despite his clear loss, Trump has shown no intention of stopping his sustained assault on the American electoral process. But his baseless conspiracy theories about voting fraud have devolved into an exercise in delegitimizing the election results, and the rhetoric is accelerating among his most fervent allies. This has prompted outrage among Trump loyalists and led to behaviour that Democrats and even some Republicans say has become dangerous.

Supporters of the president, some of them armed, gathered outside the home of the Michigan secretary of state Saturday night. Racist death threats filled the voice mail of Cynthia A. Johnson, a Michigan state representative. Georgia election officials, mostly Republicans, say they have received threats of violence. The Republican Party of Arizona, on Twitter, twice called for supporters to be willing to “die for something” or “give my life for this fight.”

“People on Twitter have posted photographs of my house,” said Ann Jacobs, the chair of the Wisconsin Elections Commission, who alerted her neighbours and the police about the constant threats. She said another message mentioned her children and said, “I’ve heard you’ll have quite a crowd of patriots showing up at your door.”

Trump himself has contacted numerous Republican state officials, pressing them to help him overturn the election he clearly lost. He has subjected others to repeated public shamings, lambasting governors to take action they are not legally allowed to take to keep Trump in power.

But absent a single significant victory in his dozens of lawsuits — and with a key defeat delivered by the Supreme Court on Tuesday — the president’s crusade is now as much a battle against the electoral process itself, as he seeks to cast doubt on free and fair elections and undermine Joe Biden before he takes the oath of office.

“There is long-term damage when this kind of behaviour is normalized,” Jeff Flake, a former Republican senator from Arizona, said on Twitter. “It is not normal, and elected Republicans need to speak out against it.”

Last week, a top Republican election official in Georgia, Gabriel Sterling, implored the president to stop attacking the voting process in the state, saying it had prompted threats against officials and poll workers.

Tuesday’s procedural deadline, known as safe harbour, serves as something of a guarantee that Congress must count the slate of electors certified by the deadline, and acts as an accelerant to resolve any outstanding election disputes. It also likely limits further legal challenges to halt or disrupt the official certification of electoral votes that Biden needs to claim the presidency.

The president, however, dismissed the date as insignificant, saying on Tuesday that the true deadline arrives on Jan. 6 when Congress meets to approve certification.

Many Republican leaders in critical swing states are standing behind the president’s false narrative, unwilling to contradict his claims. Along with the president, their stance is further convincing tens of millions of Americans that the electoral process is too corroded to legitimately deliver the presidency to anyone whose name is not Trump.

Those supporters have started to flood the voicemails, cellphones and inboxes of dozens of elected officials across the country with angry messages and threats, as well as countless officials who handle local elections. The tenor has seemed to grow more menacing as Trump’s efforts appear even more unlikely to succeed, some officials said.

In change from past, BJP-dominated Pathankot too responds to bandh call