Home - Featured - ‘If monoliths appear in India’: This meme fest has left netizens laughing out loud 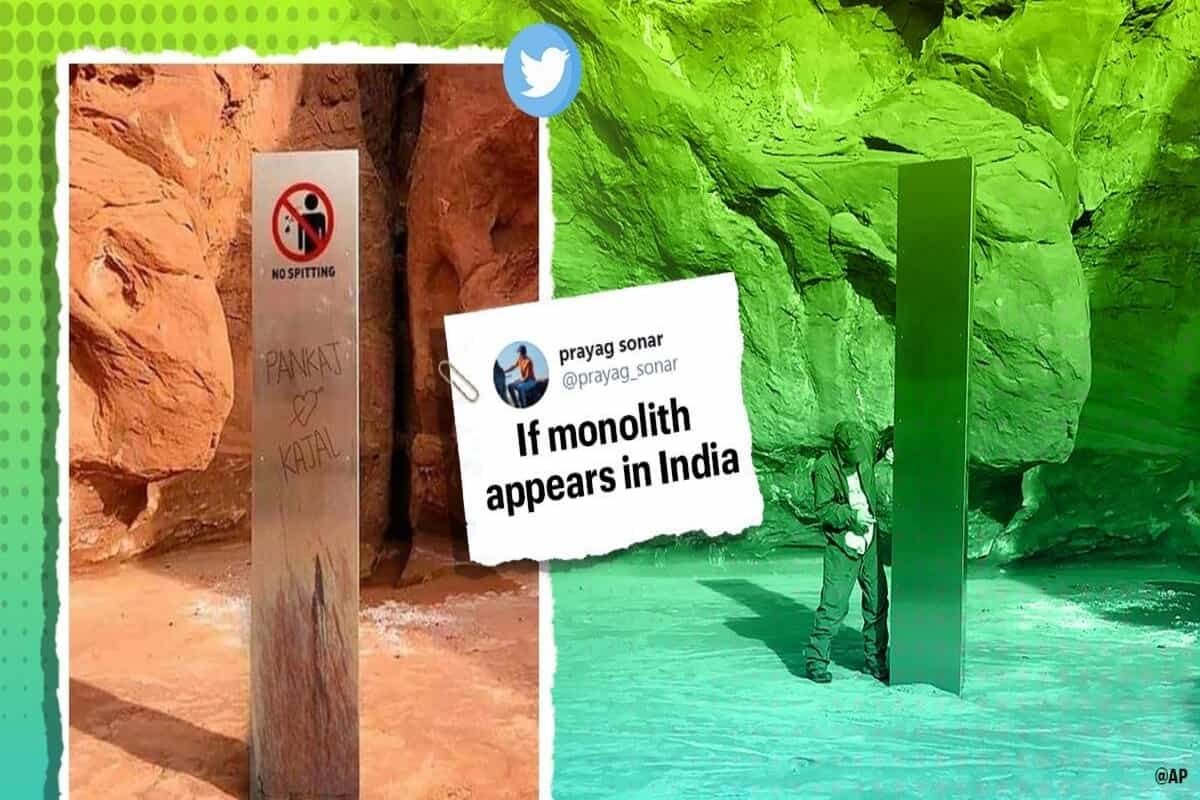 The ‘discovery’ of monoliths at multiple locations have triggered a meme fest online. As jokes continued about their extraterrestrial links, desi folks on Twitter have unleashed their ideas on what would happen if monoliths were found in India. And, the results are hilarious.

The blink-and-miss shiny metallic monoliths were first spotted in the US and Romania and then spread to various other location. While major global brands in the US used it to create memes to advertise their products, people in India are showing how the metallic column would be vandalised — either with bills plastered on it or couple etching their names on it.

If monolith was found in India 🇮🇳

If monolith was found in india – (toilet version) pic.twitter.com/WEjfPygdHJ

If #Monolith appears in India, scene on next day will be: pic.twitter.com/nSuM2AmZVo

If Monolith appears in India 🤣🤣🤣

RTs if you liked it pic.twitter.com/Jl95xO6YZ5

if monolith appears in India pic.twitter.com/VBnDoLI7X7

Remember that Monolith they found ?
If it was in India ! Because we are like this only !!#laughteristhebestmedicine pic.twitter.com/kZIb9uvzJo

Literally nobody :
Indians using anything for stumps : pic.twitter.com/aDxUaFFFZx

The appearance of a metallic structure in Utah desert in late November left the world flummoxed, even drawing comparisons with Stan Kubrick’s sci-fi classic ‘2001: A Space Age Odyssey’. However, more than its unexplained appearance, it was its disappearance that got everyone talking and even led to wild theories linking it to aliens.

Since then, the shiny columns have been spotted and subsequently vanished in Romania, California, England’s Isle of Wight, Netherland and in Colombia. Countless replicas were reported outside many businesses in the US in a bid to draw crowd hit by the coronavirus pandemic.