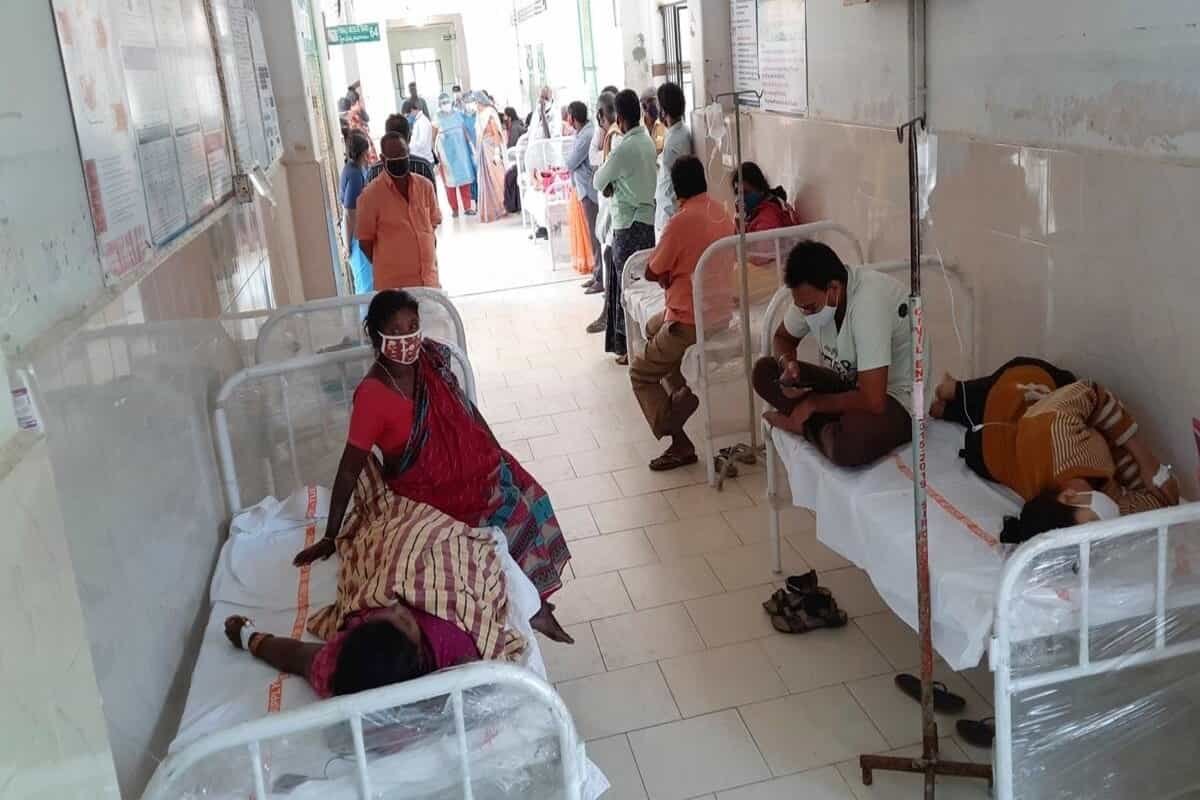 At least six persons, who suffered seizures due to the mystery illness in Eluru town in West Godavari district of Andhra Pradesh on Sunday and Monday, suffered a second attack on Tuesday and were readmitted to the Eluru Government Hospital.

In-charge Resident Medical Officer Dr P R Srinivas told The Indian Express: “At least six persons were readmitted on Tuesday. We thought it was a one-time attack but on Tuesday six persons were brought again after they suffered seizures and vomited. They had suffered from the mystery illness on Sunday or Monday and were treated and discharged. But on Tuesday, they again suffered an attack. They have been kept under observation.”

“The number of cases has reduced drastically. From Tuesday evening till Wednesday morning, in a period of 12 hours, we just received four cases, of which two had suffered seizures while two complained of giddiness. About 40 people are undergoing treatment and they would be discharged by afternoon,” the doctor said.

Chief Minister Y S Jagan Mohan Reddy has ordered a probe to find out the source of possible contamination of drinking water in Eluru. A preliminary report by the All India Institute of Medical Sciences (AIIMS) New Delhi of analysis of blood samples of some of the victims mentioned traces of heavy metals like lead and nickel. A team comprising officials of the health department, Eluru Municipal Corporation, revenue department and scientists has been put together to search for the source of contamination.

Health Minister A K Krishna Srinivas said that Eluru receives drinking water through two canals and officials will trace the route to find out if there is any contamination at any point. “As the canals pass through agriculture fields we are looking at the possibility of contamination due to pesticides,” an official said.

The team of scientists from the National Institute of Nutrition (NIN) Hyderabad, headed by Dr J J Babu Geddam, head of the Clinical Epidemiology Division, which is in Eluru has completed the process of collection of samples. “We have collected biological samples from the hospital as well as the affected and unaffected areas. We also collected water and food samples from several affected persons. The process is complete and we will submit a report on Thursday or Friday. A comprehensive report will be submitted next Monday,” Dr J J Babu said.

Officials said that all the scientists and public health experts are zeroing in on the possibility of water contamination by heavy metals.

Allahabad HC: UP Police charge against Tablighi reflects abuse of power of law