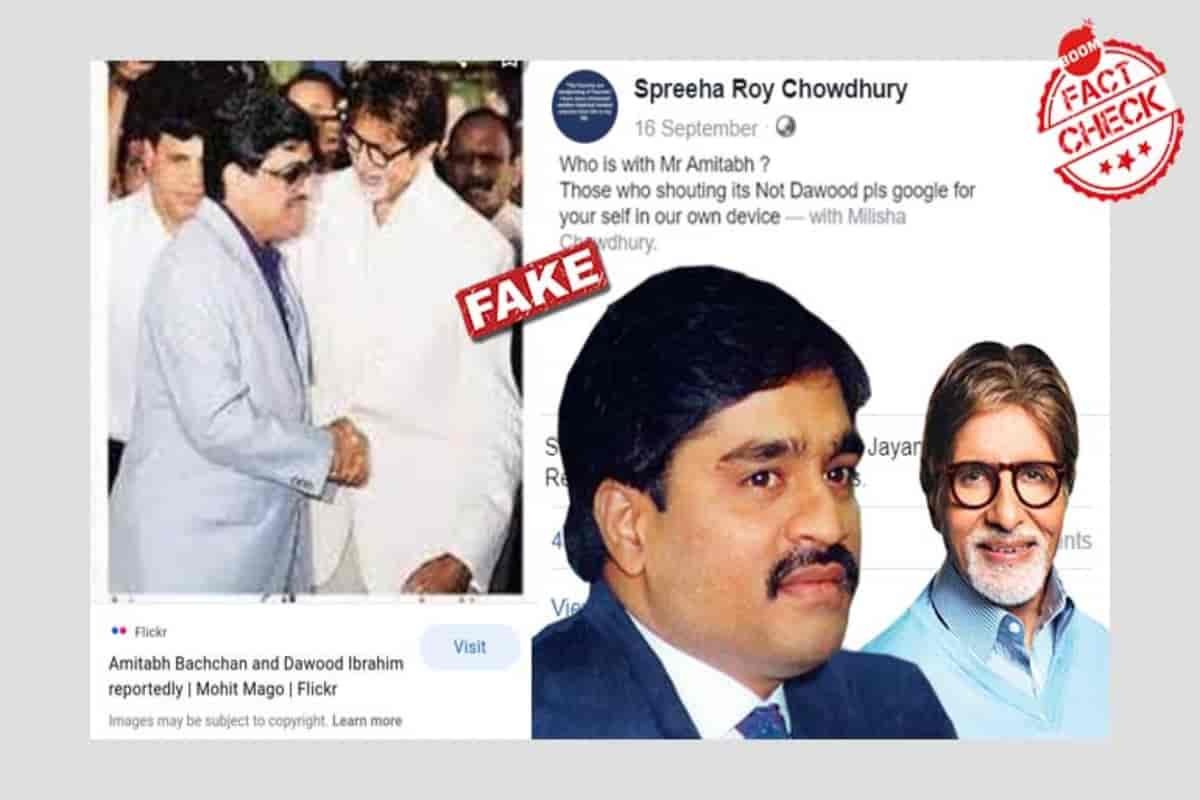 Mumbai, A picture of Bollywood kingpin Amitabh Bachchan is going viral on social media very fast. In this photo, Big B is seen shaking hands with a person. It is claimed that the person in the picture is Amitabh Bachchan.

He is none other than the underworld don Dawood Ibrahim. This guy looks exactly like David. Amitabh Bachchan is being trolled after this picture went viral on social media, to which Abhishek Bachchan has responded. The caption to the viral image reads, “I am your father, but I am your slave.”

The picture shared with the caption is old but now when Jaya Bachchan expressed her views on Bollywood and drug connection in the Rajya Sabha, the picture is now going viral. But Abhishek Bachchan, who came to his father’s rescue, has clarified this. Replying to a Twitter user who shared this picture, Abhishek writes, ‘Bhai Saheb, This photo is of my father Amitabh Bachchan and former Maharashtra Chief Minister Shankar Rao Chauhan.

After Abhishek’s reply, the user deleted the photo. Speaking of work front, Amitabh Bachchan is currently shooting for Kaun Banega Crorepati. Big B is currently back beating Coro. So he doesn’t want to make any compromises with his health. He was the target of Big B trolls for his face shield. Because the shield was covered with his nose and eyes but not Moe’s.