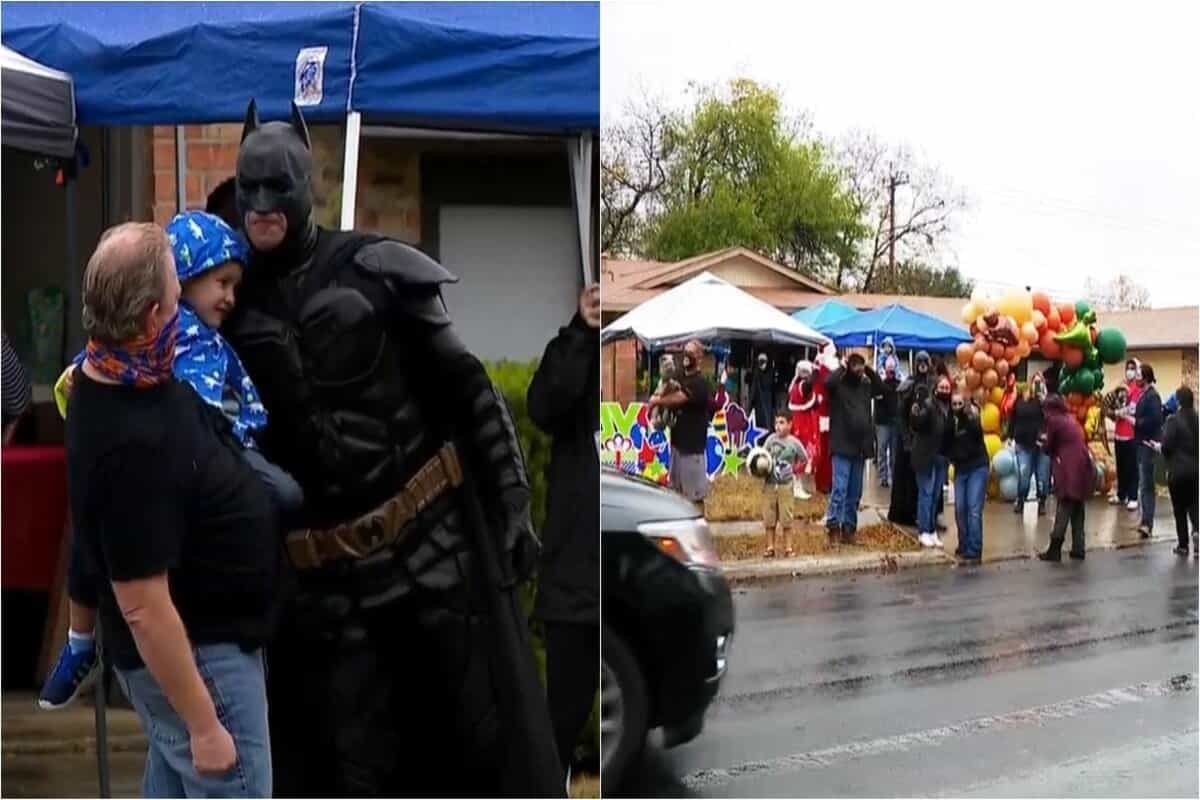 In a heartwarming gesture, community members and law enforcement agencies in Texas united to organise a special parade for a little boy’s birthday after he lost both his parents to Covid-19.

Raiden Gonzalez, from San Antonio in Texas, turned five recently and people of the town answered his family’s appeal to turn up for him. A drive-by parade was organised for Gonzalez that saw even cars of San Antonio Police Department and fire trucks of SAFD joining the procession. The celebrations included everything Raiden loves — Santa and Mrs Claus, dinosaurs and plenty of birthday cake.

Raiden lost his father, a truck driver, in June and just after four months his mother, a school teacher, too passed away. He is presently being looked after by his grandmother.

The family, which had set up a GoFundMe account for Raiden to help with finances to arrange his parents funeral, had appealed to locals to help them make his birthday special. Raiden’s story moved people from all over the world and he received overwhelming support leading up to the weekend’s big celebration.

However, the family pointed out that it was still not easy for the little boy. Talking to GMA, his grandmother said, “Raiden understands what happened with his father and that his dad is an angel, but he can’t process yet that Mariah is gone and she is an angel too. There are times when he has his moments. He’ll ask why he can’t have his mommy back.”