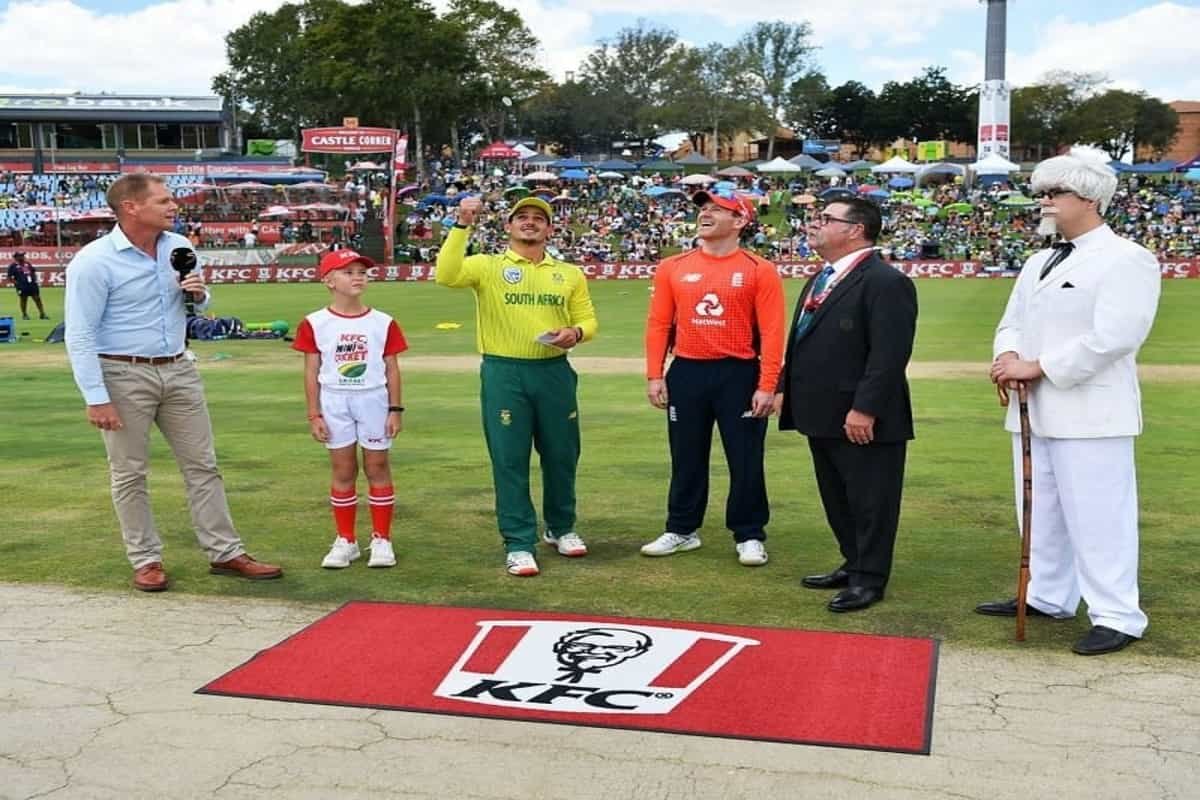 South Africa will take on a touring England side in the first T20I of a 3-match series at Newlands, Cape Town on Friday. Quinton De Kock will lead the Proteas in both formats, while Eoin Morgan will captain England in both formats.

South Africa has fielded a full-strength 24-man squad for the tour. Meanwhile, England has opted to rest Ben Stokes, Jofra Archer, and Chris Jordan for the ODI series.

It will be interesting to see how the Proteas perform amidst an internal conflict in their cricketing board.

The Newlands ground can be a very two-sided pitch. It offers plenty of assistance to the spinners, but it is also a good batting wicket. A total of around 170-180 runs will be a good score at this venue.

De Kock will be important for South Africa.

Quinton De Kock and Reeza Hendricks are likely to open the batting for the Proteas, with Rassie van der Dussen and Faf Du Plessis set to follow them. Heinrich Klaasen should make it to the playing XI on the back of his impressive performances in the ODI series against Australia. David Miller and Dwaine Pretorius are likely to complete the middle-order.

Kagiso Rabada, Lungi Ngidi, and Anrich Nortje will be the side’s main pacers alongside Pretorius. Tabraiz Shamsi will likely be the side’s main spinner. Andile Pheklukawayo could replace Reeza Hendricks if the team want to play an extra bowler.

Jos Buttler impressed at the top of the order against Australia.

England may face a selection crisis at the top of the order. With some of their main players returning to the side, England has to decide if Jos Buttler should open the batting. Jason Roy is more likely to open with Buttler than Jonny Bairstow, who had a rather inconsistent IPL season.

Sam Curran should feature as the side’s main all-rounder ahead of Tom Curran. Jofra Archer, Chris Jordan, and Adil Rashid are also sure to feature in the playing XI. It will be a toss-up between Reece Topley and Mark Wood for the third specialist pacer slot.

England will have the edge over the hosts for this encounter given that they have had plenty of international cricketing action ahead of this tour. South Africa are yet to find their best playing XI and this could affect how they perform in the game.