Route suspension for 2 weeks due to Kangana flight chaos: DGCA 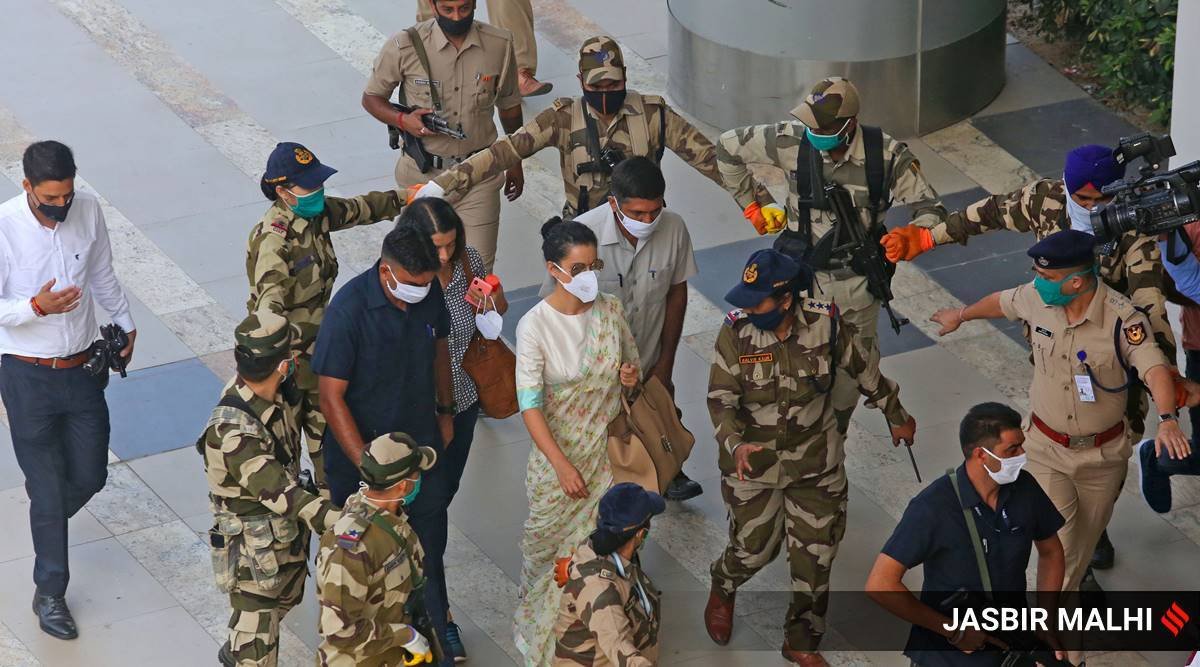 NEW DELHI: India’s aviation regulator on Saturday warned airlines that a repeat of the unruly scenes witnessed on an IndiGo aircraft that flew actor Kangana Ranaut from Chandigarh to Mumbai. It will lead to the carrier being suspended from operating the route — on which such a violation takes place — for two weeks.

The Directorate General of Civil Aviation (DGCA) also slammed IndiGo for failing to prevent the frenzied behaviour on the aircraft upon touch down in Mumbai by allowing so many “big cameras” on the flight. It is not anticipating the fallout that was eventually witnessed.

Citing aircraft rules, the DGCA issued an order on Saturday saying: “No person shall take, or cause or permit to be taken, at a government aerodrome or from an aircraft in flight, any photographs except in accordance with and subject to the terms and conditions of permission in writing granted by (certain designated aviation officials)… This permission is, however, not applicable when such aircraft is landing, taking off or on the ground at a defence aerodrome.

It has been noted that at times. The airlines have failed to follow these stipulations primarily due to lack of diligence on their part. Needless to say that such deviations result in a compromise in maintaining the highest standards of safety and therefore, is not to be allowed.”

“Keeping this in mind, it has been decided that from now on, in case any such violation occurs on any scheduled passenger aircraft – the schedule of flight for that particular route shall be suspended for a period of two weeks from the next day, that is the day following and shall be restored only after the airline has taken all the necessary punitive action against those responsible for the violation,” it adds.

The DGCA was of the view that IndiGo ground staff at Chandigarh should not have allowed so many “big cameras” on board the flight to Mumbai this Wednesday. If the airline ground staff felt they could not stop passengers, they should have taken help from security personnel, it noted

In a hard-hitting letter to IndiGo president and COO Wolfgang Prock-Schauer after examining the airline’s report, the DGCA said: “…A number of violations have happened on the day and IndiGo has not only failed to prevent the incident. It also failed to take suitable and effective remedial measures.

The violations are as under: A number of persons from media carried their camera and did the recording, while boarding the flight at Chandigarh. They also did recording & live streaming inside the passenger cabin without any express permission from the DGCA for the same.

However, the crew failed to inform the CISF about these activities and stop them. Such laxity on the part of the Crew results in a violation of rules.”
“While boarding, during flight and even after landing, the passengers were flouting instructions given by the crew and thus seems to indulge in unruly behaviour (which) is again a violation of provisions of (rules)… the airline has failed to initiate any action in this respect.”

In view of above, IndiGo is directed to initiate suitable action against all those, who are responsible for above-mentioned violations of the regulatory provisions & guidelines and submit an action taken report within 15 days, failing which suitable action will be initiated against the airline,” it added.

On its part, IndiGo had on Friday said in a statement about flight 6E 264 that its “cabin crew, as well as the captain, followed all the requisite protocols. The announcements were made to restrict photography, follow social distancing and maintain overall safety. It also followed the requisite protocol of documenting this matter in its post-flight report. There are committed to providing a safe, hassle-free experience to our passengers.”

IPL 2020 LIVE: IPL in Empty Stadium, Perfect arrangements to show the presence of cheerleaders and fans