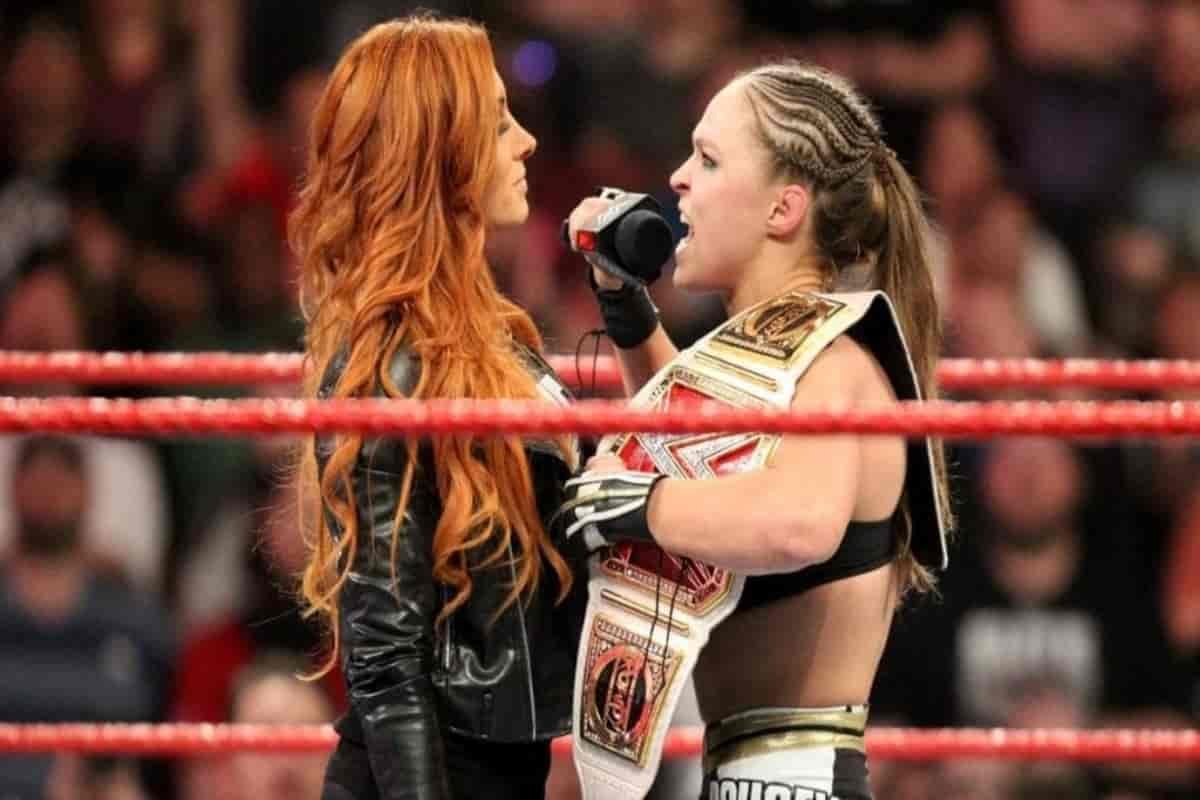 She took a jibe at Becky Lynch and Rollins in her latest stream. The Baddest Woman on the Planet wasn’t happy with Becky’s rating in the game. The Former WWE RAW Women’s Champion Ronda Rousey had recently streamed WWE 2K Battlegrounds on her official Facebook handle.

• The Baddest Woman on the Planet took a shot at Becky Lynch during the stream and decided to not open her box while playing the game.

• She was also not thrilled when she saw that Becky’s rating was 92, which was the same as her.

• They gave Becky the same as me? She knows that’s bulls*t. You know that’s some bulls*t.

I’m gonna leave Becky Lynch’s box alone. I don’t want any ginger box, nobody does. Except for maybe Seth Rollins, but you know… that’s his thing.

She was heading into WrestleMania 35 Both the wrestler Ronda Rousey and Becky Lynch didn’t hold anything back while taking shots at each other on social media. Lynch went as far as taking a major shot at Travis Browne, Ronda’s husband. Rousey hit back by calling Becky by her real name and slamming WWE as well.

At WrestleMania, Becky Lynch won the RAW and SmackDown Women’s titles by defeating Rousey and Charlotte Flair in the first-ever Women’s main event in WrestleMania history.

She hasn’t been seen on WWE TV ever since.

The fans have never got to witness a singles encounter pitting these two arch-rivals.

Predictions for WWE Raw, SmackDown and Dynamite for Week of September 21