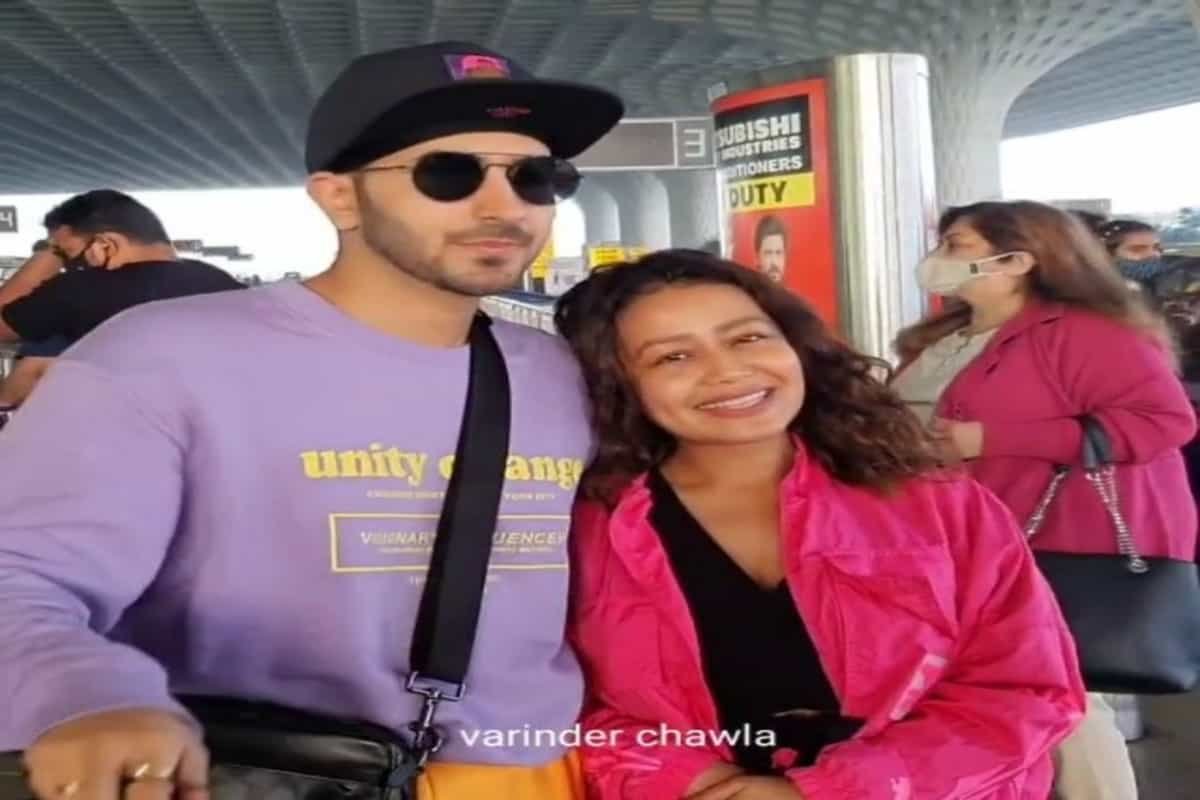 Neha Kakkar and Rohanpreet Singh surprised their fans when they posted a photo where she is seen flaunting her baby bump. A few hours after their post, the couple was spotted at the Mumbai airport and guess what, there was no baby bump. The couple happily posed for photographers. This has left the internet divided in two groups. While many believe that Neha is indeed pregnant, others say it’s a promotional stunt for probably a new song called Khyaal Rakhya Kar.

On Friday (December 18) morning, Neha Kakkar and Rohanpreet Singh were spotted at the Mumbai airport. A few hours before, she posted a photo of the two of them where she was seen flaunting her baby bump in a dungaree. Now, in her airport pictures, the singer was seen without any baby bump. She was wearing a pink track suit with black T-shirt. However, it appeared that she was trying to hide her belly with her bag.

Neha Kakkar shared a photo with Rohanpreet Singh where she is seen cradling her baby bump. She captioned the photo, “#KhyaalRakhyaKar,” followed by a heart emoji. Neha’s husband, Rohanpreet Singh, also took to his Instagram account to post the photo with the same caption. On Neha’s post, he commented, “Ab toh kuch zyada hi khyaal rakhna parhega Nehuuuuu (Now, we’ll have to take extra care) (sic).”

Neha Kakkar and Rohanpreet Singh got married on October 24. After her wedding, Neha appeared on Salman Khan’s Bigg Boss 14 and had revealed that she fell in love with Rohanpreet when she first met him on the sets of her song Nehu Da Vyah and instantly decided to marry him.