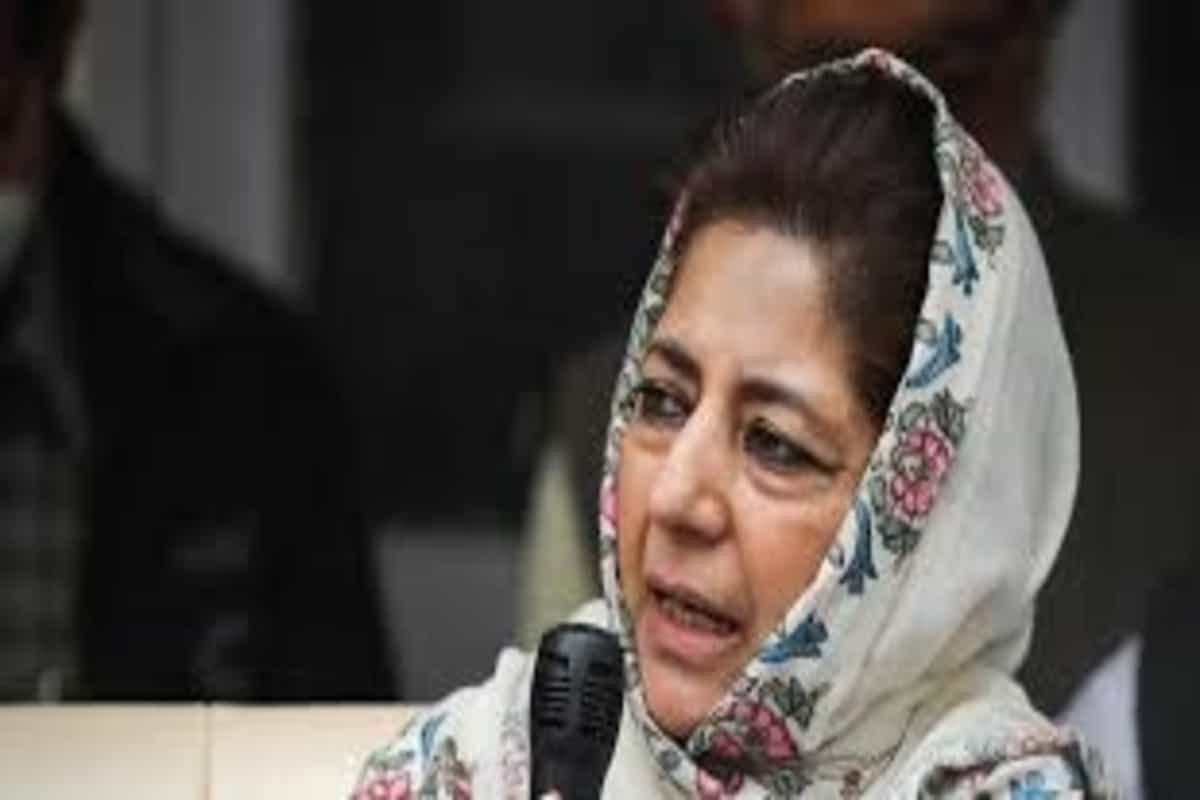 Former J&K chief minister and Peoples Democratic Party (PDP) president Mehbooba Mufti on Tuesday said that the police “once again” prevented her from leaving her house.

Mufti was scheduled to visit Budgam to meet families evicted from their forest dwellings.

As Mufti was to leave her Fairview residence in Srinagar, the gates were locked, the PDP stated.

“PDP president Mehbooba Mufti was illegally detained at her residence in Srinagar and not allowed to move out,” the party said in a release. “The police and civil officers on the spot cited ‘ooper ke orders’ (orders from above) for this illegal move”.

“I’ve been detained once again because I wanted to visit Budgam where hundreds of families were evicted from their homes. GOI wants to continue inflicting oppression & zulm on the people of J&K without any questions asked.”.