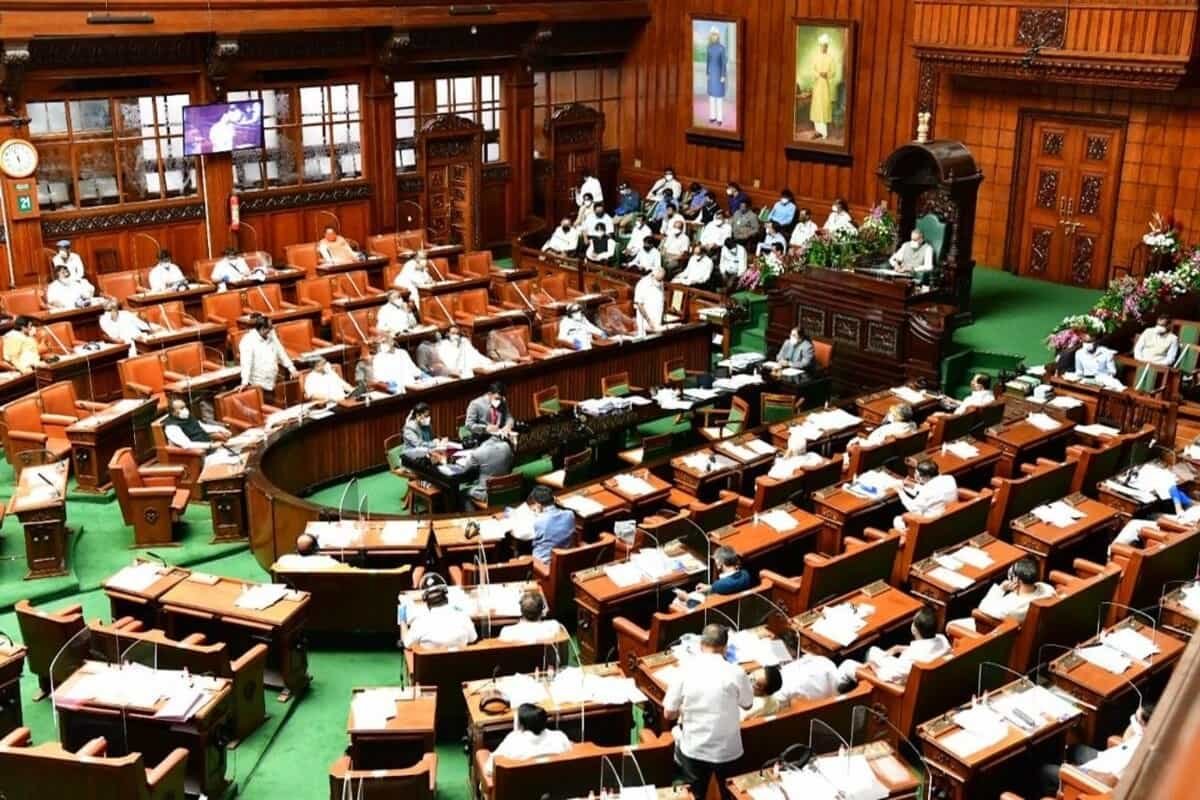 Karnataka’s BJP government tabled and passed a Bill in the state Assembly Wednesday, banning cow slaughter. The Opposition Congress and JDS staged a walkout, protesting the manner in which the Bill was passed without a debate in the House.

The Karnataka Prevention of Slaughter and Preservation of Cattle Bill, 2020, which envisages a ban on all forms of cattle slaughter and stringent punishment for offenders, is a revised version of a Bill that was passed in 2010 when the BJP was in power.

The 2010 Bill was shelved in 2013 by the Congress government after it did not receive the Governor’s assent. The Congress had reverted to the less stringent Karnataka Prevention of Cow Slaughter and Preservation of Animals Act, 1964, which allows cow slaughter with certain restrictions.

While the 1964 law banned the killing of “any cow or calf of she-buffalo”, it allowed the slaughter of bullock, buffalo-male or female if it was certified by a competent authority to be above the age of 12 years or incapacitated for breeding or deemed sick.

Under the Karnataka Prevention of Slaughter and Preservation of Cattle Bill, 2020, cattle has been designated as “cow, calf of a cow and bull, bullock and he or she buffalo” and their slaughter is banned. The only exemptions under the 2020 Bill are buffaloes above the age of 13 years and certified by a competent authority, cattle used in medical research, cattle certified for slaughter by a veterinarian to prevent spread of a disease, and very sick cattle.

Like the 1964 and 2010 laws, the new law passed in the state assembly also designates the slaughter of cattle as a cognizable offence — where arrests can be carried out without court warrants. The punishment, however, has been increased to three to seven years of jail or fines ranging from Rs 50,000 to Rs 5 lakh or both.

In the 2010 Bill which did not come into force, the prescribed punishment ranged from one to seven years of jail or fines from Rs 25,000 to Rs 1 lakh. In the 1964 law, the punishment is six months of imprisonment and a fine up to Rs 1000.

The new Bill also prescribes new punishments for transport of cattle, sale of meat and purchase or disposal of cattle for slaughter — a prison term of three to five years and a fine of Rs 50,000 to Rs 5 lakh.

After tabling the Bill, Prabhu Chavan, minister for animal husbandry and fisheries, said: “The Bill provides stringent punishment for violations and also provides power for search and seizure of any premises which includes vessel or vehicle.”

“It is considered necessary to repeal the Karnataka Prevention of Cow Slaughter and Cattle Preservation Act, 1964 to prohibit the slaughter of cattle and for the preservation and improvement of the breeds of cattle and to endeavour to organize agriculture and animal husbandry in terms of Article 48 of the Constitution of India by enacting a comprehensive legislation,’’ he said.

In saffron shawls, all BJP members of the assembly attended the post-lunch session where the Bill was tabled.

The Opposition Congress and JDS claimed that the Bill was brought to the House out of the blue.

Leader of Opposition and former Chief Minister Siddaramaiah, who staged a walkout after the Bill was passed, said: “Never in the history of the Karnataka legislature has a Bill been bulldozed through the House in this manner. This Bill was not mentioned in the Business Advisory Council meeting. We said we would like to debate the Bill, give us time but the Speaker has not allowed it. We will boycott the House today and tomorrow also if this is the way it is going to be run.”

“With the gram panchayat polls coming up, they want to use this issue electorally and that is why they have passed the Bill in great hurry without allowing a debate,’’ Siddaramaiah said.

JDS leader H D Kumaraswamy said: “Yesterday at the Business Advisory Council meeting, it was said that only urgent matters will be taken up and now a unilateral decision has been taken to table the Bill.’’

Chief Minister B S Yediyurappa said it was necessary to get the Bill passed in the assembly Wednesday itself since it has to be cleared by the legislative council by Thursday evening when the legislative session is due to end.

Speaker Vishweshwar Hegde Kageri said the Business Advisory Council meeting of the assembly Tuesday, which decided to curtail the legislature session, was informed that laws existing in the form of ordinances and special Bills will be taken up for clearance though no specific mention of the Bills were made. “This was announced in the House as well,’’ he said.

Discussions took place, happy to do whatever is best for team: Steve Smith on returning to captaincy