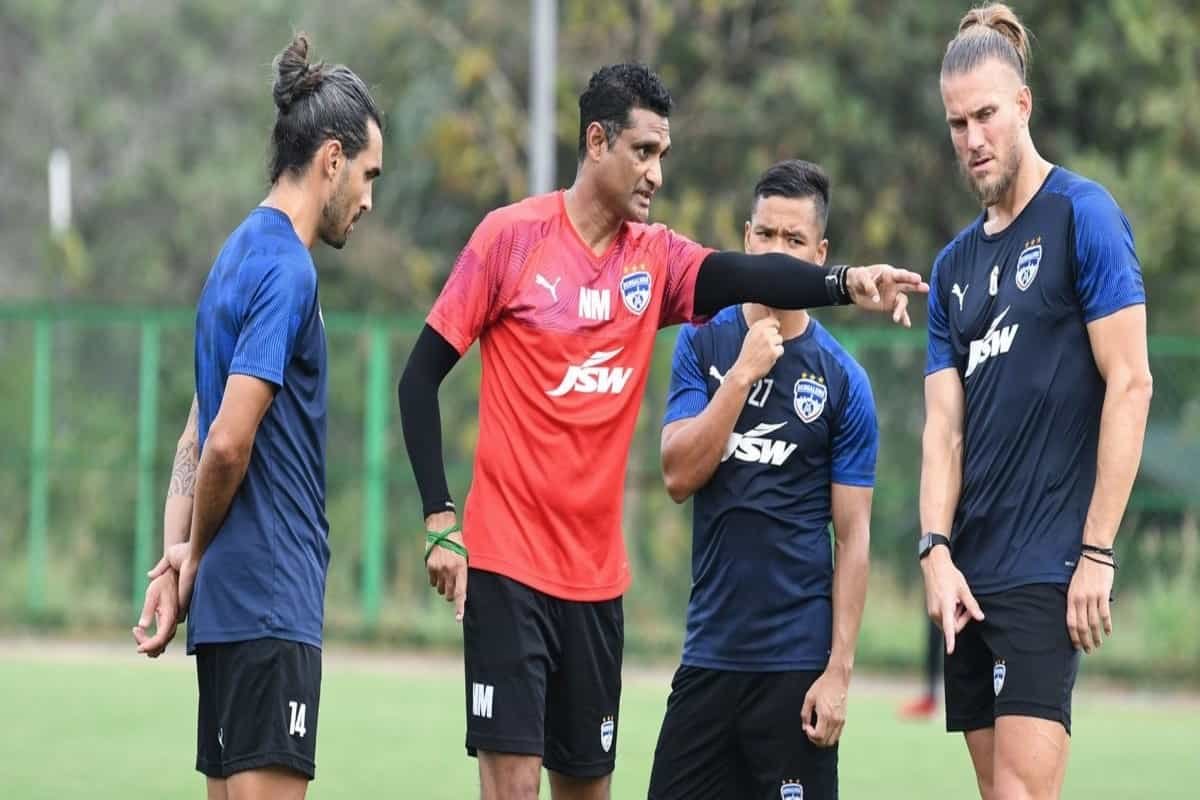 The weekend action in the Indian Super League (ISL 2020-21) kicks off with Bengaluru FC taking on SC East Bengal. The encounter will take place at the Jawaharlal Nehru Stadium in Margao.

Bengaluru FC are fifth in the ISL standings with a total of 12 points over nine matches. The Blues have won, lost, and drawn three matches each in the competition.

SC East Bengal are positioned ninth in the ISL points table with 7 points from nine games so far. They have drawn and lost four matches with a single victory to their name in their first ISL campaign.

Head coach Carles Cuadrat’s tenure at Bengaluru FC ended after the Blues lost three matches in a row against ATK Mohun Bagan, Jamshedpur FC and Mumbai City FC. The recent 3-1 loss against the Islanders was the last straw as Cuadrat parted ways with Bengaluru FC.

Longtime assistant coach Naushad Moosa will take charge of the side in the interim for the remainder of this year’s ISL season. The Karnataka-based club will hope that they are able to smoothly transition under new leadership.

The Blues were undone by the attacking firepower of the Islanders and will hope their defence recovers from the big loss. Striker Sunil Chhetri was on target from the penalty spot and will aim to carry his scoring form ahead.

SC East Bengal come into the clash against Bengaluru FC on the back of a draw against FC Goa. They are on an unbeaten run of four matches with one win and three draws.

Overseas signings Anthony Pilkington and Matti Steinmann continue to be impressive in the midfield. New recruit Bright Enobakhere has started out on a strong note in his debut ISL season with two goals in two matches.

English coach Robbie Fowler will hope that his side are able to continue their positive run when they take on Bengaluru FC.

When does the ISL match between Bengaluru FC and SC East Bengal kick off?

Where and how to watch Bengaluru FC vs SC East Bengal on TV?

How to watch live streaming of Bengaluru FC vs SC East Bengal?