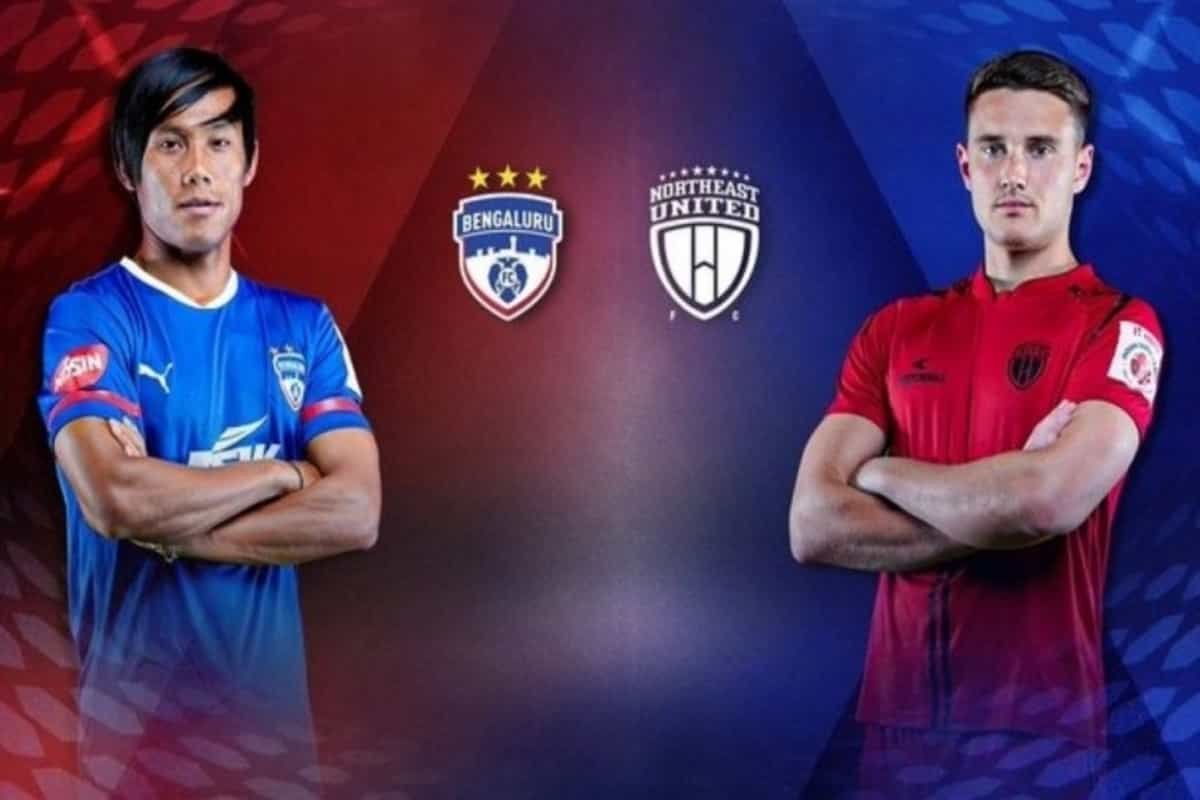 The seventh season of the Indian Super League (ISL) brings up a clash between two in-form sides as Bengaluru FC take on NorthEast United FC. The match will be held at the famed Fatorda Stadium behind closed doors.

Bengaluru FC finally got a win in their ISL 2020-21 campaign when they defeated Chennaiyin FC by a slim margin of one goal. The skipper Sunil Chhetri scored from the penalty spot to seal the win for the Blues.

Head coach Carles Cuadrat changed his defensive set up to deal with the physical Chennaiyin FC attack. He used four defenders at the back instead of the usual three. Cuadrat is likely to stick with the same system when they take on the Highlanders, who also have sturdy, physical attackers in their line-up.

NorthEast United FC have started their ISL season on a bright note, with two wins and two draws in their four matches. They defeated ISL newcomers SC East Bengal in their previous fixture, with a convincing 2-0 margin.

The Highlanders have displayed great discipline in their defence and the team has kept two clean sheets so far. Head coach Gerard Nus will hope that his side is able to maintain the consistency against Bengaluru FC.

You can also follow Sportskeeda’s match center for the match between Bengaluru FC and NorthEast United FC, which will be bringing you all the updates from the match and ISL live in real-time.

Head coach Carles Cuadrat used Juanan and Rahul Bheke as the central defenders, along with Harmanjot Khabra and Ashique Kuruniyan on the flanks. Sunil Chhetri got his first goal of the ISL 2020-21 season against Chennaiyin FC and the Blues’ skipper will aim to carry on the momentum ahead.

Head coach Gerard Nus will perhaps face one of the toughest challenges of his debut ISL campaign when his side takes on Bengaluru FC. Nus used both Idrissa Sylla and Kwesi Appiah in their win over SC East Bengal. We could see the two new signings take the field against Bengaluru as well.

At what time does the match between Bengaluru FC and NorthEast United FC kick off?

Where and how to watch Bengaluru FC vs NorthEast United FC on TV?

How to watch live streaming of Bengaluru FC vs NorthEast United FC?