Home - Sports - Cricket - India vs Australia: ‘That lbw was a strange one, umpire said nothing can be done’, Virat Kohli opens up on Wade review that caused confusion 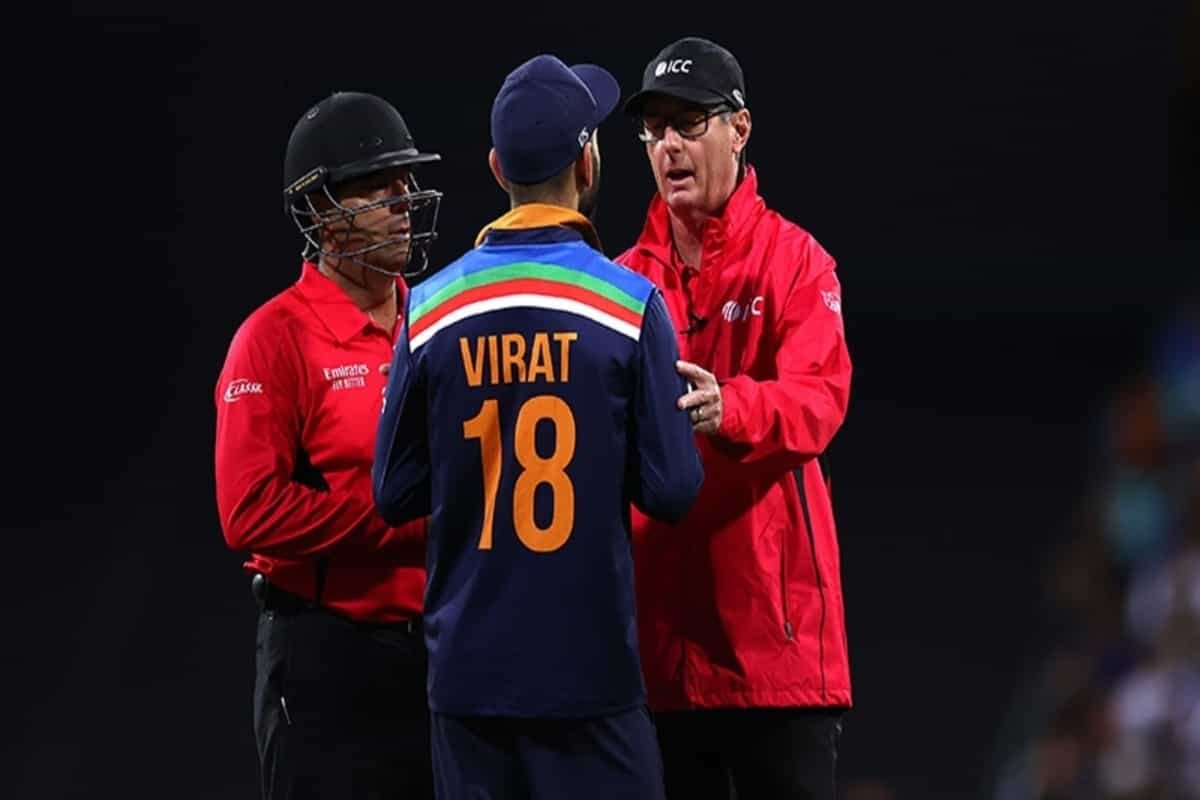 Australian wicketkeeper-batsman Matthew Wade could have been dismissed if India hadn’t missed out on a perfect DRS call. As a result, the Australian stumper added 30 more runs to his name and scripted Australia’s 13-run in the third and the final T20I at the Sydney Cricket Ground on Tuesday.

The 30 extra runs that Australian keeper-batsman Matthew Wade scored after a lucky reprieve due to a delayed DRS call by the Indian team turned out to be decisive and skipper Virat Kohli termed the late reaction as “unacceptable”.

“I had a chat with Rod (Tucker, the umpire) and said: ‘what do we do in this situation’ and he said ‘nothing can be done. It’s a mistake from TV’,” he further added.

The incident happened in the 11th over when Wade was trapped on the pads by a Natarajan delivery that straightened after pitching. While the umpire ruled it not out, the Indian team, after some deliberations, decided to appeal and the umpire signaled for DRS.

But Wade objected stating that the stipulated 15 seconds for taking a review were over for the Indian team and the decision of allowing the DRS was overturned.

“I thought from the management perspective, a message has to be passed that this can’t be done at the highest level because in a very important game, it can be very costly. It was a little bit of a miss from the TV guys upstairs and I am sure it won’t be repeated. No one wants to be in a situation where you lose out on a very important moment in the game” Kohli said.