Home - Sports - Cricket - ‘I saw his videos and decided will surely buy him’: Virender Sehwag recalls when KXIP bought T Natarajan for Rs 3 crores at 2017 auctions 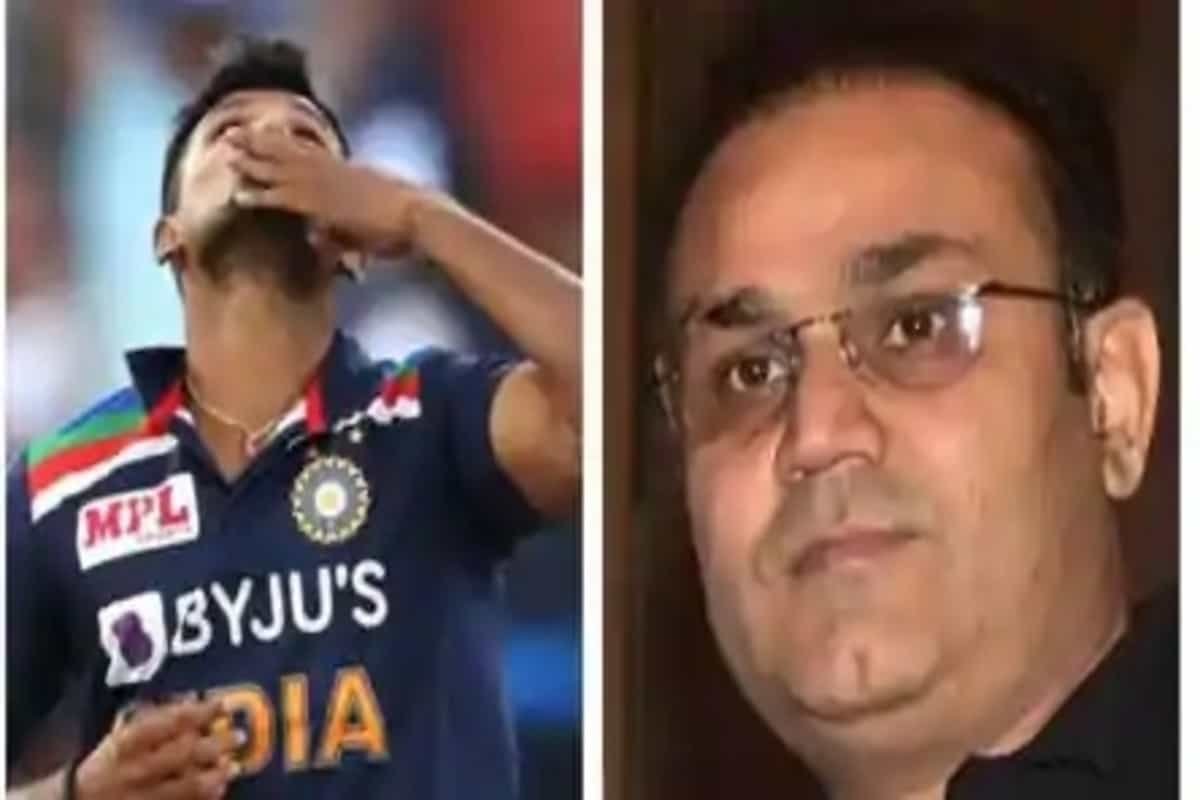 Left-arm fast bowler T Natarajan made his ODI debut for India in the 3rd ODI against Australia in Canberra on Wednesday. Facing an in-form Australia team that already had an unassailable 2-0 lead in the three-match series, Natarajan dismissed Marnus Labuschagne early on to showcase why he was one of the most talked about players during the Indian Premier League 2020 in the UAE.

Natarajan gave away 70 runs in his 10 overs and picked one wicket, but he showed moments of brilliance with the new ball – thus keeping scope of future ODI calls. On being asked about Natarajan’s debut during an interaction on Sony Sports Network by a fan, Sehwag recalled how Kings XI Punjab had bought the seamer for Rs 3 crore ahead of the 2017 season – a decision that was questioned by cricket pundits.

“I was very happy because when I had picked Natarajan in the IPL for the Kings XI Punjab, everyone was asking questions that this player has come who has not even played domestic cricket and came after playing just the TNPL league, so how he was picked at such a huge price,” Sehwag, who was KXIP mentor at the time, said.

“I was not bothered about the money but there is a talent. We had a few Tamil Nadu players in our team at the time who told me that he is a very good player who bowls very well in the slog overs and delivers a perfect yorker.

“I saw his videos and then decided that we will surely take him at the auction because we did not have a death bowler. Unfortunately that year, he had an injury to the elbow or the knee because of which he could not play too many matches. But we won only the matches that he played in and lost all the other matches,” Sehwag added.

“So I was very excited to see that he was getting an opportunity although I was thinking that he would be given a chance in the T20Is but it was a surprise for me that he was played in the ODIs.

“But whatever happened was good. All the best to T Natarajan. I hope that he keeps on doing well from here and makes his place in the Indian team,” Sehwag signed off.

India picked a consolation 13-run win in the 3rd ODI against Australia. The two teams will play three-match T20I series starting from Friday.

On coronavirus vaccine in India, AIIMS Director hopeful of emergency use approval by December-end