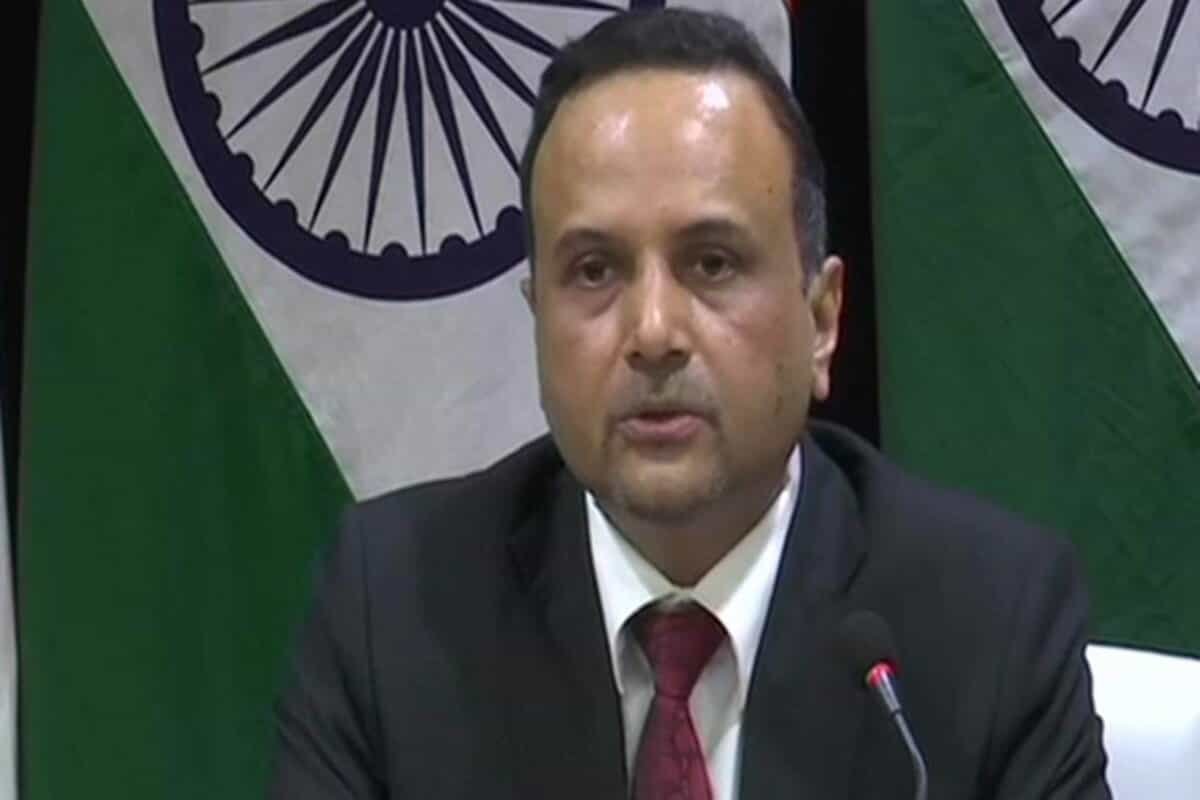 A DAY after The Indian Express reported that at least one Communist Party of China (CPC) member was hired by the Indian consulate in Shanghai, the Indian government on Thursday said that while the hiring of local staff requires approval of local authorities in certain countries, all Indian embassies and consulates “ensure due security precautions”.

Responding to questions at the weekly briefing on Thursday, the Ministry of External Affairs’ official spokesperson Anurag Srivastava said, “We have noted the media reports in this regard. And we are not in a position to independently verify the data. In certain countries, the hiring of local staff requires the approval of local authorities. However, all our missions and posts ensure due security precautions in this regard.”

Chinese embassy spokesperson Ji Rong said on Thursday the CPC is the vanguard of the Chinese working class, the Chinese people, and the Chinese nation. The 92 million CPC members are outstanding people in all walks of life playing a vanguard and exemplary role.

“Hyping up the “China Threat Theory” and “demonizing” the CPC members by certain anti-China forces is in essence intending to provoke ideological confrontation, mislead the public with ulterior motives, and attempt to revive “McCarthyism” in the 21st century. Such actions on the basis of ideology is very dangerous. Anyone with reason, conscience and a sense of justice will not accept it,” Ji said.

The Indian Express reported on Thursday that at least seven branches of the CPC have an India connection, and at least one CPC member was hired by the Indian consulate in Shanghai using the services of a Chinese state-owned recruitment agency, according to data shared by a source with an international consortium of journalists.

According to the dataset, the seven CPC branches with an India connection cumulatively have 91 party members. Separately, a list of local Chinese professionals hired by as many as 30 foreign consulates using the services of Chinese state-owned Foreign Agency Service Department, includes one such professional employed by the Consulate General of India in Shanghai.

The Indian Express withheld the name, sex, date of birth, ethnicity and employment details of the person due to privacy concerns. This local Chinese served in the Indian consulate in Shanghai for three years from mid-2014 to mid-2017.

The data on CPC branches and memberships, first shared in private chatrooms in China in 2016, was made available to The Inter-Parliamentary Alliance on China (IPAC) and a consortium of global media organisations recently. The IPAC is a global cross-party group of legislators working towards reform on how democratic countries should approach China. Internet 2.0, a Canberra-based cyber security firm, which had earlier verified the Zhenhua data source, made an assessment of this data too.