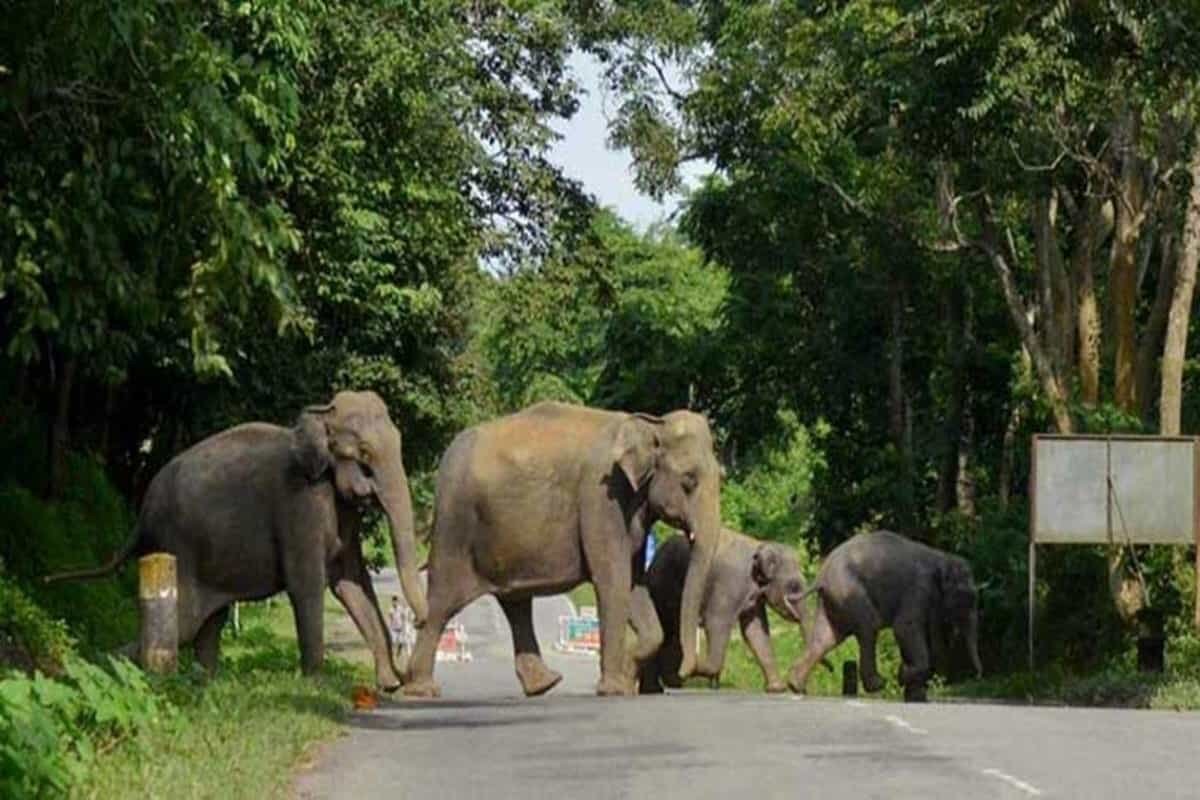 ELECTRIC fences put up by villagers to protect their crops and homes from wandering pachyderms claimed three more elephants in Assam’s Chirang district this month, with the last one on Wednesday. Officials said the one killed on Wednesday was pregnant.

This takes the number of elephants killed in similar incidents since August in the vicinity of the Manas National Park, amid a growing human-elephant conflict, to six. “At least five elephants have been electrocuted in Chirang alone since August. Villagers steal power to electrify their fences to prevent elephants from destroying their paddy fields,” said Gautam Talukdar, Deputy Commissioner, Chirang district.

Data shared by the Assam Forest Department show that the state saw 113 elephant deaths due to electrocution between 2009 and September 25, 2020, with several more casualties reported since.

Chirang Divisional Forest Officer (DFO) Brahmananda Patiri said seven people had been held for the five elephant deaths in the district. “We are in touch with Assam Power Distribution Company Limited (APDCL) and 29 transformers have been disconnected in the area, as per provisions of electricity rules (regarding improper use of power connections),” he said.

He said they had also approached officials of the Electricity Department for a way out. “We have spoken to APDCL and deputy commissioners of districts where such incidents are happening frequently.”

Bibhab Talukdar, secretary general of conservation NGO Aaranyak, said many of these deaths were “deliberate”. “The villagers harbour resentment because they are not compensated (by the government) for the damage to their crops and properties for years,” he said. “So they take matters into their own hands, build these live wire fences.”

Dr Bhaskar Choudhry, wildlife veterinarian of the Wildlife Trust of India (WTI), said unchecked sagging power lines were often to blame too. “The APDCL can at least try insulating wires at vulnerable locations, check sagging wires. Or, for that matter, look into the theft of power from domestic lines,” he said.

M K Yadava, Chief Wildlife Warden, Assam, said they were looking at a holistic approach now. “We have begun installing hanging solar-powered fences in places like Orang (National Park), Manas & Laokhowa. These are visible from a distance, and are more effective in keeping the elephants away. We are erecting tall (over 50 feet) towers to monitor movement of elephants in vulnerable areas… We have set up Mobile Anti Depredation Squads, armed with pump action guns and rubber bullets.” Additionally, Yadava said, they were trying to ensure that payment of compensation for crop damage does not take long, “so that farmers are more tolerant of the elephants”.

Forest and electricity officials are working together to create awareness, Patiri said. “We are putting up posters telling people about the situation.”

Farmers have the right to protest peacefully: Supreme Court