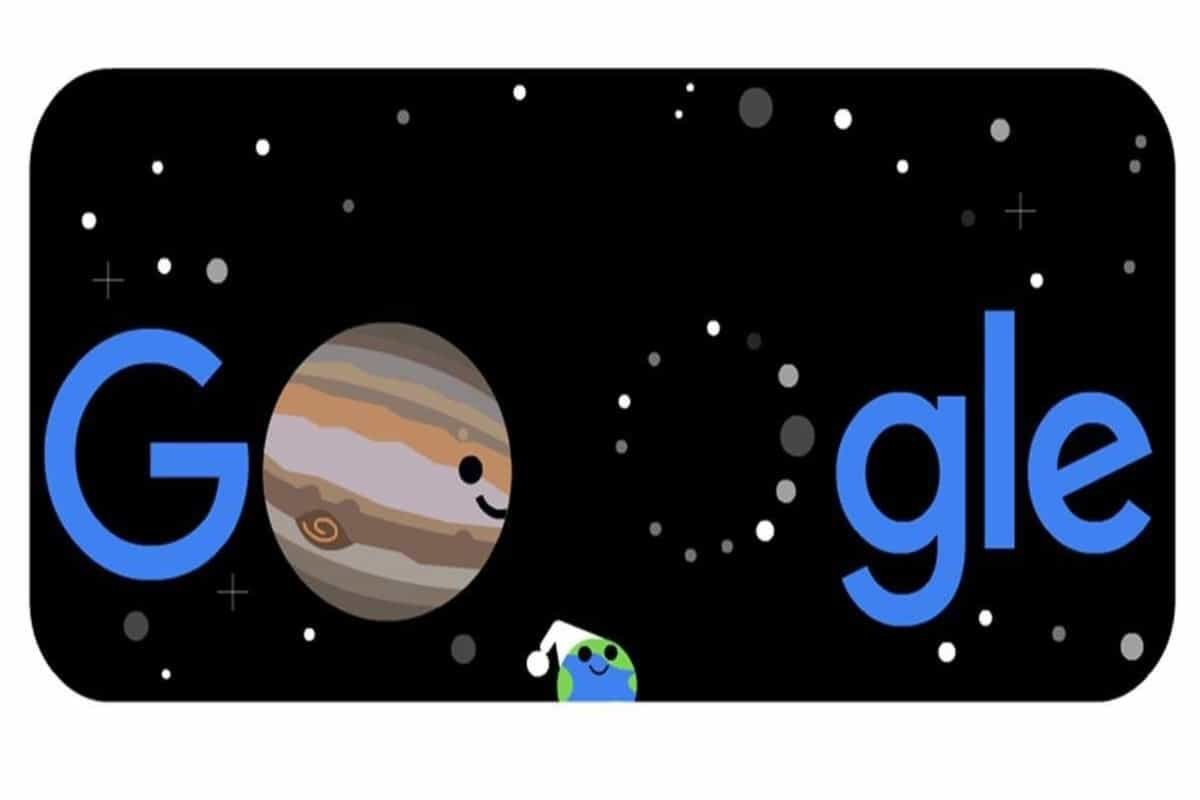 In collaboration with NASA, Google on Monday (December 21) showcased the winter solstice in the Northern Hemisphere in a doodle.

On Monday, as the Northern Hemisphere marks the beginning of winter, we’re also being treated to a rare and spectacular sight in the sky: the great conjunction. The great conjunction is a visual overlap of Saturn and Jupiter, our solar system’s two biggest planets, in the night sky. The planets will nearly overlap to form a “double planet,” an event that hasn’t been easily visible since the Middle Ages — almost 800 years ago. The celestial phenomenon can be witnessed from anywhere around the globe!

“Based on their orbits, from our vantage point on Earth, Jupiter and Saturn will cross within .1 degrees of each other (a fraction of the width of the full moon), a once-in-a-lifetime rendezvous recreated in the Doodle artwork. But looks can be deceiving, as the two gas giants will actually remain a vast distance of approximately 450 million miles apart!” Google said.

In the animated doodle, the Great Conjunction is exhibited as cartoon Saturn and Jupiter meeting up for a quick high five, and the winter solstice as the literally “snow-capped” Earth watching the other two planets.

Google and NASA have provided some tips on how best to see this spectacular great conjunction tonight — specifically December 21, 2020, the night of the winter solstice.