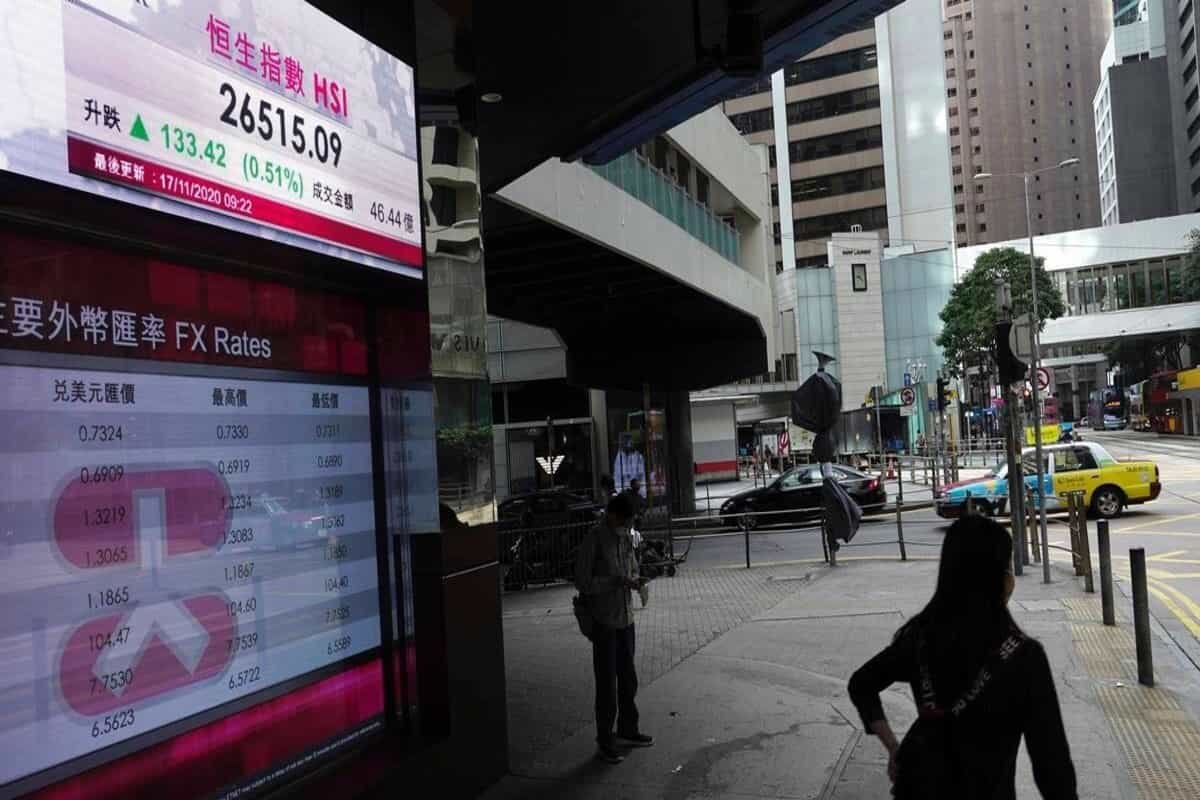 Asian equities eased from a record high on Thursday as stalled US stimulus talks and a sell-off in tech stocks weighed, while sterling traders sat on a knife’s edge as last-ditch Brexit negotiations yielded only an agreement to keep talking.

MSCI’s broadest index of Asia-Pacific shares outside Japan eased 0.3%, while Japan’s Nikkei fell by the same margin. Both are up more than 60% from March lows.

US Treasuries rose and the dollar steadied after a volatile overnight session in currency markets, with traders now looking ahead to a European Central Bank monetary policy meeting. Sterling teetered at $1.3363 as it awaits a Brexit resolution.

“The fall in tech stocks was a bit of a concern, given that they’ve risen in all market weather over the last six weeks, so to see them come off might signal that we’re looking at a short term corrective move.”

A near 2% drop in the Nasdaq on Wednesday was driven by a 1.9% fall in Facebook shares after US regulators filed lawsuits alleging the company used its dominance to buy or crush rivals, harming competition.

Meanwhile, breakthroughs were elusive in long-running US pandemic relief negotiations and talks between British and European Union leaders over trade arrangements post Brexit.

US lawmakers approved a stopgap government funding bill on Wednesday, but were unable to sort out disagreements over aid to state and local governments that are holding up a broader spending package.

Meanwhile, British Prime Minister Boris Johnson and the European Union’s chief executive gave themselves until the end of the weekend to seal a new trade pact.

The estranged allies remain far apart over issues from fisheries to dispute resolution. Some $1 trillion in annual trade is at risk of facing tariffs and quotas if a deal cannot be reached before transition arrangements end on Dec. 31.

Later on Thursday the European Central Bank is expected to unveil more bond buying and cheap loans to prop up the recession-hit currency bloc long enough for a coronavirus vaccine to be deployed.

Traders are also looking for what, if anything, the bank will do or say about a common currency that has surged nearly 14% from its March lows – hindering Europe’s exporters.

“We do not think there will be an explicit talking down of the euro, but expect ECB Chief (Christine) Lagarde to mention the central bank is keenly monitoring the currency strength,” analysts at Singapore’s OCBC Bank said in a note.

Elsewhere, faith in the recovery appears to be holding up, with oil prices steady despite a build-up in US inventories. Brent crude futures last sat 0.5% firmer at $49.09 a barrel and US crude was up 0.6% at $45.79 a barrel.

Treasuries traded firmly owing to uncertainty around US stimulus wrangling, and the yield on benchmark US ten-year treasuries fell 1.7 basis points to 0.9245%.

“For now, our assumption is a $700 billion COVID relief package,” they said, adding it would would be upgraded to between $1 trillion and $1.5 trillion if Democrats win the two seats.