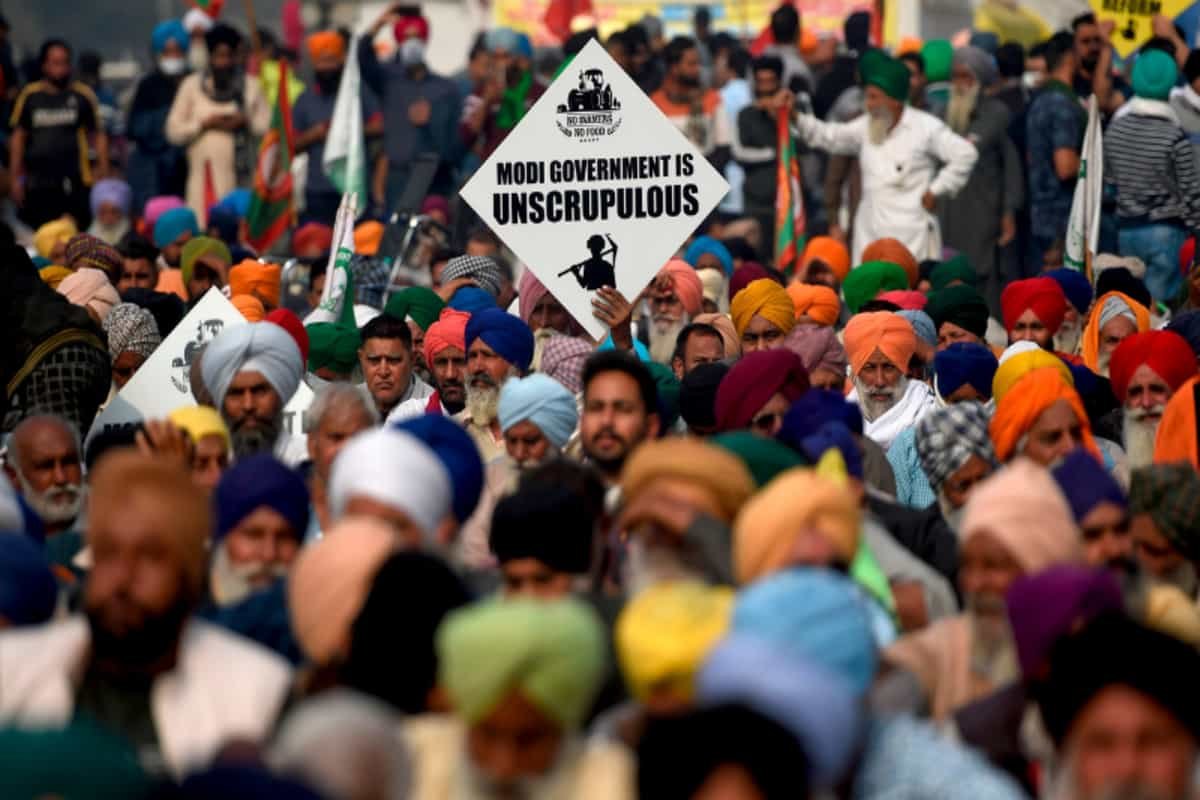 As the 1990s began, India found it difficult to pay interests on the $90 billion in foreign loans that had propped up a socialist system, triggering a balance-of-payments emergency. The country then turned to a burst of economic reforms to claw out of the crisis.

The Big Bang reforms of 1991 led by then finance minister Manmohan Singh cut some of the world’s highest taxes and tariffs, ended a system of government permits known as licence raj and devalued the currency. The reforms however bypassed India’s agriculture, dominated by heavy subsidies.

On Wednesday, a desperate Union government sent out a lengthy set of proposals to farm unions to mollify farmers protesting in thousands at Delhi’s borders against a set of sweeping farm-reform laws, the first attempt to open up the antiquated agriculture sector.

Farm unions however have stuck to their demand of scrapping three pro-market agricultural laws they say will hurt their livelihoods, dealing a blow to the Union government’s reformist agenda.

Farmers fear losing out to big corporations if private traders get a free-run in deregulated markets. The government says the changes will give farmers greater market access and spur investments.

The agriculture sector employs half of all Indians, but adds only 16% to the country’s gross domestic product (GDP), meaning far too many people are engaged in agriculture than is required to generate the same levels of farm incomes.

Some scholars, such as Ashutosh Varshney of Brown University, say a distinction needs to be made between “mass politics and elite politics” in debates around the “politics of economic reforms”.

“So, it is easier to do a stock-market reform or financial reforms because its scope is limited to a certain elite section of the population. But when it comes to hard reforms affecting masses, such as labour reforms or agriculture, these are areas where we will see big challenges,” said KK Kailash, who teaches political science in the University of Hyderabad.

The government says allowing traders to stock large quantities of food commodities will incentivise them to invest in supply chains and storage space, which is scarce. Lack of storage means farmers often dump produce such as tomatoes and potatoes during oversupply, when prices crash.

Concessions offered by the government provide for more oversight of private markets proposed under the new laws.

Recent studies show evidence of monopolistic practices in these regulated markets the government now wants to open up to private competition.

In December 2010, when onion prices spiraled, a probe by India’s statutory anti-monopoly agency, the Competition Commission of India (CCI), revealed that one firm accounted for nearly one-fifth of the total trading that month in Lasalgaon, Asia’s largest onion market near Nashik in Maharashtra.

A 2012 report by the National Council of Applied Economic Research identified collusion as a major hurdle in fair trade, with a handful of traders monopolising almost all big markets.

India’s farm trade is commission-based. Licences for all intermediaries — from commission agent, wholesaler, transporter, storage chain owner and even the railway agent — are often held by the same business families, in effect producing oligopolies.

Yet, these markets also offer farmers assured minimum prices for staples, shielding them from risks and providing a sense of security because of government control. The new reforms allow corporations to operate with minimal regulations.

“The core concerns (are) about removing regulation on traders and companies and thereby removing all protections to farmers offered by the regulation system,” said Kirankumar Vissa of the Rythu Swarajya Vedika, a farm activist opposing the reforms.

Despite evidence that the current system of farm trade is highly inefficient, farmers say the very objective of the new reforms is to favour big corporations.

“The crux of the matter is that the government’s laws are centered around large corporations which are against the interest of farmers and consumers. Why can’t markets be farmer-led?” said Kavitha Kuruganti of the Alliance for Sustainable and Holistic Agriculture, a farm activist who took part in the recent talks with the government.

“This clearly indicates that in recent times,liberalised markets are more favourable to agricultural growth,” states a paper authored by researchers at Niti Aayog, the government’s think tank.

But some economists argue that reforms that give a big walkover to the private sector will not work in an impoverished agriculture sector. “Agriculture broadly needs a combination of reforms, investments, support prices and subsidies. Emphasis on one over the other will not help,” said K. Mani, a former economist with the Tamil Nadu Agricultural University.