Farmer bills get Parliament’s nod, Oppose By the Chairman 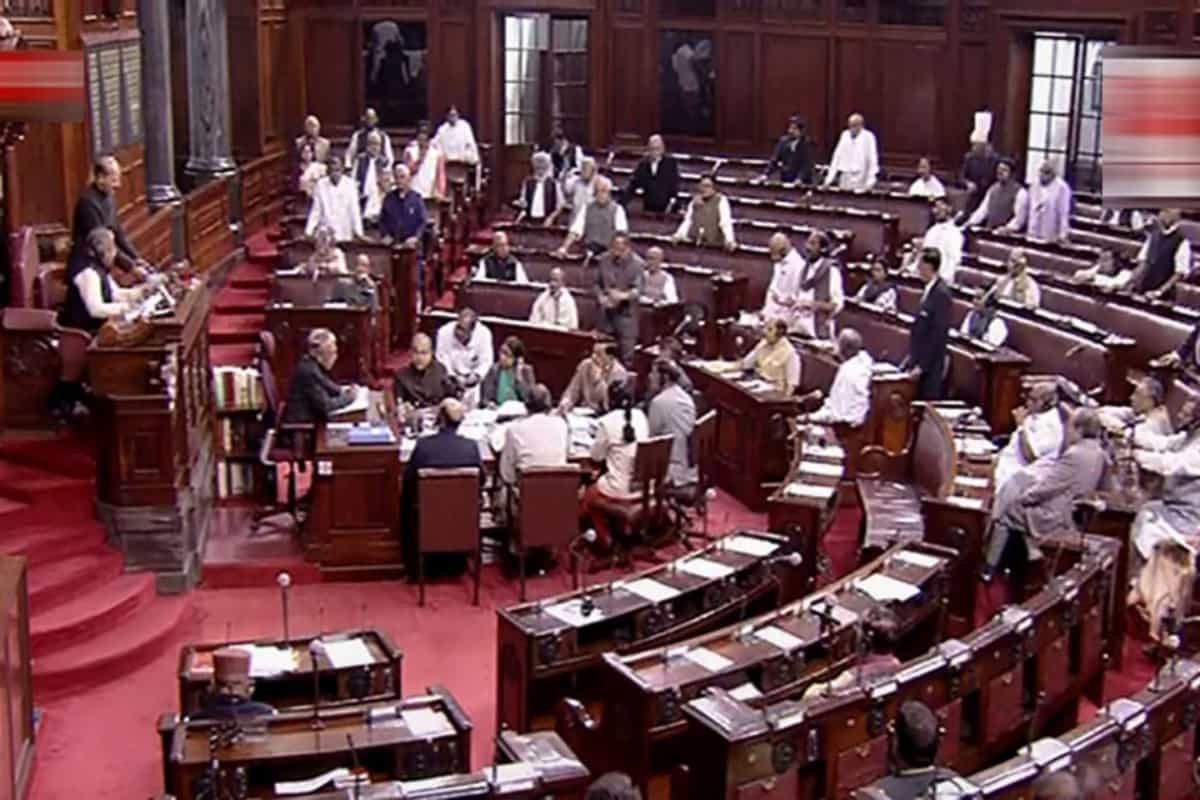 Rajya Sabha has witnessed unusual scenes on Sunday as the Upper House of Parliament broke into chaos over Centre’s farm-related bills. The BJP and its allies are claiming that Opposition MPs disrupted the house. The Opposition leaders have accused Rajya Sabha deputy chairman Harivansh Narayana Singh of failing to adhere to established parliamentary procedure.

The Farmers (Empowerment and Protection) Agreement on Price Assurance and Farm Services Bill, 2020 and Farmers’ Produce Trade and Commerce (Promotion and Facilitation) Bill, 2020. It was brought by the central government along with the Essential Commodities (Amendment) Bill 2020 and for discussion in the Lok Sabha. All three bills were brought to replace Ordinances signed into effect by the Union Cabinet earlier this year.

Over the past week, the two farm-related bills have led to widespread protests by farmer organisations in Punjab, Haryana and other parts of the country.
BJP’s NDA ally Sukhbir Singh Badal of Shiromani Akali Dal (SAD) had announced in Lok Sabha on Thursday that if the Centre does not refer the two bills to a select committee. The party leader Harsimrat Kaur Badal will resign from Prime Minister Narendra Modi’s cabinet. After the bills were passed in Lok Sabha, Harsimrat Kaur Badal went ahead with her resignation. Sukhbir Singh Badal and SAD parliamentarians have also sought time to meet President Ram Nath Kovind.

The keys developments from Parliament:

The Discussion on the farm-related bill began in Rajya Sabha at 9.30 am and It went on for over three hours.

The Minister Tomar’s response and the opposition MPs objected to the farm-related bills and the Rajya Sabha was adjourned for 10-15 minutes amid disruptions.

The clause-by-clause consideration of the bills was being taken up despite the ruckus created by Opposition MPs. Both bills were subsequently passed.

The Visuals from the Rajya Sabha show Opposition MPs assembling in the well of the house, climbing on top of the RS staffers’ table and sloganeering against deputy chairman Harivansh Narayana Singh and the central government. Some videos also show Trinamool Congress MP Derek O’Brien holding a rule book to the deputy chairman.
As many as 12 Opposition parties have decided to move a no-confidence motion against Rajya Sabha deputy chairman Harivansh Narayana Singh alleging that he did not allow a division on farm-related bills and did not gather the consent of the House before extending the session to pass the bills. The central government is reportedly seeking action against the MPs for misbehaving with the deputy chairman.

The Cabinet ministers led by Defence Minister Rajnath Singh held a press conference on Sunday to quell rumours about the two farm-related bills and respond to the events in Rajya Sabha.

The condemning the actions of Opposition MPs, Rajnath Singh said, “I have a message for the farmers- the two bills will in no way end MSP (Minimum Support Price) or APMCs (Agricultural Produce Market Committee mandis).”

This press conference was followed by another organised at the Indian National Congress (INC) office.

The Party spokesperson Randeep Singh Surjewala accused the Centre of backstabbing the farmers while Congress Rajya Sabha MP KC Venugopal said the ruckus in the Upper House was due to the deputy chairman’s alleged failure to adhere to parliamentary procedure and traditions.

`On the other hand, the Lok Sabha went on beyond midnight owing to Zero Hour.

Earlier in the day, Union Health Minister Dr Harsh Vardhan participated in a discussion on the Centre’s handling of the Covid-19 pandemic where Lok Sabha MPs voiced their concerns, suggestions and complemented frontline workers and the government for their dedication.

It was also introduced in the Lok Sabha on Sunday.