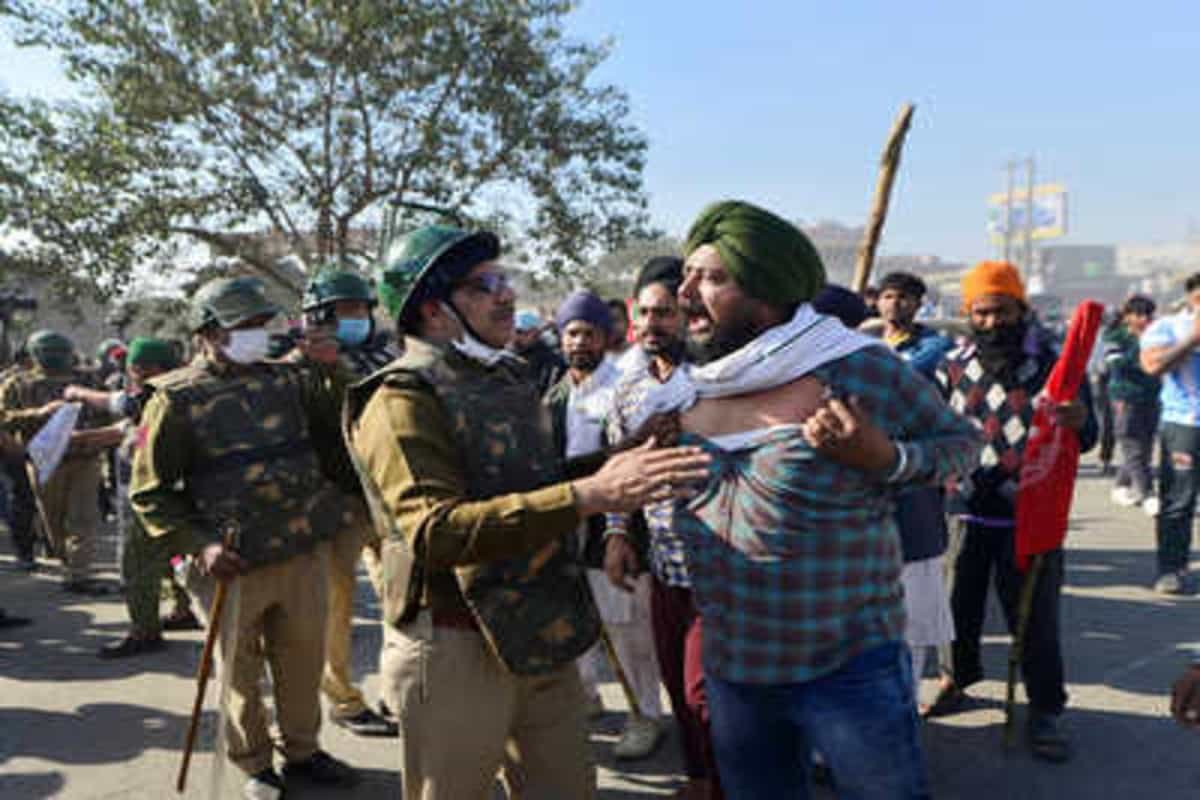 Village-wise WhatsApp groups for mass sharing of photos and videos, numerous Facebook live sessions, Instagram posts and creative Twitter hashtags — the farmers’ protesting at Delhi’s borders are making optimum use of social media to connect with people back home and to spread the “correct” message about their ongoing movement against the new farm laws.

At Singhu border, connecting Delhi with Haryana, where thousands of farmers have been protesting for the past 15 days demanding revocation of the three farm laws, every second person can be spotted doing a Facebook live of either a speech being delivered from the stage or the distribution of food at the langar (community kitchen).

Many youngsters from Haryana and Punjab, who have accompanied their families to the protest site, have also created WhatsApp groups to update people back home about the ongoing protest.

Kawaljeet Singh, 28, a farmer from Mohali in Punjab, said he keeps his selfie stick handy for regular Facebook lives.

“You can’t hold the smartphone for so long and a selfie stick helps get a wider shot. I do at least five to six Facebook live sessions, of 30 minutes each, every day. It’s very important to show people what’s happening here. Otherwise, there is so much misinformation about the farmers’ protests on social media. We are not Khalistani or terrorists who are trying to disrupt the peace of the nation; we are farmers who work hard to feed the nation and we are here to fight for our rights,” he said.

Standing next to the stage set up at Singhu border, a group of youngsters from Moga was trying to upload some pictures on Instagram on Thursday.

Balwinder Sandhu, 32, said many Instagram accounts have come up in support of farmers in the last few days. “We click pictures of the protest site and upload them as our stories on Instagram by tagging these accounts. They pick up the pictures and post from their official accounts to further spread them,” he said.

By Thursday evening, there were around 972,000 posts with the hashtag #farmersprotest on Instagram. Some of the accounts popularising the movement are ‘farmersprotest’, ‘supportfarmers’, and ‘farmbillprotests’, among others.

Youngsters are also using Twitter to garner more support. Navkiran Natt, 29, a protester at Tikri border and the daughter of a farmer family from Mansa district in Punjab, said farmer leaders made a “conscious decision” to promote the movement on social media.

Many of our leaders have language limitations. So they send their messages to youngsters associated with the protest and we translate them into multiple languages and then post them on different social networking sites. We have also made several videos in Punjabi instructing people on how to make accounts on Twitter and how to use it,” she said.

Using hashtags such as #farmersprotests, #Istandwithfarmerprotest, and #tractortotwitter, at least 100 tweets were posted per hour on Thursday. “We have many WhatsApp and Twitter groups where we discuss and decide which hashtags to use on a particular day. Many of our Punjabi brothers and sisters living abroad also help us in translating the content,” she said.

Through WhatsApp groups, the protesters said they share videos and pictures with people who could not join the agitation at the Delhi borders.

“We also make regular video calls to show our family members what’s happening here. Their hearts and minds are here with us and the movement. Besides, these WhatsApp groups help keep the spirits high. We send the videos of speeches being delivered here to our fellow villagers to keep them motivated and interested in the movement. It’s a long fight,” said Harinder Singh, 26, a farmer from Rajpura in Punjab.