Home - Featured - Dal lake set to get its own water ambulance 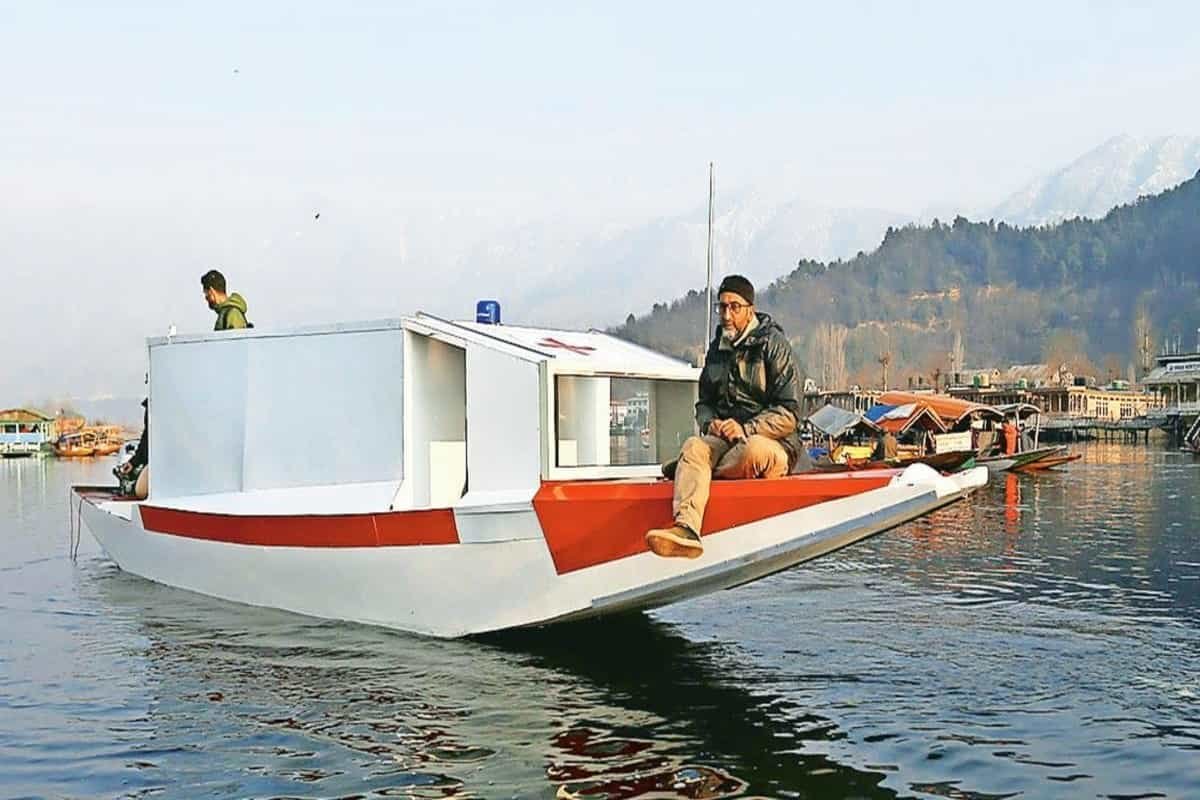 CONFINED TO a bed at the Shri Maharaj Hai Singh (SMHS) hospital in Srinagar after testing positive for Covid four months ago, Tariq Ahmad Patloo couldn’t get past this question: why did they shun him when he needed them the most? The answer has now given shape to the Valley’s first water ambulance.

The 51-year-old has developed a “shikara ambulance” for those residing around Dal lake and hopes to follow it up with a “mini hospital” inside a houseboat. “The idea came at the hospital. Once I was discharged, I started to work on making this dream a reality. Now, thankfully, that has happened. We will be launching it in three-four days,” he says.

Patloo owns ‘Sea Palace’ on the Dal and tested positive in August. But to reach hospital, he first needed to cross the lake. “It was tough to get someone to row the boat. The bitter experience happened once again when I returned. I am not blaming anyone, people were afraid they would catch the virus if they took me to the hospital,” he says.

“Once I decided to build a water ambulance, I called the Satya Rekha Trust (an NGO) and shared my idea with them. They told me not to worry about the financial aspect. Once they gave me that assurance, I started work on the ambulance,” he says.

With no medical knowledge, Patloo says he took “initial lessons” from Google. “I looked at several designs but they were costly. Finally, I decided to use a traditional shikara. I made a wide one, and used different materials — wood, iron, aluminium and plastic — to make it light and water proof. I have also put an engine in it,” he says.

Patloo credits his family, including his seven-year-old daughter Jannat who was praised by the Prime Minister for her efforts to clean Dal Lake two years ago, and friend Riyaz Ahmad for realising his dream.

But he says it will remain incomplete till he manages to get “all the basic equipment”. “I am in contact with some doctors. I would also like to have a doctor or a nurse stationed in the ambulance,” he says. “In that, I can count on the government’s help. But it is unfortunate that the government has neglected our community. You will find a dispensary, a healthcare institute everywhere, even on hilltops. But we don’t have one. After this, I will try to build a mini hospital in a houseboat for the patients of my community.”