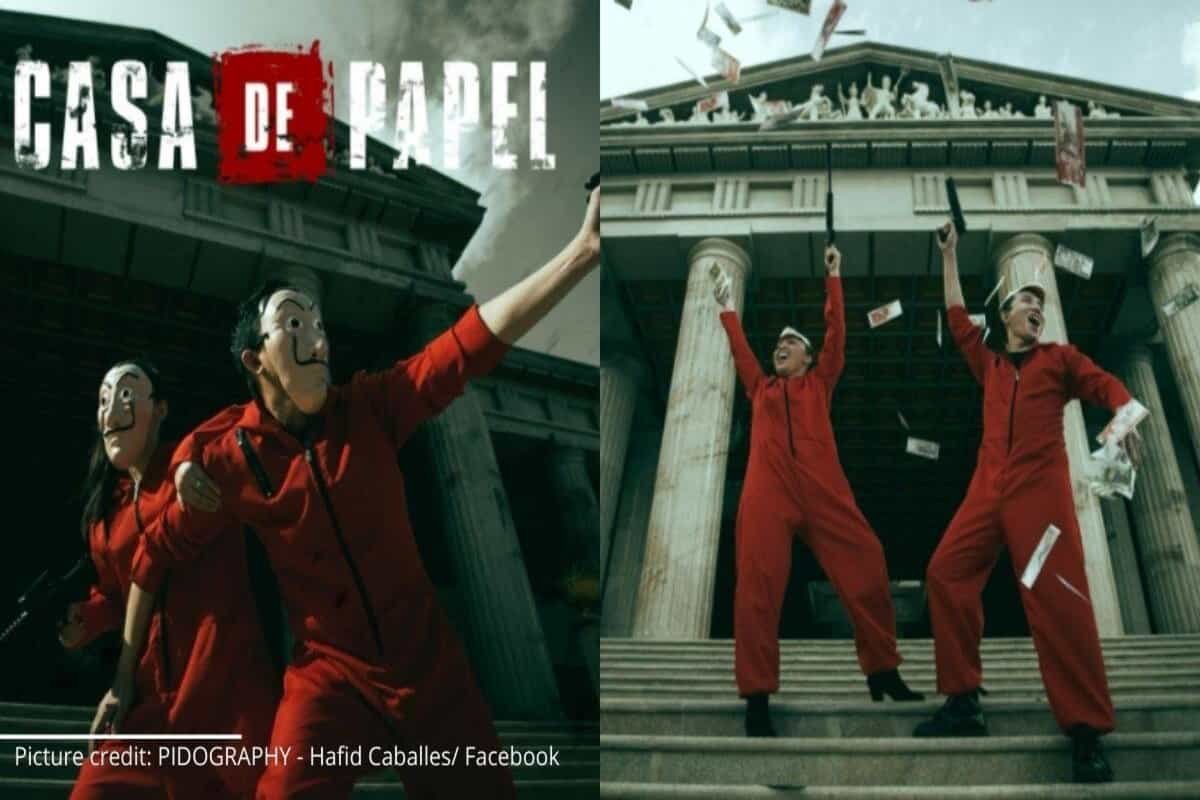 A couple from the Philippines decide to have pre-wedding photoshoot that was inspired by popular series ‘Money Heist’ and the photos are now doing the rounds of the internet.

Andrew Rolio and Inez Jade Quial dressed up in red jumpsuits and Salvador Dalí masks associated with the characters from the series for the pre-wedding photoshoot.

A Vice report said that the photoshoot by photographer Hafid Caballes took place at the Temple of Leah in Cebu City. The location was believed to bear resemblances to the Royal Mint of Spain, where show’s heist takes place.

According to the website, the two 28-year-olds always wanted something unique for their pre-wedding shoot.

While Quial works as a doctor in Cebu, Rolio is a critical care unit nurse based in London.

The couple also came up with a video about their wedding, which looks a lot like a trailer of the popular drama series.

Tom and Jerry trailer made you nostalgic? Watch these 90s films to relive the era