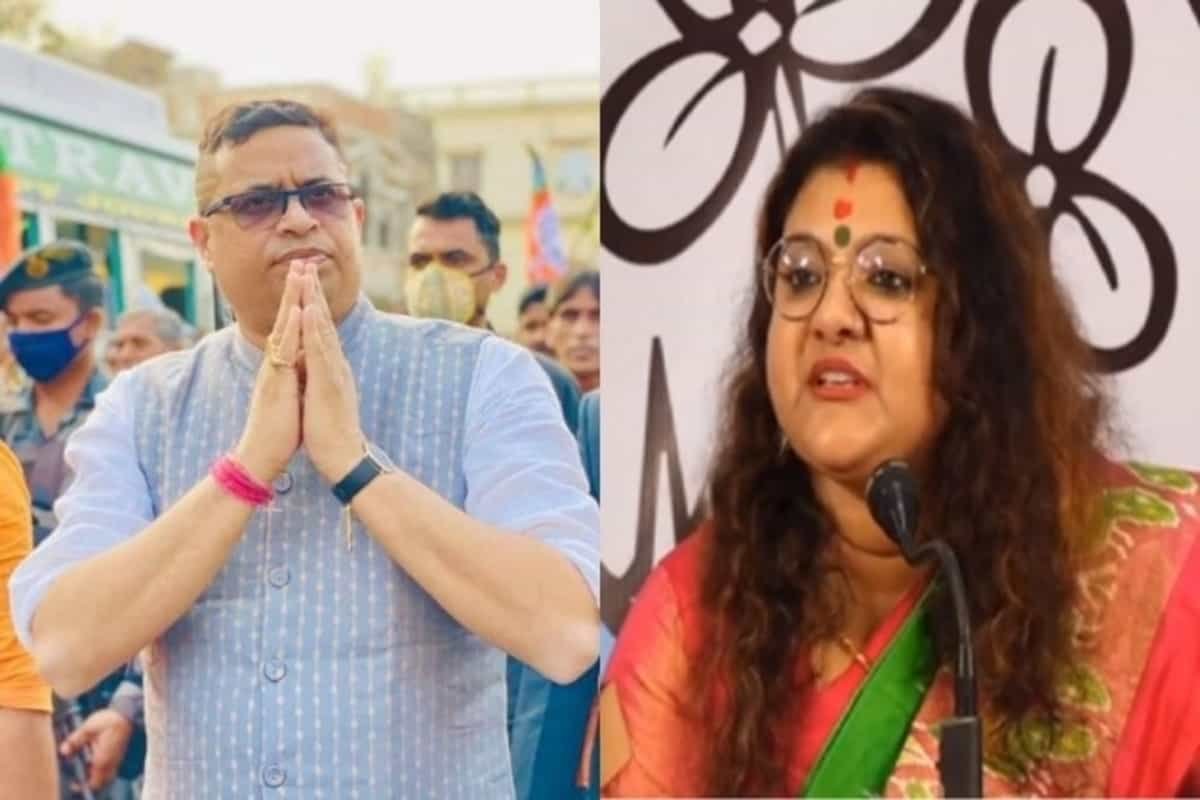 Bharatiya Janata Party (BJP) MP Saumitra Khan has decided to send a divorce notice to his wife Sujata Mondal Khan just hours after the latter joined the Trinamool Congress ahead of the 2021 West Bengal Assembly elections. Saumitra Khan is the president of Bharatiya Janata Yuva Morcha and MP from Bishnupur.

Sujata Mondal Khan also took a dig at the BJP, saying, “I don’t understand what kind of soap is it that is used to purifying the tainted leaders.” “I had fought for BJP and my husband [Saumitra Khan]…we got them [BJP and Saumitra Khan] a victory in the Lok Sabha polls. I think they have only been opportunists.”‘PM A PM, NOT CM CANDIDATE’

“When we ask them [BJP] about the leadership, there is no answer. How can there be a value of people where you do not know the leadership,” she said.

YOU WERE RESPECTED AS BJP MP’S WIFE, SAYS SAUMITRA

Responding to Sujata Mondal Khan switching over to the TMC ahead of the West Bengal Assembly elections, Saumitra Khan blamed the Trinamool Congress for breaking his family. He also said his wife was respected as a BJP MP’s wife.

“You were respected as a BJP MP’s wife. TMC can break families…You [Sujata Mondal Khan] have got me votes and are a part of my victory. but I now release her from my name and surname,” an emotional Saumitra Khan said and went on to add: “Those who broke our house…we will not forgive them.”

Addressing a press conference, Saumitra Khan said, “You [Sujata] can take my property if you want it. Otherwise, I will donate it to the public.”

‘YOU’VE MADE A MISTAKE SUJATA, MY ONLY WEAKNESS’

Saumitra Khan also challenged the TMC ahead of the polls and said Mamata Banerjee’s party would be thrown out of the state.

Addressing Sujata Mondal again, Saumitra Khan said, “I request my wife Sujata to stay well and fight out. You have made a mistake, Sujata. I want to tell Abhishek Banerjee, Sujata was my only weakness and now I will sacrifice everything for my party [BJP].”

How to slaughter animals for food, a raging debate in Europe over Belgian law