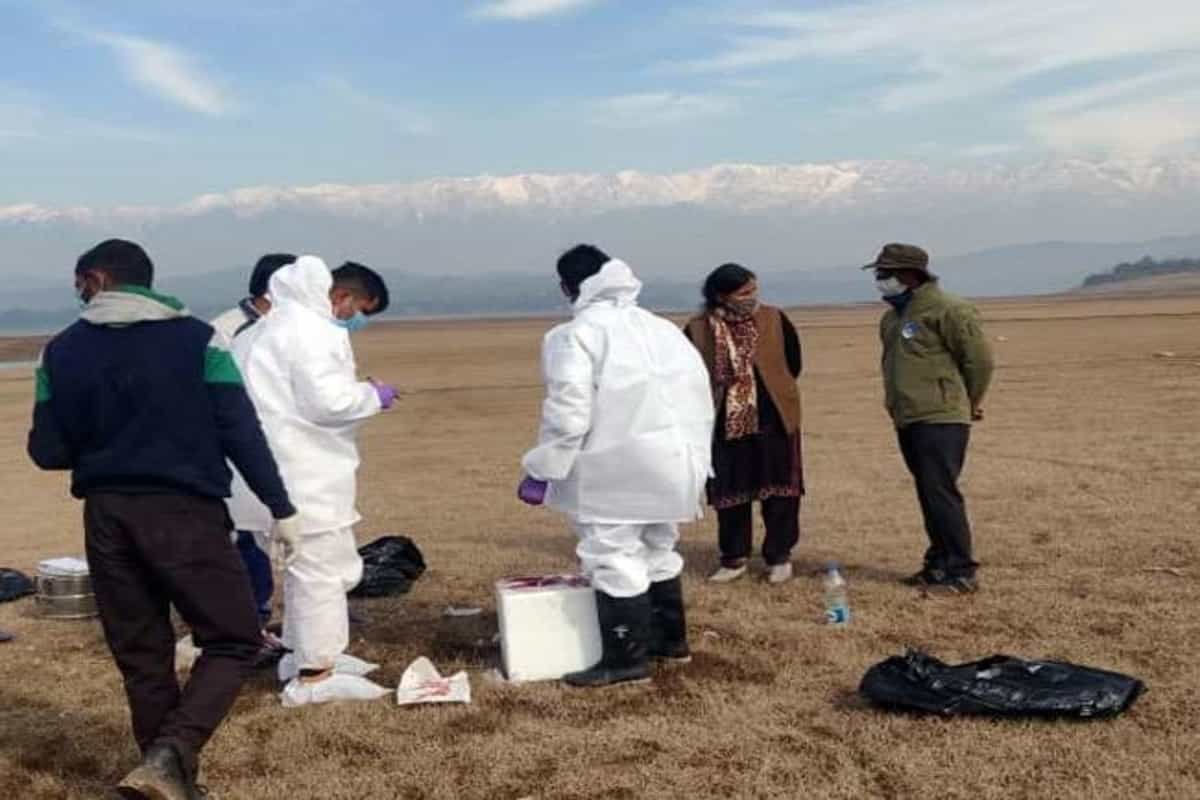 After Delhi and Maharashtra reported confirmed cases of bird flu, the number of states and Union Territories recording avian influenza outbreak has gone up to nine. The other states to report bird flu are Himachal Pradesh, Haryana, Rajasthan, Madhya Pradesh, Gujarat, Uttar Pradesh and Kerala. Haryana has reported maximum deaths of birds — over 4 lakh in past few weeks.

The central government has issued an alert to all states warning of the possibility of transmission to humans. The Parliamentary Standing Committee on Agriculture has summoned officials of the animal husbandry department this afternoon over the bird flu outbreak in India.

How serious is this bird flu outbreak?

The bird flu outbreak became a worry in the first week of January after many states started reporting unusual deaths of large number of birds — wild, migratory and also poultry. The samples were tested and found to be a case of infection caused by Influenza Type-A virus, primarily H5N1, which is

Other strains such as H7N1, H8N1 or H5N8 also cause bird flu and belong to the same HPAI category. While bird flu outbreak in Himachal Pradesh has been caused by H5N1, the samples from Kerala, Madhya Pradesh and Rajasthan have shown the presence of H5N8 variant.

Wild birds are considered the natural reservoirs of the bird flu viruses and it is typical of an outbreak to coincide with the season of arrival of migratory birds, which also take the virus to poultry. According to the early warning system of the World Organisation for Animal Health (WOAH), bird flu outbreaks were reported in several countries including Taiwan and Japan to a number of European countries and more than 48 lakh birds died or were culled in December 2020.

In India, the Centre has asked state governments to follow the National Action Plan for Prevention, Control and Containment of Avian Influenza 2021. It has asked the state governments to take all the measures to make sure that the outbreak is curbed. State governments have started culling the birds in affected areas. For example, Kerala has planned to cull around 70,000 birds in the worst-affected Alappuzha district.

The viral strain, H5N1 has a history of spreading over to humans from birds. Another variant H7N9 is considered very lethal to humans. However, the instances of bird flu among humans have been uncommon. The first recorded bird flu outbreak among humans was in 1996-97 in Hong Kong and China. The mortality rate has been high, however, in all human outbreaks. Six of 18 cases in Hong Kong had led to death.

The World Health Organisation (WHO) says human cases of bird flu occur “occasionally” but when it happens, the mortality rate is about 60 per cent. This is often seen with diseases caused by pathogens new or unknown to human bodies. The human-to-human transmission is “difficult”, according to the WHO, which, however, says there is a possibility of the H5N1 mutating and posing a pandemic threat among humans.

According to the WHO data, 862 cases of bird flu among humans have been recorded in 17 countries since 2003. These are the cases confirmed through lab testing. Of these, 455 persons died. The last instance of human case bird flu infection was reported from China in October 2020. The patient was a three-year-old girl, who displayed mild flu-like symptoms.

Every month, India consumes around 30 crore eggs and 900 crore chickens sourced from poultry farms. The poultry sector of India is worth Rs 80,000 crore, of which more than three-fourths is from the organised sector.

Around 3 crore farmers are engaged in the unorganised sector of poultry engaging in backyard bird-keeping and supplying products to aggregators. India exports processed poultry products such as egg powder, yolk powder, chicken products and also pharmaceutical ingredients from the poultry sector worth hundreds of crores every year.

The actual economic cost of the current bird flu outbreak is yet to be calculated given that this is an ongoing situation. In the early months of the Covid-19 outbreak in India, speculation and rumours about birds being a possible carrier of coronavirus had caused a loss of about $1 billion to the poultry sector in 2020.

Thousands of birds are being culled. Poultry farmers are compensated for the loss caused due to culling. The government had paid over Rs 26 crore to farmers between 2006 and 2018 on account of culling to contain spread of bird flu in India.

The farmers, however, complain that compensations do not cover for their profit that they could have earned from regular business.

During this period, India culled more than 83 lakh birds at 225 epicentres of bird flu across the country. India has adopted a practice of building bio safety bubble around poultry farms to mitigate the chances of wild birds coming in close contact with reared birds.

About the safety concerns over eating eggs and chickens, scientists say it is safe to consume poultry products that are properly cooked at over 60-70 degree Celsius. Any temperature above this kills viruses.