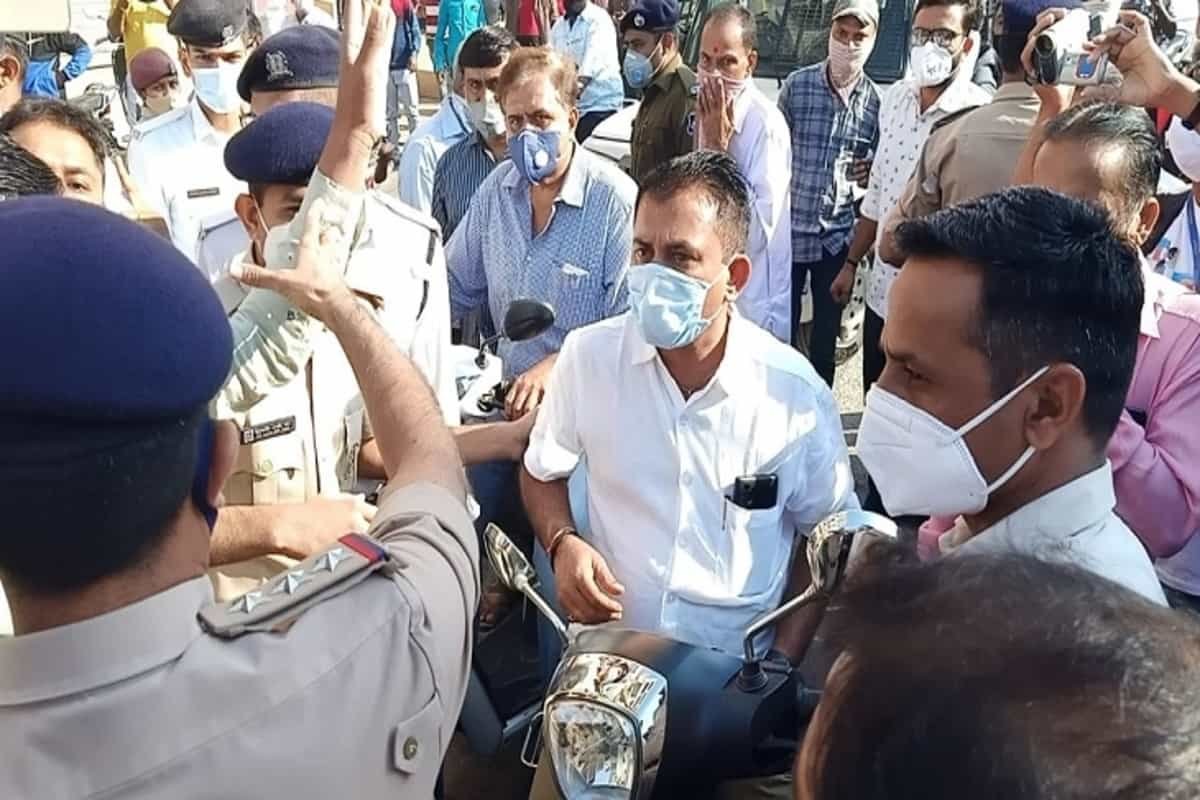 Several senior Congress MLAs and leaders across Gujarat were detained or put under house arrest on Tuesday afternoon after they came out on the roads in support of the nationwide shutdown or Bharat Bandh call given by farmers against the farm laws.

Incidents of arson have also been reported from Rajkot and Sabarkantha and Agricultural Produce Market Committee (APMC) markets in some districts observed partial shutdown. According to Gujarat Director General of Police Ashish Bhatia, Section 144 of the Code of Criminal Procedure (CrPC) that bars assembly of more than four persons at a public place has been enforced across the state since Tuesday morning.

In Rajkot, incidents of arson were reported after a few alleged Congress party workers were seen throwing burning tyres on Pedak road in the city. One Congress leader was detained after the incident.

Several Congress workers were detained in Sabarkantha after they tried to block the highway in Himmatnagar area.

Congress MLA and Gujarat Assembly Leader of Opposition Paresh Dhanani was detained by the police in Amreli town area. In a video released on social media, Dhanani could be seen riding a two-wheeler alone when he was stopped by the police

Speaking to The Indian Express, Superintendent of Police, Amreli, Nirlipt Rai, said, “Paresh Dhanani has been detained. Although he was riding a scooty alone, he was seen trying to forcibly shut down shops in the market area. ”

In Danta, Banaskantha, Congress MLA Kanti Kharadi was detained by the police early morning when he tried to block the Iqbalgarh highway in the city. Congress MLA from Vasanda in Navsari Anant Patel and MLA from Tharad Gulabsinh Rajput have also been detained.

“Many senior Congress leaders have been detained across the state. Action against them is continuing,” said Gujarat Pradesh Congress Committee spokesperson Manish Doshi.

The police have also threatened legal action against those posting videos and photos of the agitation on social media and forcibly shutting shops and blocking roads.