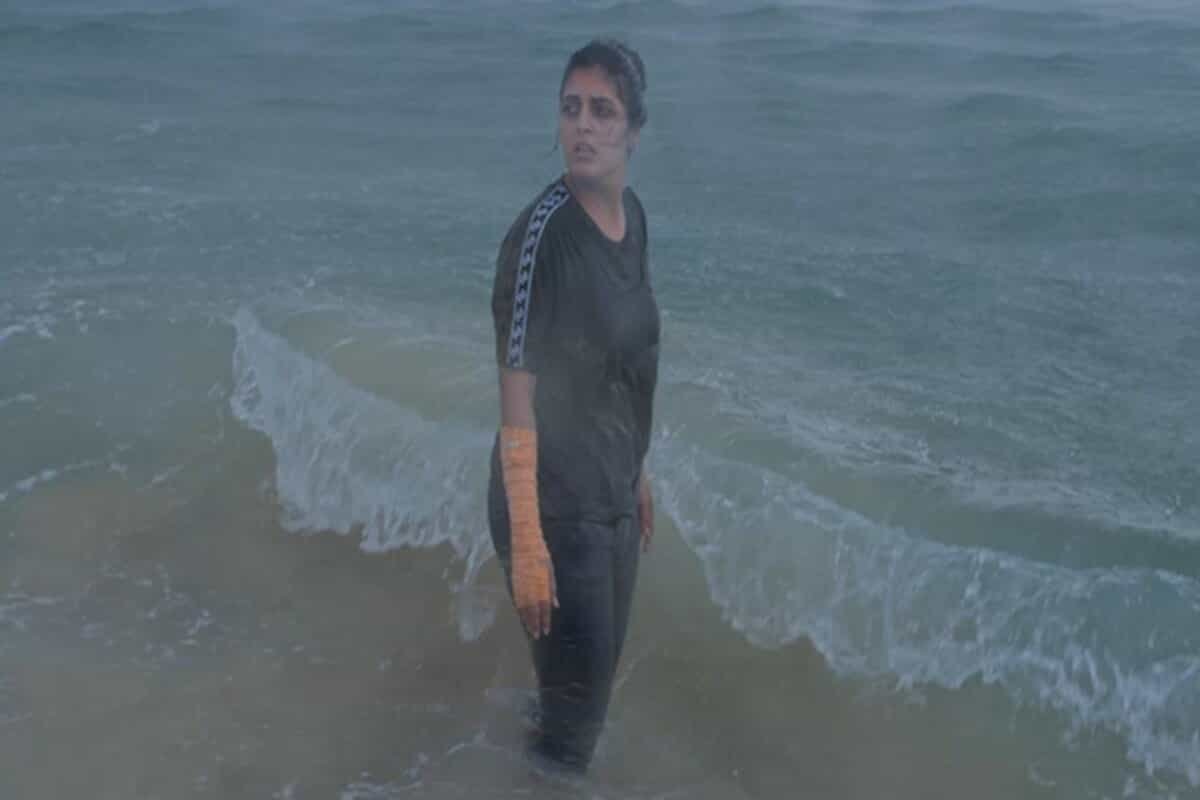 This week Hindi-film actor Sushant Singh Rajput would have turned 35 had he been alive. Last year, bang in the middle of the pandemic-induced lockdown, the news of Rajput’s suicide gripped and divided a nation debating, unfortunately, not on mental health but on malicious speculations of drug abuse and even murder. The country still lives in denial when it comes to talking about and treating depression. The World Health Organization in 2019 estimated that 7.5 per cent of 1.3 billion Indians suffer from some form of mental disorder and that the economic loss due to mental-health conditions, between 2012-30, will be around $1.03 trillion.

Around that time, in June, a young boy from Mumbai’s Borivali, Onkar Diwadkar, completed his second short film, on depression. The timing was coincidental. That film, Still Alive, was screened in the non-feature category in the Indian Panorama section at the ongoing 51st International Film Festival of India (IFFI) in Goa. Last week, it screened at 26th Kolkata International Film Festival, where earlier his first short film, the Dilip Prabhavalkar-starrer Mrugajal – In the Land of Mirage (2019), had travelled to, too.

Like the Iravati Harshe-starrer and actor-psychiatrist Mohan Agashe-produced 2017 Kaasav (Turtle), Diwadkar’s short is yet another film to come out of Maharashtra on the subject. According to the “2018 Accidental Deaths and Suicides in India” report, released by the National Crime Records Bureau in December 2019, Maharashtra registered the highest numbers of suicide incidents at 17,972, while the country witnessed 1.34 lakh incidents (a spike from 1.29 lakh in 2017), i.e., about 369 people every 16 hours took their life

“People all around are going through emotional turmoil. Everyone, every day. But how many of us go to a psychologist or therapist?” asks Diwadkar, 24, adding, “As a filmmaker, I need to ask the right questions, the audience will decode the rest. Cinema is made up of real life, and, so, it must be an experience, not just to convey the content.” The entire film is a 30-minute-long single-take, shot in two days, on windy, stormy evenings, using jimmy-jib camera, natural light and sync sound, in Maharashtra’s Sagareshwar beach in Vengurla.

In the film, protagonist Meera’s boyfriend of five years breaks up with her. She drives to an empty beach and tries reasoning with him over phone calls. Her mother calls to know about her whereabouts, senses the tension in her voice, and even though Meera yearns to talk to someone, she knows her mother isn’t that person. Meera dials a mental-health helpline, and while they build a rapport – for she rings them up again – and hear her out compassionately, Meera is frantic because she seeks a quick-fix, an immediate problem-solving. Hopeless and emotionally spent, finding herself at a dead end, and while still unsure, she walks into the sea, which throws her out, giving her a second chance at life. As it starts to drizzle, Meera smiles and hums Que sera sera and retreats. As a filmmaker, I need to ask the right questions, the audience will decode the rest, says film director Onkar Diwadkar

“You’ll be pulled in on the low-tide, and chucked out in high-tide. Where waves form, it’s more dangerous there, beyond that the water sucks you in,” says Diwadkar, who wanted his film to be authentic, “scientifically and aesthetically correct”. For that, he had consultants on the project: for weather (the fishermen cooperative in Arnala in Mumbai’s Virar), and mental health (Dr Anand Nadkarni’s Institute for Psychological Health, in Thane, and their Maitra Helpline, run by Sulabha Subramaniam).

Subramaniam, 61, a former scientist and biopharma executive, took up professional tele-counselling as Maitra’s coordinator, she consulted on the script of Still Alive, correcting technicalities, writing additional dialogues and subtitles.

“The criteria to diagnose is by a standardised manual: DSM (depression-sadness-melancholy). Melancholy is a personality trait; it’s a pervasive negative mood. Sadness is the feeling of loss and helplessness, causing disinterest and wanting to be left alone, and could be caused due to a trauma or trigger; but depression is an illness, goes far deeper. Symptoms are seen at the organic level, as the brain undergoes neuro-chemical changes, which may cause continuous low mood for more than six weeks, and needs proper diagnosis by a mental-health professional. It can be turned around by counselling and medication for a while. Counselling is less stigmatised than medication. Where there’s lack of knowledge, there’s fear. Wouldn’t one take medicines if one had, say, diabetes?” asks Subramaniam, the author of Of Human Bonds: The Maitra Story (2008).

In the film, Meera’s disappointment – which leads to her depression – arises from the image she had of the person and of her expectation from the relationship. “The brain is trying to look at what we want in our ideal/fantasy and fails to look at the person for what s/he is. The longer you live that fantasy, the harder you fall,” Subramaniam says. The poignant and non-judgemental, non-didactic experiential film gradually grows on you like Meera’s awakening to her consciousness at the end – not a sudden black-and-white transformation, but a slow realisation dawning on her once the sea throws her out, that life is worth more than just broken relationships. In a very noir-ish, Hitchcockian style, the square wooden-cabin frame within the screen’s frame act as a double “rear” window, through which the outside world – the camera, the audience, and even the auteur as an onlooker – gets a glimpse into Meera’s mind: the journey from turbulence to subsequent calm. Diwadkar is detached from what he depicts and yet has control over what he creates.