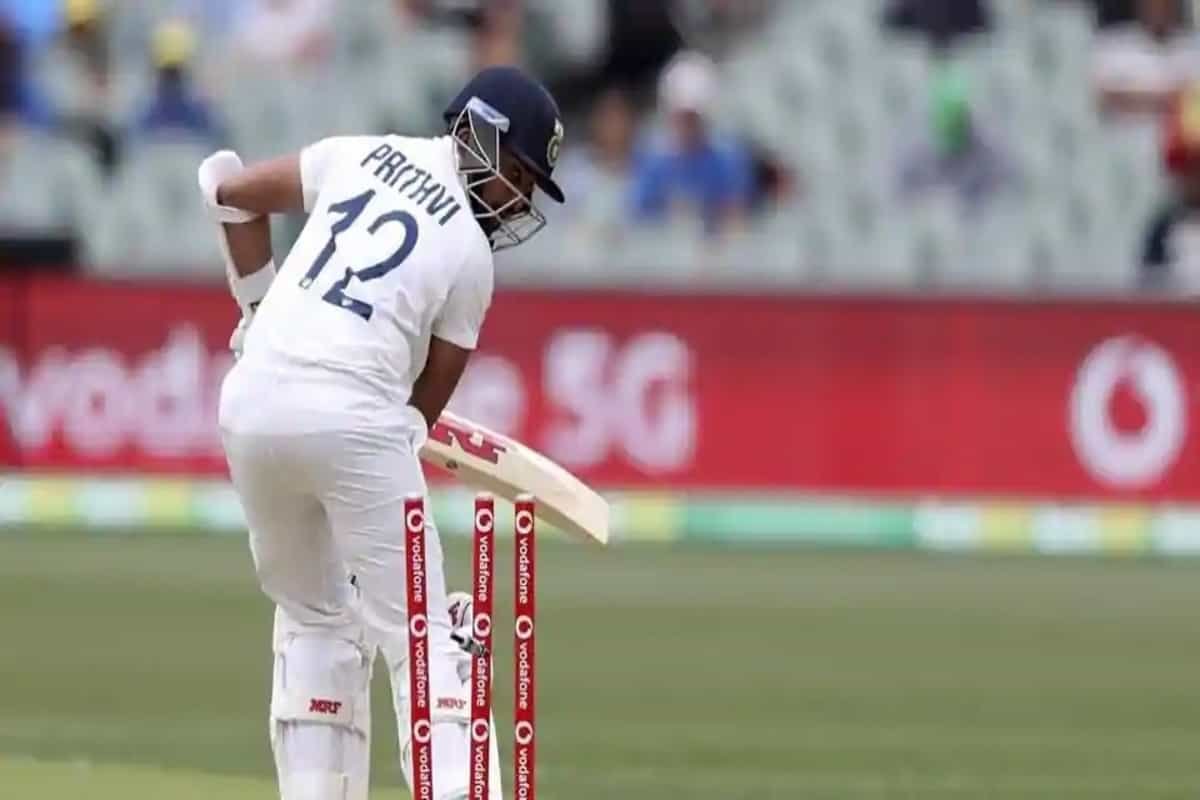 India got off to the worst possible start after captain Virat Kohli opted to bat first in the day-night Test against Australia in Adelaide as opener Prithvi Shaw was dismissed for a second a ball duck on Thursday.

There was a lot of talk around India’s opening pair as many experts including legendary cricketers Allan Border and Sunil Gavaskar backed Shubman Gill to partner Mayank Agarwal for the first match of the four-Test series.

But India went with Shaw as they announced their playing XI on the eve of the first Test.

The move did not go according to play as Shaw’s technique was exposed by Mitchell Starc in the first over.

Starc, who was a terrific record with the pink ball started with a length delivery angling across the right-hander which was defended well by Shaw.

The left-arm quick pitched it slightly fuller a tad wide off the stump in the next ball and Shaw took the bait. He went for a drive on the up without moving his feet, got an inside edge and dragged it onto his stumps.

This was Shaw’s first duck in Test cricket.

Twitter was flooded with memes after Shaw was dismissed in the first over with people pointing out the faults in his technique and his lack of runs in the warm-up game.

All-rounder Cameron Green received his ‘baggy green’ cap from Pat Cummins before the toss, having cleared concussion protocols to take his place in the side for his test debut.

The world’s top-ranked batsman Steve Smith, who missed training with a stiff back on Tuesday, also took his place in the Australian line-up.