Sultan of reverse swing: How James Anderson bends the ball after pitching 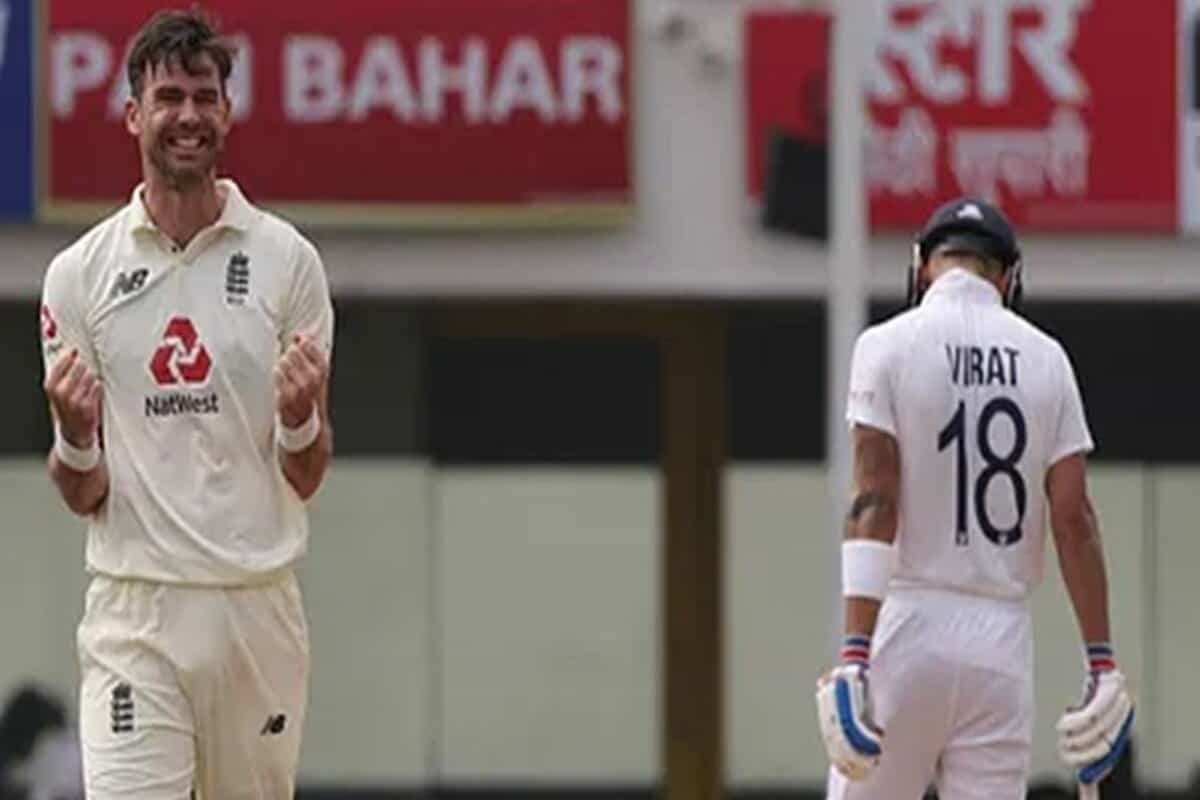 What was special about the balls with which he got Shubman Gill and Ajinkya Rahane?

It’s the 27th over the innings, the SG ball was relatively old. After hitting the good length, Anderson got the ball to tail towards Gill’s off stump late. The opener was late in bringing this bat down in line, the ball sneaked onto the stumps. Like Gill, Rahane too was pushing too much across, with closed front shoulders, leaving a big bat-and-pad gap.

Anderson’s former team mate Graeme Swann has explained the other angle to Anderson’s reverse method. “The key is his wrist position, it’s absolutely straight. He doesn’t try to cut the ball with his fingers or flick the wrist. He just adjusts the seam position, and gets the swing.” That’s what he did, and combined with the good-length landing it did the trick.

James Anderson during the match

What about the slower one to Rishabh Pant?

“You keep the same arm speed but the ball comes out slower. Since you are trying to deceive the batsman, you want to get it reasonably full but you also need it to drop into the pitch. So, a good length is good. The biggest thing about the slower ball is you want to keep the same arm speed. You don’t want to telegraph the ball by slowing it down. Also, if it’s too slow, the batsman can readjust for it. You are trying to fool into thinking it’s a normal ball. The action remains close to normal as possible.”

Was it the “reverse-reverse” that Tendulkar talked about?

No. Last July, Tendulkar had put out a video where he explained Anderson’s unique way. “With reverse swing, Jimmy Anderson was possibly the first bowler who bowled reverse swing also reverse,” he said. “He would hold the ball as if he was bowling an outswinger (the shiny side out), but at the release point, he would try and bring the ball back in. So he got you to commit to play for an (inswinger) and the ball, after covering almost three-fourths of the length of the pitch, starts leaving you,” Tendulkar said.

Not that it was a state secret. Back in 2013, Anderson detailed his reverse method to Sky sports. “With my grip, if I hold it like an inswinger and pushing in at the stumps, it creates an angle but it will swing away (with the shiny side). The batsmen think it’s coming in but it’s going the other way. For the inswinging reverse, I will hold it like an outswinger – the seam will face the slips. If it doesn’t work, I will hold the seam straighter.” This time though in Chennai, the seam was tilted in.