Sonakshi on celebs supporting farmers’ protest: It’s human to stand up for other humans 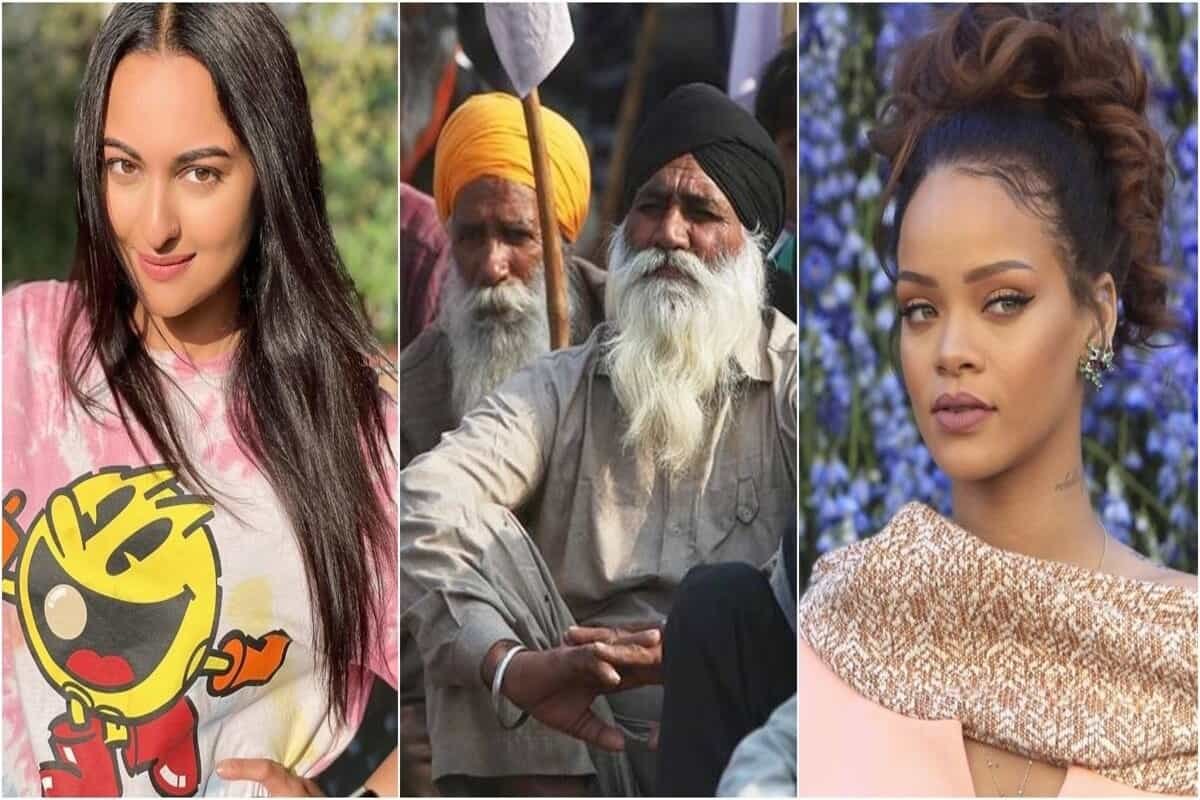 Several Indian celebrities from across film industries have reacted to the ongoing farmers’ protest and the recent tweets by international pop singer Rihanna and environmental activist Greta Thunberg.

Taapsee Pannu, who began shooting for Looop Lapeta recently, reacted to a tweet that went viral. She wrote, “If one tweet rattles your unity, one joke rattles your faith or one show rattles your religious belief then it’s you who has to work on strengthening your value system not become ‘propaganda teacher’ for others.”

Sonakshi Sinha wrote a long post in her Instagram stories, an excerpt of which read, “The voices raised are about the violation of human rights, suppressions of free internet and expression, state propaganda, hate speech and abuse of power. Journalists are being harassed. Internet has been banned. Protesters are being vilified through state and media propaganda. Hate speech (desh ke gaddaro ko, goli maro sardaro ko resurfaced) is flourishing. THAT is the issue that’s taken global centre stage…. While news and media will have you think that these are outside forces trying to control the functioning of our country, you must remember that these are not alien species but fellow humans who are speaking up for the rights of other humans. To re-iterate, news tonight will try to paint a picture that ‘outside forces’ are trying to meddle in the functioning of our country. Please don’t give in to that narrative. It’s human, standing up for other humans. THAT’S the narrative.”

On Tuesday, Rihanna shared on Twitter a news report on farmers’ protest and the internet shutdown in Delhi and wrote, “Why aren’t we talking about this?” She soon found support in Greta Thunberg, actor John Cusack, US Vice president Kamala Harris’ niece Meena Harris, singers Jay Sean, Dr Zeus, among others.

The following day, the Ministry of External Affairs issued a statement slamming foreign individuals and entities for comments on the ongoing farmers’ protest in India. After the MEA statement, Akshay Kumar, Ajay Devgn, Lata Mangeshkar, Ekta Kapoor, Karan Johar, Suniel Shetty, Virat Kohli and Sachin Tendulkar among others took to social media to share posts with the #IndiaTogether and #IndiaAgainstPropaganda hashtags.

Flying to India? Here are the Covid airport guidelines you need to know