SIT will look into all issues raised by Hathras victim’s family members: UP Additional Chief Secretary 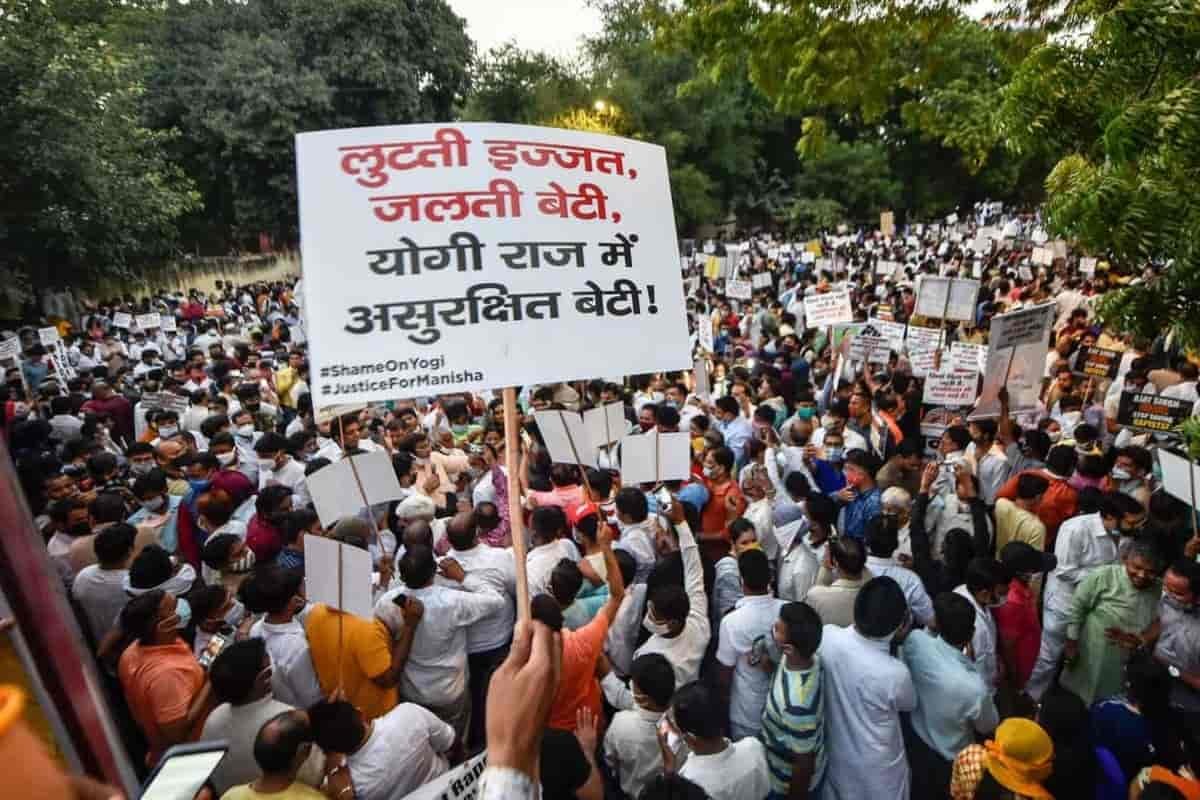 The SIT will look into all issues raised by the family of the 19-year-old Dalit woman in Hathras, and the strictest action will be taken against the culprits, Uttar Pradesh Additional Chief Secretary, Home, Awanish Awasthi, said on Saturday after meeting the victim’s kin here.

The decision has also been taken for providing security permanently in the village, the senior officer and along with DGP H C Awasthy rushed to meet the victim’s family on the instructions of Chief Minister Yogi Adityanath, said.

He said orders for the suspension of police personnel, including the Superintendent of Police and the Circle Officer of the area, were issued on Friday within two hours of receiving the first report from the Special Investigation Team (SIT).

“It is an extremely sad incident. We met everyone in the family. We spoke to them and assured them that the strictest action would be taken against all those found guilty,” Awasthi told reporters.

“The SIT inquiry is on and it will continue to do its work. The family members have raised certain issues. Whatever points and the complaints they have raised, the SIT will note them, and we will make all efforts to ensure that each of them is addressed,” Awasthi said, without elaborating.

The officer said that they would submit a report to the chief minister.

The visit by the two top officials came as a massive controversy raged over the incident with the opposition targeting the Adityanath government.

“The first report of the SIT was received yesterday evening and within two hours orders were issued for the suspension of the then SP, CO, inspector, senior sub-inspector and constable,” Awasthi said.

The victim, who was attacked on September 14, died of her grievous injuries in the early hours of Tuesday in a Delhi hospital and was cremated in the dead of night near her home on Wednesday with her family alleging that they were hurried into carrying out her last rites by local police.

On Thursday, the Hathras administration clamped prohibitory orders barring the assembly of more than four people in the district, where scuffles broke out as politicians, including from the Congress and the TMC, as well as the media persons tried to access the village. About 300 police personnel stood on guard to prevent anybody from entering.

Today, however, the administration lifted restrictions on the entry of media persons.

To a query, Awasthi said, “If people’s representatives want to come, five people will be allowed”.

“We also met some people’s representatives and requested them to help maintain social harmony,” he said.