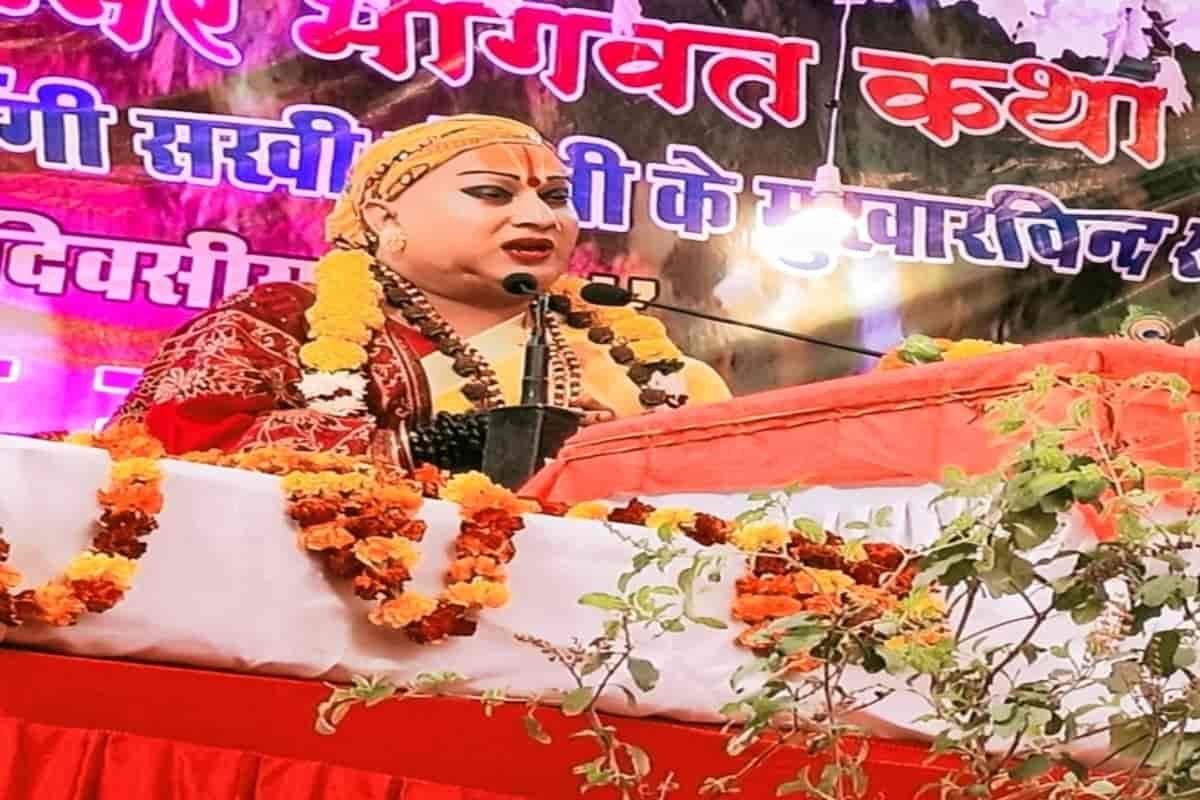 “Government should take action against those who present obscene things related to religion in films.” – Transgender Mahamandaleshwar Hemangi Sakhi Maa:

Transgender Mahamandaleshwar Hemangi Sakhi Maa of Nirmohi Akhara, a well-known preacher and reader of Bhagwatkatha of Mumbai, conducted a discourse program in Nalasopara(Mumbai) on Wednesday, 29 December 2021, which was successfully completed. On this occasion, urged the government to ban the shooting and promotion of religious and devotional songs, Ramleela, and religion in films in an obscene manner, especially the recently aired Saregama Music video song Radhika Nachi in Madhuban features Sunny Leone be banned.

In the new year, the party which takes place in hotels and other places and the younger generation is served with obscene dance, DJ and alcohol, the younger generation goes on the wrong path. Instead, there should be religious programs, bhajan evenings, social programs, etc., which increase the attachment of people to religion and reduce crime in society.

On this occasion, Transgender Mahamandleshwar Swami Hemangi Sakhi Maa of Nirmohi Akhara says, “Government should take strict action against singers, artists, and Saregama presenting religious and devotional songs in an obscene manner like Radhika Nachi Thi in Madhuban. Originally the song was sung by singer Mohammad Rafi in the film Kohinoor and how beautifully portrayed by the filmmaker and director was a sight to behold which will make the film industry proud. No one could make fun of any expressed religion, Hindu culture, and anything related to religion. But today’s new generation people are engaged in earning TRP and name by presenting it in an obscene manner. Government should take action against those who present religion and religion-related things in an obscene manner in films.”

The new year is about to arrive, and Hemangi Sakhi wished all the people of the country and abroad and said, “Religious programs should be organized across the country on the occasion of New Year, so that people go with family and people will be inclined towards religion. So that crime happening all over the country should be reduced.”

Also Read: A Ration Shopman Son selected for the Indian Team for the Under-19 World Cup