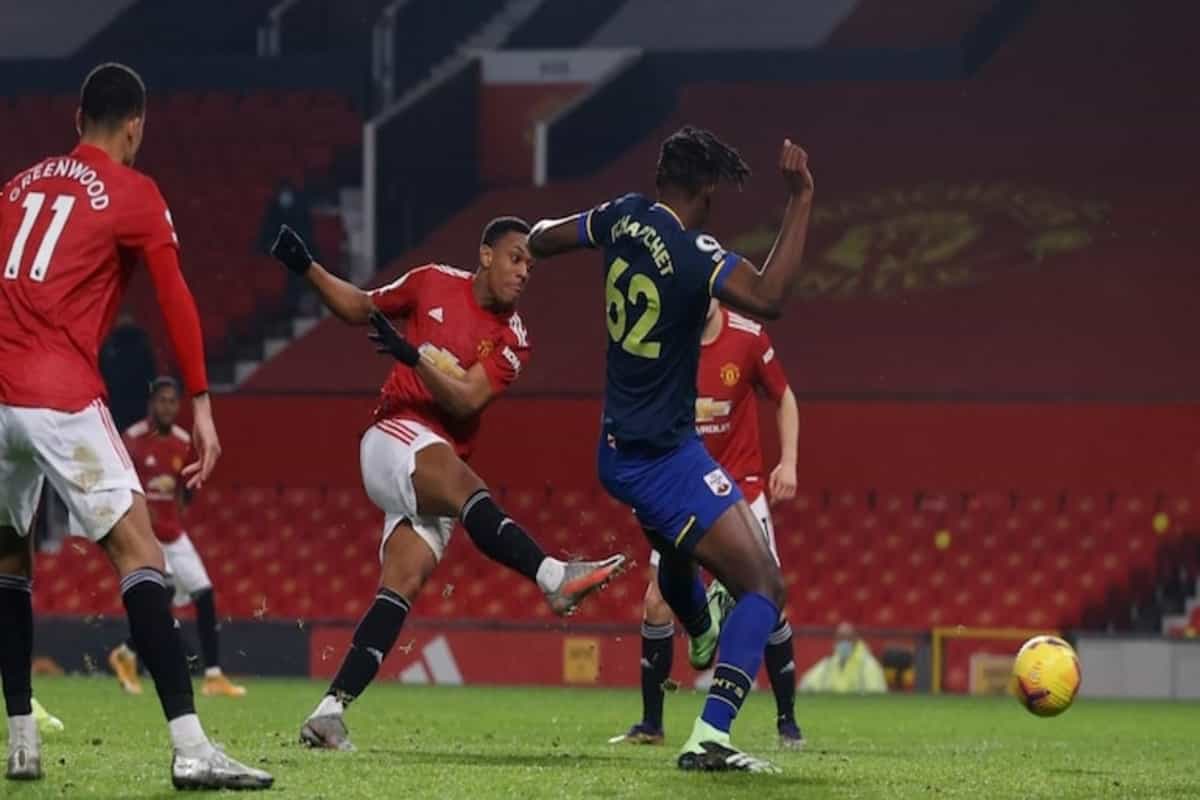 Manchester United dismantled Southampton 9-0 on Tuesday to tie their biggest margin of victory in a Premier League match.

It was a massive statement to make after going down to bottom-placed Sheffield United last week and losing their lead to rivals Manchester City. With the win on Tuesday, they are now level with Man City on points table but are placed second because of a inferior goal difference.

For Southampton, things only seem to be getting worse. This loss came 15 months after the club lost by the same score line at home to Leicester, for the heaviest-ever home defeat.

Southampton had 19-year-old midfielder Alexandre Jankewitz sent off after 82 seconds and was trailing 6-0 when Jan Bednarek also received a red card for a foul on Anthony Martial in the penalty area in the 86th.

“What can I say? It is horrible,” Southampton manager Ralph Hasenhuttl said. “But we stood up after the first 9-0 and we have to do that again.

“I said at the time we do not need it again, but when we have it again you have to take it.”

Aaron Wan-Bissaka, Marcus Rashford and Edinson Cavani added to the own-goal by Bednarek as United went into halftime 4-0 ahead. Martial replaced Cavani for the second half and scored twice, with Scott McTominay, Bruno Fernandes and Daniel James also netting.

“It’s easy to take your foot off the gas but we didn’t want to do that,” Rashford said. “We went out in the second half the same as the first.

“The first half set the tone for us but it’s about keeping a positive attitude and keep scoring goals.”

United’s goal difference is now 19, only five less than City’s.

One more goal would have tied United’s club record, a 10-0 victory over Anderlecht in the European Cup in 1956