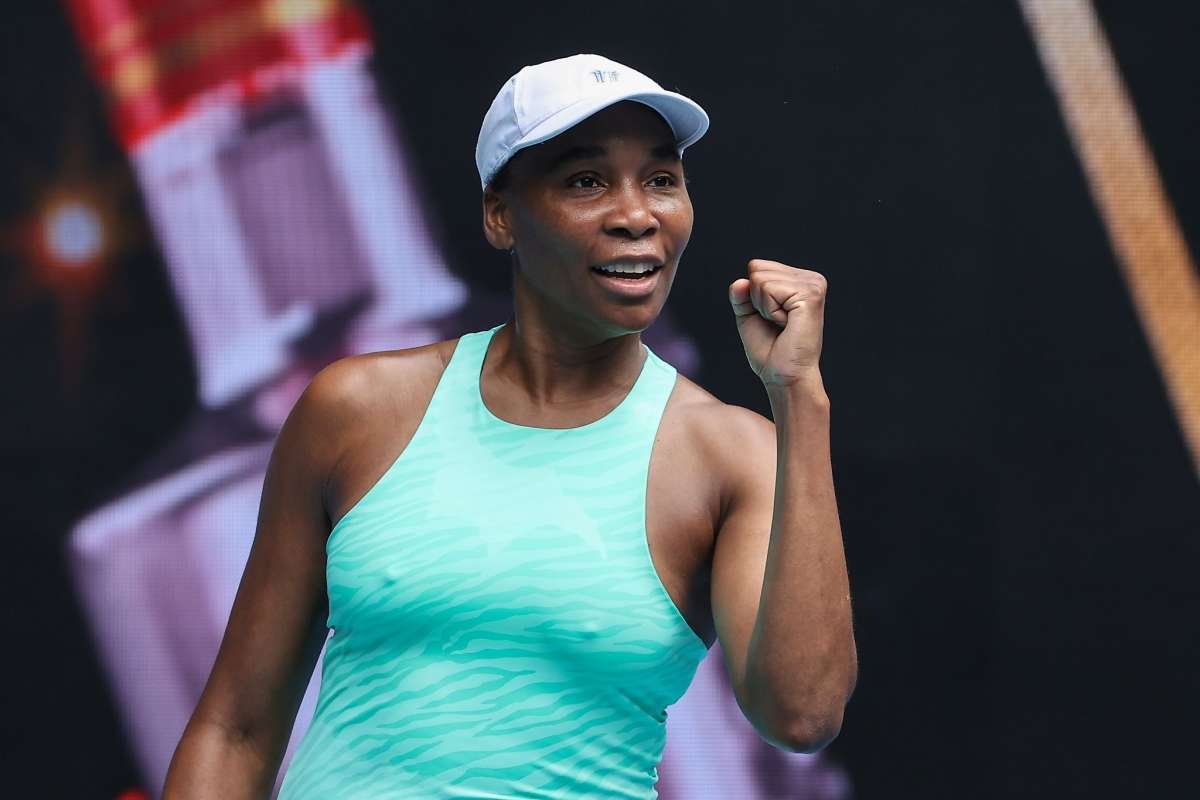 Serena Williams had a wobbly start at the Australian Open — for one game.

After briefly falling behind, Williams swept 10 consecutive games and beat Laura Siegemund 6-1, 6-1 on the first day of the tournament Monday.

The victory marked the start of Williams’ latest bid for a record-tying 24th major title. As she left the court she flexed her biceps, and later she donned a T-shirt that read “Unstoppable Queen.”

“This was a good start — vintage ’Rena,” she said. “It’s definitely good. I’m pretty good at pacing myself at a Grand Slam.”

Williams wore a colourful one-legged catsuit that she said was inspired by former Olympic sprinter Florence Griffith Joyner, and her game looked flashy, too. She lost only nine points on her serve and hit 16 winners, and showed no signs of the right shoulder issue that led her to pull out of a tuneup tournament.

She wasn’t the first Williams to reach the second round, however. Her sister, Venus, won a Grand Slam match for the first time since 2019.

Playing in her 21st Australian Open, the elder Williams beat Kirsten Flipkens 7-5, 6-2. At 40, Venus is the oldest woman in this year’s draw and just the sixth player in her 40s to compete at the Australian Open. 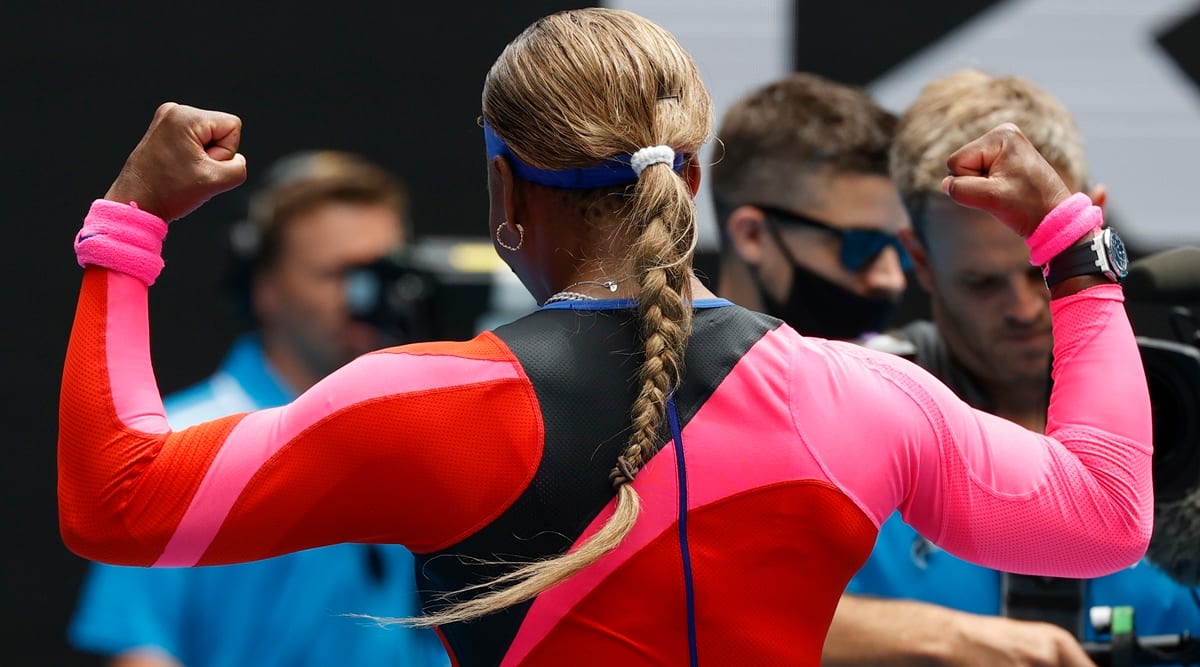 United States’ Serena Williams gestures as she is interviewed after defeating Germany’s Laura Siegemund during their first round match at the Australian Open tennis championship in Melbourne, Australia, Monday, Feb. 8, 2021.

“I like my job,” she said. “No matter what happens to you in life, you always hold your head up high and give 100 million percent. And that’s what I do every single day, and that’s something I can be proud of.”

The first tournament of this year’s Grand Slam season began after a three-week delay because of the coronavirus pandemic.

“Physically I feel like everyone, their bodies are shocked, coming in and playing so suddenly after such a long break,” Osaka said. “I think we’re all getting used to it and everyone is just happy to be here.”

That includes the Williams sisters.

“Listen, this is amazing,” Serena said. “Last year was very scary for the world. To be able to do what I love and be able to come out and compete . . . it makes me appreciate the moment even more.”

Serena Williams overpowered Siegemund, moved well and saved one of her best shots for the final game, racing forward to flip an off-balance backhand off her shoestrings for a cross-court winner.

For the past four years, Williams has been trying to equal Australian Margaret Court’s record of 24 major titles. Williams’ most recent Grand Slam championship came at Melbourne in 2017.

“I’ve had a ton of pressure, and now I don’t feel it anymore,” she said. “It’s like a huge relief. I think I was just looking at it all the wrong way in the past, and I feel totally different about it now.”

Osaka drew a potential tough opening opponent in Pavlyuchenkova, a Russian ranked 39th who reached the quarterfinals in Melbourne three of the past four years.

But Osaka breezed through the first set in 21 minutes and barely slowed after that. She finished with more winners than errors and lost only five points on her first serve.

Up to 30,000 fans — about 50% of capacity — will be allowed on the tournament site, but seats were mostly empty for the early matches on a cool day.

Xiaomi Mi 11 global launch event: How to watch livestream, timings and other details