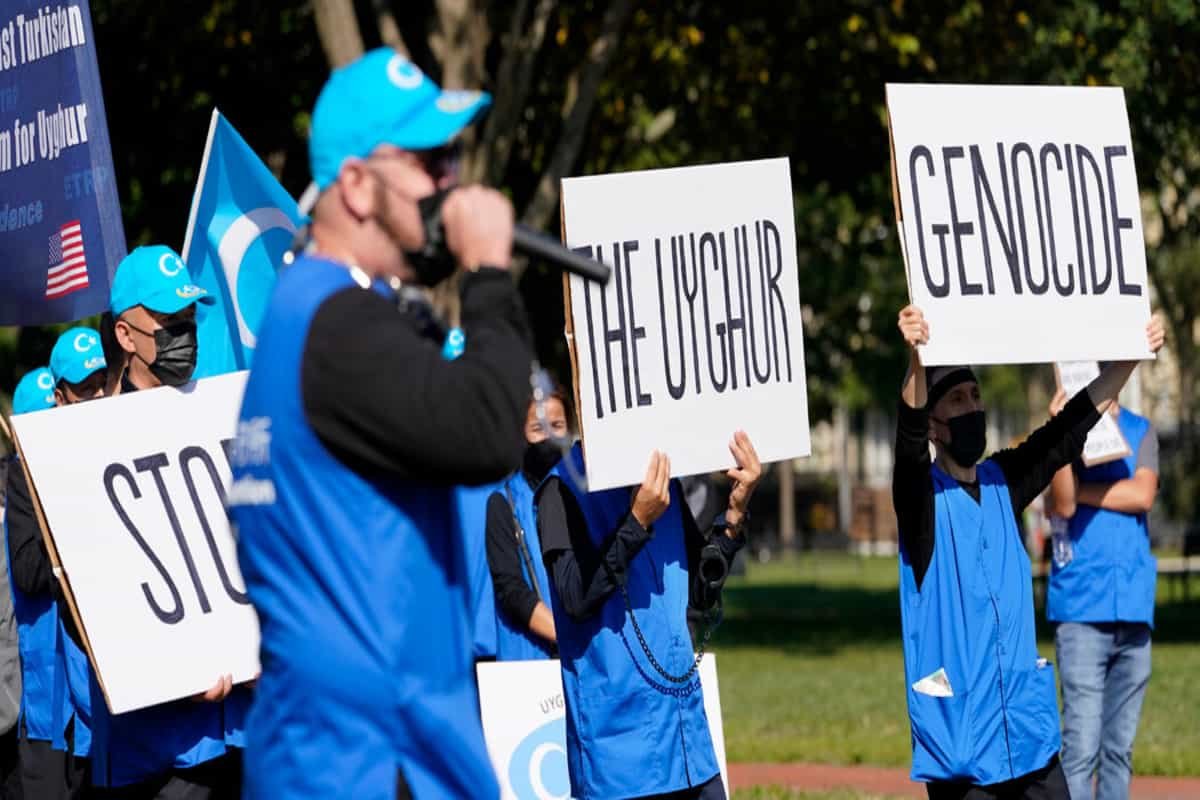 Nike and Coca-Cola are among the major companies and business groups lobbying Congress to weaken a bill that would ban imported goods made with forced labor in China’s Xinjiang region, according to congressional staff members and other people familiar with the matter, as well as lobbying records that show vast spending on the legislation.

The bill, which would prohibit broad categories of certain goods made by persecuted Muslim minorities in an effort to crack down on human rights abuses, has gained bipartisan support, passing the House in September by a margin of 406-3. Congressional aides say it has the backing to pass the Senate and could be signed into law by either the Trump administration or the incoming Biden administration.

But the legislation, called the Uyghur Forced Labor Prevention Act, has become the target of multinational companies including Apple, whose supply chains touch the far western Xinjiang region, as well as of business groups including the U.S. Chamber of Commerce. Lobbyists have fought to water down some of its provisions, arguing that while they strongly condemn forced labor and current atrocities in Xinjiang, the act’s ambitious requirements could wreak havoc on supply chains that are deeply embedded in China.

Xinjiang produces vast amounts of raw materials like cotton, coal, sugar, tomatoes and polysilicon, and supplies workers for China’s apparel and footwear factories. Human rights groups and news reports have linked many multinational companies to suppliers there, including tying Coca-Cola to sugar sourced from Xinjiang, and documenting Uighur workers in a factory in Qingdao that makes Nike shoes.

In a report issued in March, the Congressional-Executive Commission on China, a bipartisan group of lawmakers, listed Nike and Coca-Cola as companies suspected of ties to forced labor in Xinjiang, alongside Adidas, Calvin Klein, Campbell Soup Co., Costco, H&M, Patagonia, Tommy Hilfiger and others.

In a statement, Coca-Cola said that it “strictly prohibits any type of forced labor in our supply chain” and uses third-party auditors to closely monitor its suppliers. It also said that the COFCO Tunhe facility in Xinjiang, which supplies sugar to a local bottling facility and had been linked to allegations of forced labor by The Wall Street Journal and Chinese-language news media, “successfully completed an audit in 2019.”

Greg Rossiter, the director of global communications at Nike, said the company “did not lobby against” the Uyghur Forced Labor Prevention Act but instead had “constructive discussions” with congressional staff aides aimed at eliminating forced labor and protecting human rights.

Asked about the allegations of forced labor, Nike referred to a statement in March in which it said that it did not source products from Xinjiang and that it had confirmed that its suppliers were not using textiles or yarn from the region.

Nike said that the Qingdao factory had stopped hiring new workers from Xinjiang in 2019, and that an independent audit confirmed there were no longer employees from there at the facility. (According to a report published in March by the Australian Strategic Policy Institute that cited state media, the factory employed around 800 Uighur workers at the end of 2019 and produced more than 7 million pairs of shoes for Nike each year.)

China’s vast campaign of suppressing and forcibly assimilating Uighurs and other minorities in Xinjiang has attracted the scorn of politicians and consumers around the world.

But for many companies, fully investigating and eliminating any potential ties to forced labor there has been difficult, given the opacity of Chinese supply chains and the limited access of auditors to a region where the Chinese government tightly restricts people’s movements.

The Uyghur Forced Labor Prevention Act would require companies sending goods to the United States to scrutinize those supply chains, or perhaps abandon Chinese suppliers altogether. It would impose high standards, barring imports of goods made “in whole or in part” in Xinjiang unless companies prove to customs officials that their products were not made with forced labor.

The bill also targets so-called poverty alleviation and pairing programs that ship Muslims from impoverished areas to work in factories elsewhere, which human rights groups say are often coercive. Companies would be required to disclose information on their ties to Xinjiang to the Securities Exchange Commission.

Richard A. Mojica, a lawyer at Miller & Chevalier, said that for many companies, convincing the authorities that they have no involvement with forced labor could take months. Firms were already responding by trying to find sources for products outside Xinjiang, he said.

“Rebutting a presumption of forced labor is going to be a very challenging endeavor,” he said.

Companies and groups lobbying on the bill have been pushing for various revisions, including easing disclosure requirements, people familiar with the conversations said.

Apple, which has extensive business ties to China, has also lobbied to limit some provisions of the bill, said two congressional staff members and another person familiar with the matter.

Apple also paid outside firms this year to lobby on another bill, the Uyghur Forced Labor Disclosure Act of 2020.

Apple disputed the claim that it had tried to weaken the legislation, saying it supported efforts to strengthen U.S. regulations and believes that the Uyghur Forced Labor Prevention Act should become law.

According to a document viewed by The New York Times, Apple’s suggested edits to the bill included extending some deadlines for compliance, releasing certain information about supply chains to congressional committees rather than to the public, and requiring Chinese entities to be “designated by the United States government” as helping to surveil or detain Muslim minority groups in Xinjiang.

In its March report, the Australian Strategic Policy Institute identified Apple and Nike among 82 companies that potentially benefited, directly or indirectly, from abusive labor transfer programs tied to Xinjiang.

That report said that O-Film Technology, a contractor for Apple, Microsoft, Google and other companies, received at least 700 Uighur workers in a program that was expected to “gradually alter their ideology.” It tied other Apple suppliers, including Foxconn Technology, to similar employment programs.

Apple said in a statement that it had the strongest supplier code of conduct in its industry and that it regularly assessed suppliers, including with surprise audits.

“Looking for the presence of forced labor is part of every supplier assessment we conduct and any violations of our policies carry immediate consequences, including business termination,” the statement said. “Earlier this year, we conducted a detailed investigation with our suppliers in China and found no evidence of forced labor on Apple production lines and we are continuing to monitor this closely.”

Lobbying disclosures show that companies have spent heavily to sway Congress on Xinjiang-related legislation, although they reveal nothing about their specific requests.

In the first three quarters of 2020, Nike spent $920,000 on in-house lobbying of Congress and other federal agencies. Disclosures do not break down expenditures by topic but show Nike lobbied on matters including physical education grants, taxes and climate change, as well as the Uyghur Forced Labor Prevention Act.

Rossiter said that Nike had these firms on retainer long before the Xinjiang legislation was introduced, and that the company actively worked with lobbying firms to engage Congress on a variety of subjects it cares about.

Coca-Cola has also invested heavily, spending $4.68 million in the first three quarters of 2020 on in-house lobbying and hiring Empire Consulting Group and Sidley Austin to lobby on issues including the act.

Coca-Cola said in a statement that it complies with all laws associated with its political activities and has “adopted best-in-class disclosures practices.”

The U.S. Chamber of Commerce declined to comment on lobbying, instead providing a letter it sent to Congress in November with seven other industry groups. The letter said the groups had long been working to combat forced labor, and urged the government to take a comprehensive approach that would mobilize the administration, Congress and foreign governments to address the problem, in addition to industry.

FIR against casting director on charge of raping TV actress 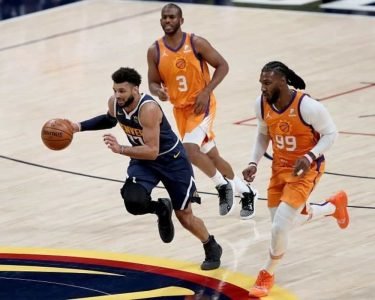 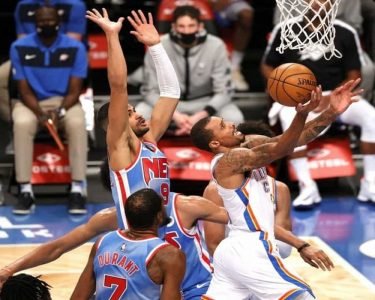 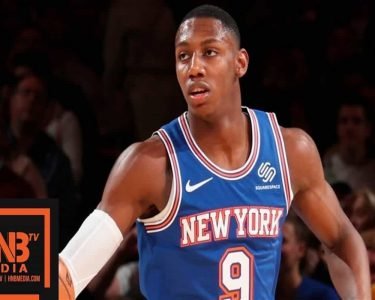