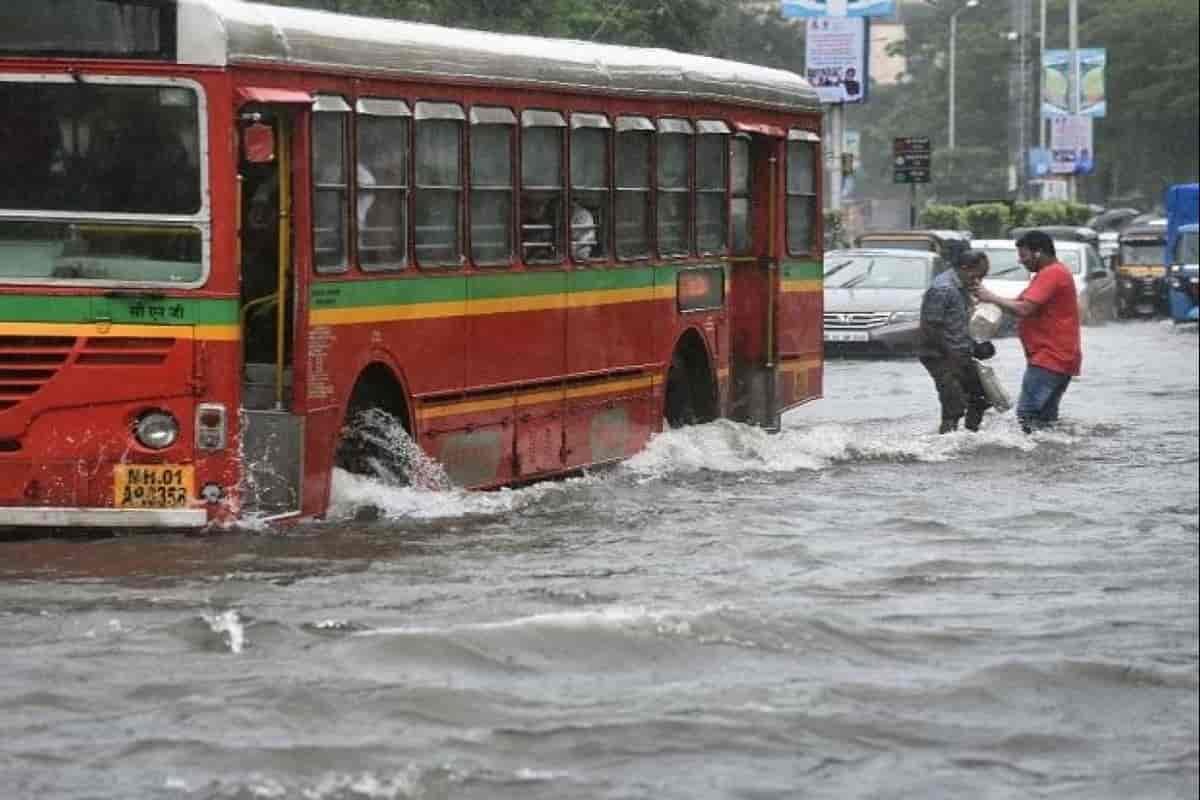 MUMBAI: Heavy rains in Mumbai, the capital of Maharashtra, have flooded many areas. Roads look like lakes and people’s vehicles have been stranded in the water for hours. Were evacuated and delivered to a safe place. The heavy rains in Mumbai have also affected train services.

Bus and rail services have been halted with immediate effect. Many trains had to be canceled due to heavy rains. Many people were stranded at the station. The meteorological department said that heavy rains are likely in Mumbai. The department has forecast cloudy skies and heavy rains.

Due to flooding in several places on the roads in Mumbai and in view of the meteorological department’s alert, BMC has declared a holiday in all government and private institutions today. In the meantime, only emergency services will be allowed. On the other hand, the municipal commissioner appealed to people not to go out Is. Due to rains and flooding, Central Railway has canceled several trains and diverted some trains.

Also Read: Saudi Arabia bans flights to and from India due to COVID-19 outbreak

Heavy rains in Mumbai have not only slowed down the pace of Mysore but also flooded the roads to the knees. In total, Mumbai has broken the record of the last three years with 3 hours of heavy rains this season. Suburban Mumbai received heavy rains on Tuesday night and this morning. Mumbai has been receiving drizzle since Tuesday, which continued till morning. Mumbai has the second-highest rainfall of 6 hours in 4 years (in 19-2050) and also the fourth largest rainfall of 9 hours in September recorded during 19-2050.

The rains on Tuesday once again disrupted the lives of Mumbaikars. Roads in many parts of Mumbai were flooded. The roads seemed to have become the sea.

The meteorological department has forecast cloudy skies and heavy rains in Mumbai for the next four hours. Local trains have been canceled due to rains in Mumbai.
Before this heavy rain of 2 hours, the heaviest rainfall of this season was recorded in Mumbai suburbs between 2nd and 3rd August this year so that for South Mumbai it was 31.3mm between 2nd and 3rd August. If we talk about the record of 8 hours of rain on 20th September 2018. Mumbai received 204.5 mm of rainfall per day, followed by 314.5 mm on September 19 and 214.04 mm on September 4, 191.