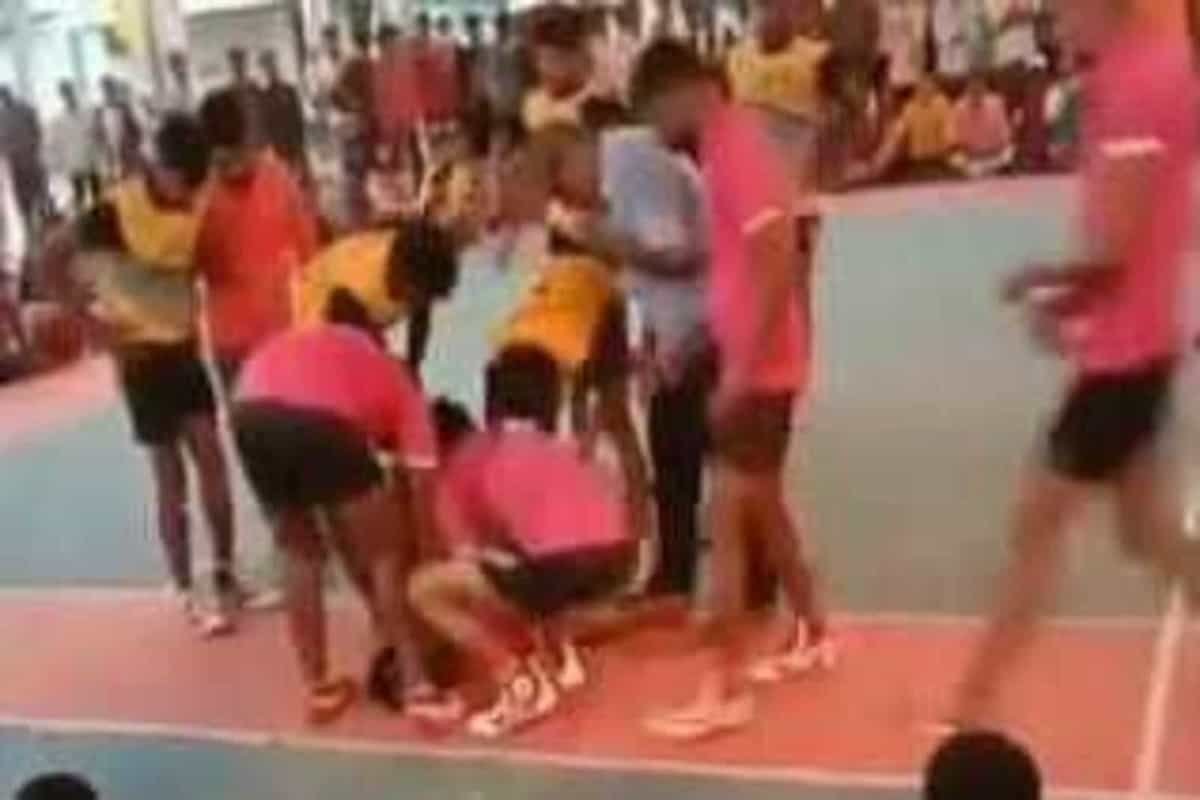 A 20-year-old man died in the ring during a match of a kabaddi competition at Goji village in Dhamtari district of Chhattisgarh, officials said on Thursday.

The video of the player collapsing was captured by one of the spectators. The clip has gone viral on social media.

Narendra Sahu, a resident of Kokadi village of Dhamtari district, died inside the opponent’s court when he was caught by the players. The incident took place on Wednesday evening.

“As per the statements, Sahu raided the opponent’s court and while making a return was pulled by a player and then others too got in the act. He was soon out of breath and then fell unconscious,” said Ramnaresh Sengar, Thana Incharge (TI) of Kurud police station.

The officer further said that the co-players and the sarpanch of the village rushed the player to Kurud hospital where doctors declared him brought dead.

“The preliminary investigation suggests that Sahu died of a heart attack but we are waiting for a post mortem report,” said Sengar, who is investigating the case.

The officer said that police have registered a case under 164 CrPC and started investigating into the incident.

“Police have recorded the statements of around a dozen people and after investigation the sections could be added,” the officer said.