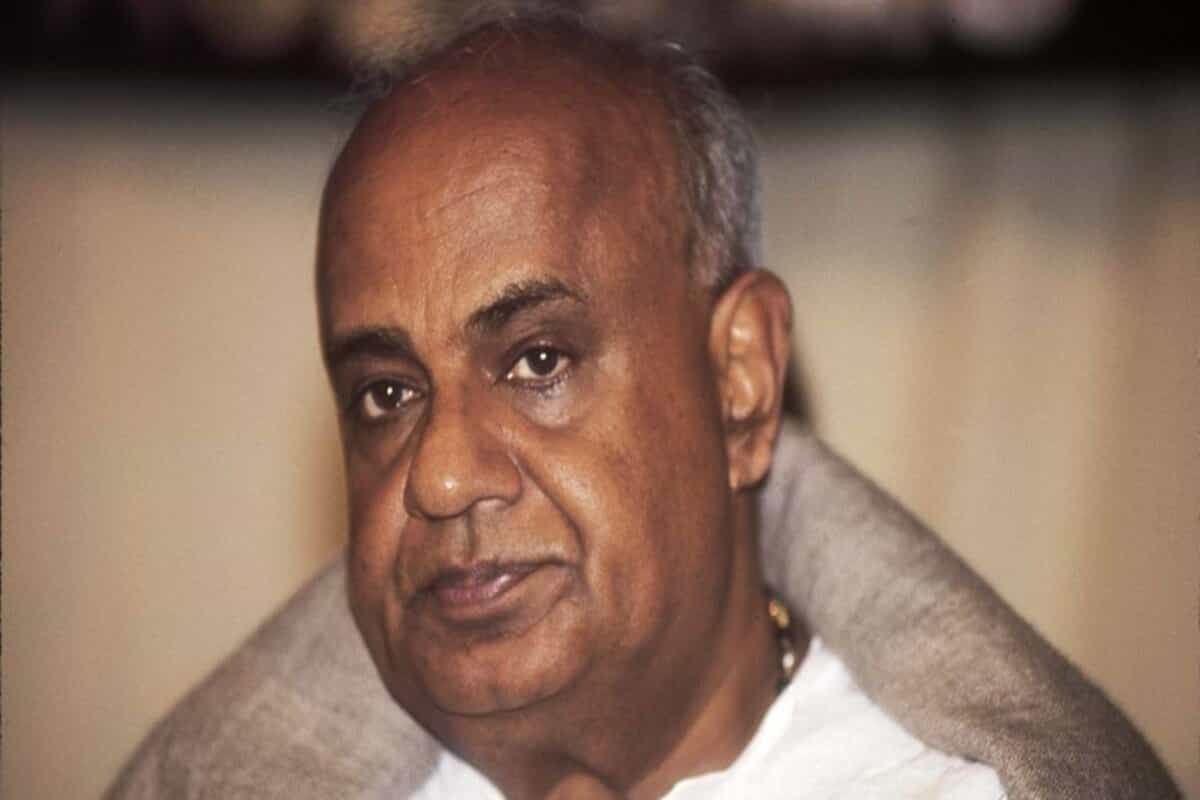 WHILE THE JD(S) has extended its support to the ruling BJP to depose the chairman of the Legislative Council, it has decided not to support the Bill to ban cattle slaughter in the state.

JD(S) president and former prime minister H D Deve Gowda has said in a statement that his party was “completely” opposed to the Karnataka Prevention of Slaughter and Preservation of Cattle Bill, 2020. While the Bill was passed in the Assembly last week, it is yet to be tabled in the Legislative Council.

“The BJP government has once again introduced the Karnataka Prevention of Slaughter and Preservation of Cattle Bill. The Bill was placed in the Legislative Assembly with the intention of disturbing the peace in society and to disrupt the lives of people. Our party, the JD(S), opposes the proposed law completely,” Deve Gowda said.

“When the BJP introduced the Karnataka Prevention of Slaughter and Preservation of Cattle Bill, 2010, with the intention of targeting a section of society, the JD(S) and Congress had protested against the Bill, but it was passed by the BJP, which had majority in both Houses, and sent to the Governor for his assent,” Deve Gowda said.

“At the time, I approached the Governor and asked him not to give his assent to the Bill. The Governor sent it to the President, saying there were shortcomings in the law,” he said.

“When the Bill was sent to the President, I went to Rashtrapati Bhavan with my party leaders and told the President that the Bill was not in the interest of many sections of society, including the farming community. Later, when the Congress came to power, it withdrew the new law,” he said.

The ruling BJP needs the JD(S)’s support to pass the Bill in the Legislative Council. The 75-member Council has 31 BJP, 29 Congress (including the chairman), 14 JD(S) and 1 Independent members.

The BJP was scheduled to table the Bill on December 10, but hesitated as former chief minister and Deve Gowda’s son, H D Kumaraswamy, had issued a public statement saying that the JD(S) would not accept it in the format that it was passed in the Assembly.

The BJP is now looking at introducing an ordinance to impose the law. If introduced in the Council, the JD(S) is likely

“We plan to bring an ordinance since the chairman of the Council did not cooperate,” CM B S Yediyurappa said last week.

On Tuesday, the JD(S), however, facilitated the BJP’s attempt to depose the chairman of the Legislative Council, Prathapchandra Shetty (Congress), with 11 JD(S) MLCs providing letters of support to a no-confidence motion against the chairman.

The Council was scheduled to take up the cattle slaughter Bill, but was adjourned after the ruckus over the no-confidence motion. The BJP has approached Governor Vajubhai Vala again, seeking reconvening of the House to take up the motion against Shetty.

Assam: GSP member elected to BTC is an accused in minor’s rape case