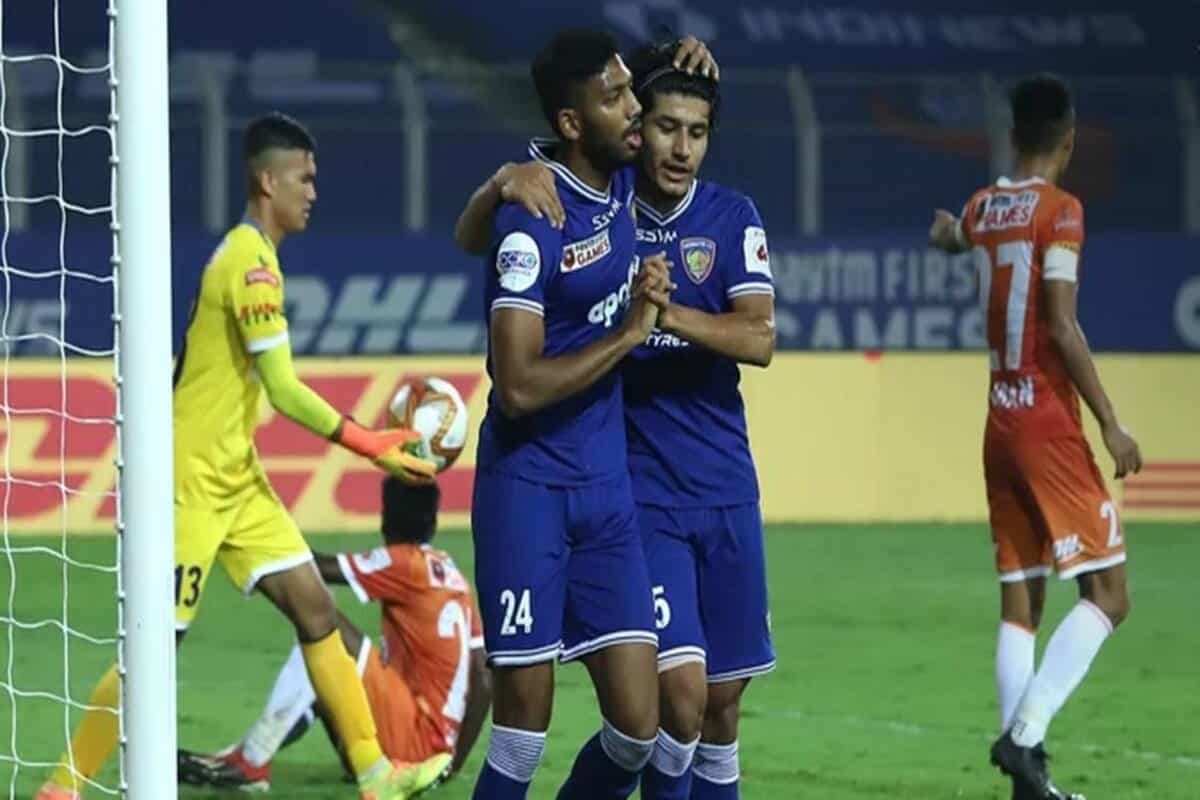 FC Goa’s life past Sergio Lobera may have begun on a promising note but the sheen is slowly starting to wear off – two losses in their last two games, this time to a Chennaiyin FC team, sees them languish in seventh spot.

Fewer crosses, more interceptions, and just an overall better attacking approach saw Chennaiyin unleash their best football of the season and against a team no less than FC Goa. Bengaluru laboured past Odisha and NorthEast United were finally felled by Jamshedpur FC but Chennai’s attacking intent was the most enterprising aspect of round 7 of the Indian Super League.

Wave after wave of opportunities created – Chennai took six shots on target for their two goals but it will be the shots they missed that gave the scoreline some sense of parity. Lalrinzualla Chhangte could not have missed two more open sitters than these – as did his striker Rafael, who scored and assisted one but could have added so much to the tally.

Indian midfield in the spotlight

Anirudh Thapa, Chhangte, and Brandon Fernandes – some of India’s current international midfielders were all playing prominent roles for their team in the clash. But one clearly stood above the rest. Usually for the national team, Thapa has been deployed deep in the midfield and rarely ventures into the final third. But for this Chennaiyin team, Thapa is a genuine midfield kingpin.

Making a run deep into the box and cutting back in, he should have got his first assist of the game had it not been for Raphael fluffing the lines. Eight minutes later, Thapa was in the thick of action again, this time right on the edge of the box. A defensive header of the corner landed on a half volley at Thapa’s right boot. The Dehradun-native lashed a technically-precise shot that had to be palmed away by the Goa goalkeeper. Seconds later, a rolling loose ball landed at his left foot and he took yet another swipe that narrowly went past the keeper’s far post.

Elsewhere, Mumbai City FC coasted to a comfortable 2-0 win over Hyderabad FC with the help of yet another Adam le Fondre goal. Since his move from Australian shores, Le Fondre has compensated for a less than ideal start with five goals in seven games. What is even better about his goal return is the number of shots he has taken.

In seven games, Le Fondre has taken 13 shots and scored five. There are only three other strikers in the ISL who have either matched his goal tally or have one goal more – two of whom – Igor Angulo and Roy Krishna have taken 24 and 20 shots each respectively. And Mumbai have yet to completely utilise Bartholomew Ogbeche, a striker who would walk into any current ISL team bar the one he is a part of.

Play of the week

Already out of position after trying to punch away a looping ball, East Bengal custodian Debjit Majumdar was in trouble. He was turning back to position when Kerala’s Sahal Abdul Samad directed a header towards Jordan Murray. Murray blasted a shot into the pitch that was bound for the goal and an equaliser. But Majumdar appeared almost out of nowhere and somehow his cat-like instincts denied a certain goal to Murray. The save ended up not amounting to much after Kerala equalised in injury time to grab a draw and keep East Bengal winless yet again.

Mumbai and Bengaluru made inroads into the playoff spots in the ISL with wins over Hyderabad and Odisha but it was Jamshedpur who beat NorthEast United and made an entry into the top 5 of the ISL table. Taking a win of a NorthEast United team that refuses to give much away is a welcome shot in the arm for Jamshedpur who have now not lost in five games.

Shreya Dhanwanthary: 2020 has been phenomenal