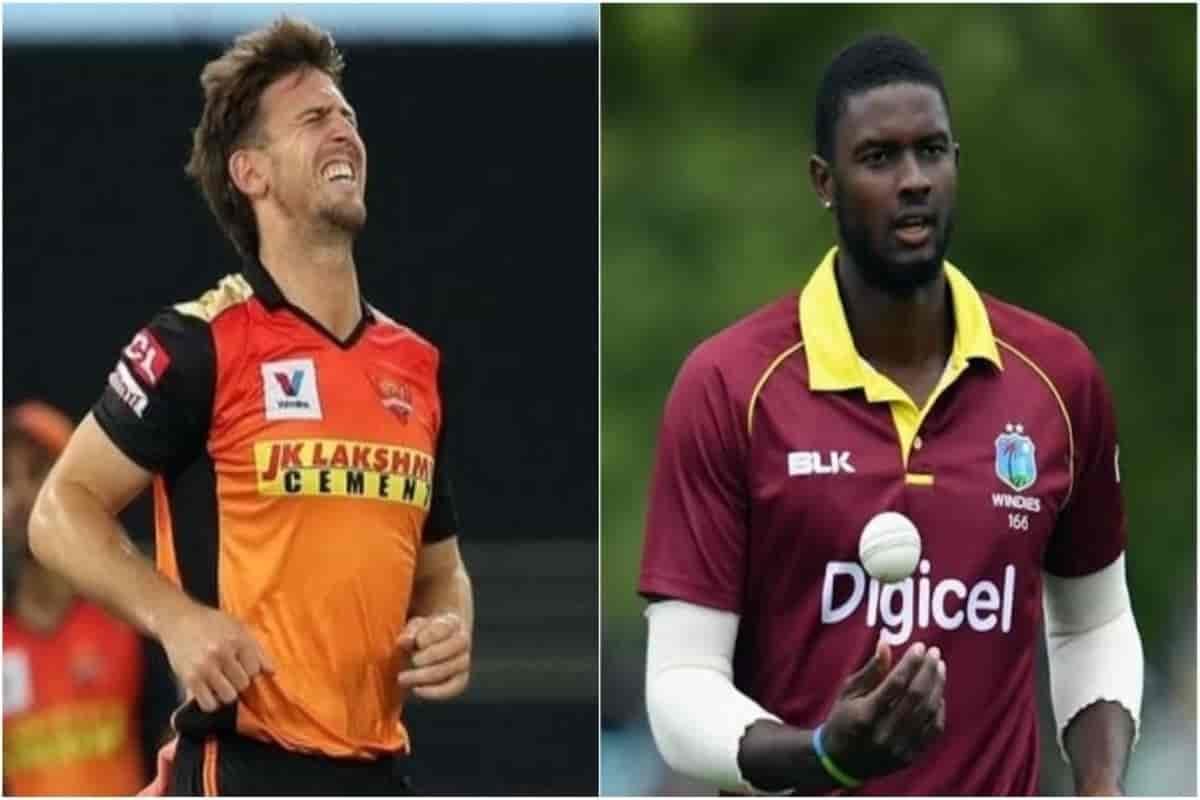 Mitch Marsh injured his ankle in the team’s opening game. Sunrisers Hyderabad allrounder Mitchell Marsh has been ruled out of IPL 2020 with an ankle injury and will be replaced by West Indies Test captain Jason Holder, the franchise announced on its social media channels.

Marsh age 28 twisted his right ankle in SRH’s season opener against the Royal Challengers Bangalore on his bowling follow through. He tried to finish his first over for his new franchise but managed only two more deliveries before limping off the field.

He did not bat in his designated position in the team’s middle-order in the run chase and instead limped back in at No.10. However, he was unable to put any weight on his ankle and had to be helped off the field by the team’s support staff after being dismissed the first ball.

In the post-match presentation, captain David Warner had said that his compatriot’s injury “doesn’t look great”, fears that have now been confirmed following scans.
This is the latest in a series of injuries for the all-rounder. In 2018, he required surgery on his left ankle following the Test tour of South Africa. Last year, he fractured his wrist after punching a wall in frustration after being dismissed in a Sheffield Shield game against Tasmania. Even in the IPL, he was ruled out of Rising Pune Supergiant’s 2016 season with a side strain and then missed the following season with a shoulder injury.

Meanwhile, Holder, who has been part of three IPL teams in the past including Sunrisers Hyderabad, will attempt to add to his 11 IPL caps, the last of which came in the 2016 season playing for the Kolkata Knight Riders.