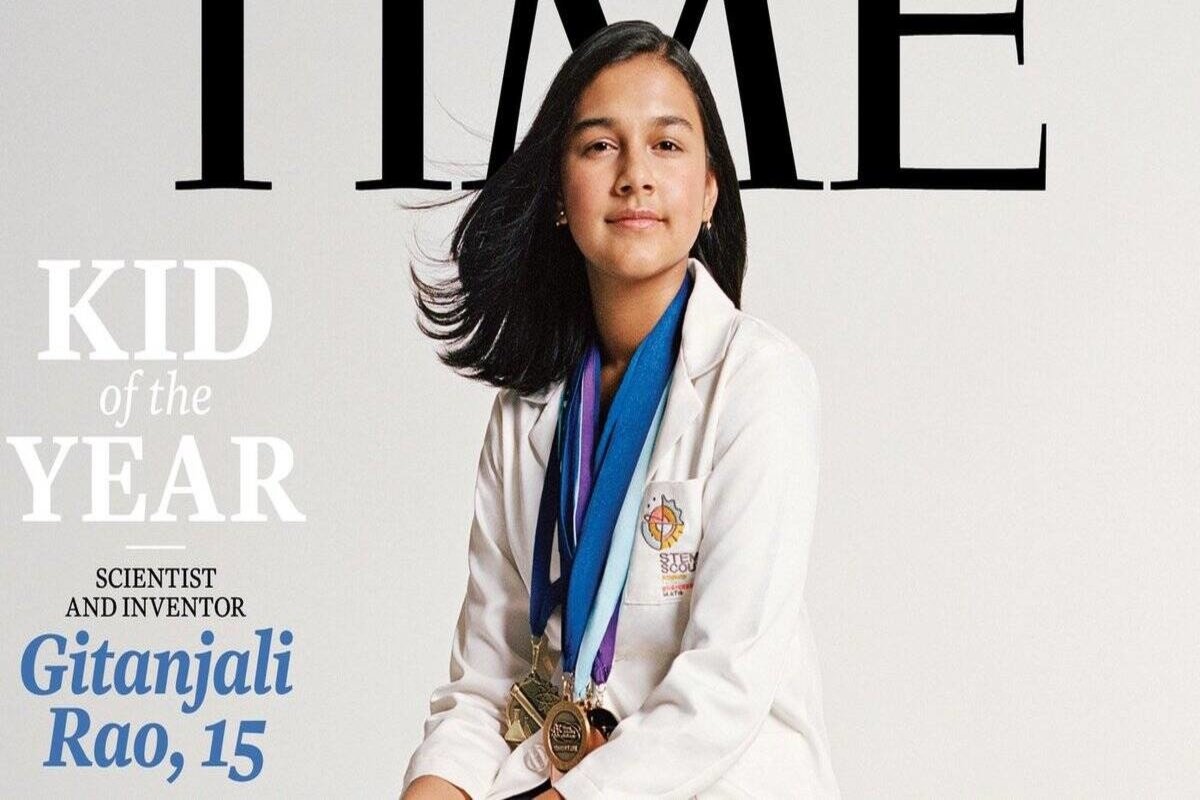 Gitanjali Rao, a 15-year-old Indian-American scientist and inventor, was named Time Magazine’s first-ever Kid of the Year. The US-based publication announced the award Thursday, citing her ability to use technology to “tackle issues ranging from contaminated drinking water to opioid addiction and cyberbullying”.

Rao, who was featured on the cover of the latest edition of the magazine, was selected from a pool of over 5,000 nominees. In an interview with actor and activist Angelina Jolie, the Colorado teenager spoke about her innovations and shared a message for other young people: “If I can do it, anybody can do it.”

This is not the first time Rao has been recognised for her work. In 2017, she won praise when she created a device called ‘Tehys’ that used carbon nanotube sensors to detect lead in water in response to the water crisis in Flint, Michigan.

She later joined hands with scientists in the water industry to release her device in the market and was also named ‘America’s Top Young Scientist’ for her invention. In 2019, she earned a spot on Forbes’ prestigious 30 under 30 list for her invention.

“I was like 10 when I told my parents that I wanted to research carbon nanotube sensor technology at the Denver Water quality research lab, and my mom was like, ‘A what?’,” Rao told Jolie. “It was just that changing factor of, you know this work is going to be in our generation’s hands pretty soon. So if no one else is gonna do it, I’m gonna do it.”

Beyond honored to be among these amazing finalists and friends. Catch Kid of the Year on 12/4 at 7:30pm EST/6:30pm CST/5:30 MST @Nickelodeon #KidOfTheYear https://t.co/EGF0j7ZHqu

Rao’s recent invention is an app and web tool called ‘Kindly’, which uses artificial intelligence to detect the early signs of cyberbullying. “You type in a word or phrase, and it’s able to pick it up if it’s bullying, and it gives you the option to edit it or send it the way it is. The goal is not to punish,” she explained.

“As a teenager, I know teenagers tend to lash out sometimes. Instead, it gives you the chance to rethink what you’re saying so that you know what to do next time around,” she added.

In May 2019, Rao won the top “Health” Pillar Prize at the TCS Ignite Innovation Student Challenge for developing a diagnostic tool for the early diagnosis of prescription opioid addiction.

“I don’t look like your typical scientist. Everything I see on TV is that it’s an older, usually white man as a scientist,” she told Time. “My goal has really shifted not only from creating my own devices to solve the world’s problems, but inspiring others to do the same as well. Because, from personal experience, it’s not easy when you don’t see anyone else like you

BCCI to discuss having 10 teams in IPL’s next edition