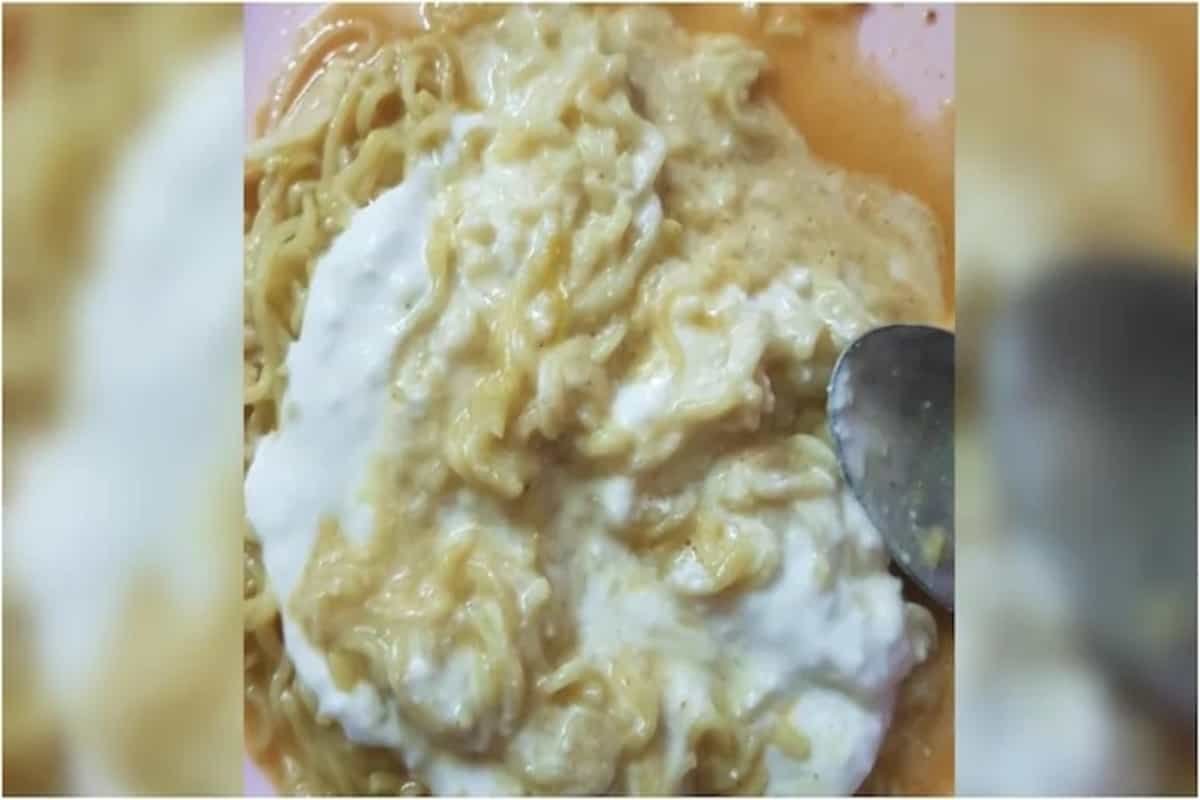 Would you ever mix curd and Maggi? Well, someone just did and posted a picture of the dish on Twitter and needless to mention, it has gone viral on social media. Felon Musk is the Twitter user who posted the picture of the dish and netizens, mostly, are not quite impressed with the combination.

WHAT IS THE STORY?

This girl made headlines after she posted a picture of Maggi mixed with curd. That is the way she enjoys a hot bowl of instant noodles, with a dollop of curd.

“Maggi and curd is food for the soul,” is the caption of the post. Really?

Maggi and curd is food for the soul pic.twitter.com/RmNRVRvnfw

HOW DID THE INTERNET REACT?

This particular post has gone viral with several likes and retweets. In the comments section, there were diverse opinions on the subject. Some users did not mind Maggi with curd but several others were absolutely against the idea.

“I love both, but separately…far far away from each other,” a user said. Another comment reads, “You have done the impossible.” There were memes too.

Amid rising Covid-19 cases in students, Haryana again shuts down schools till Nov 30