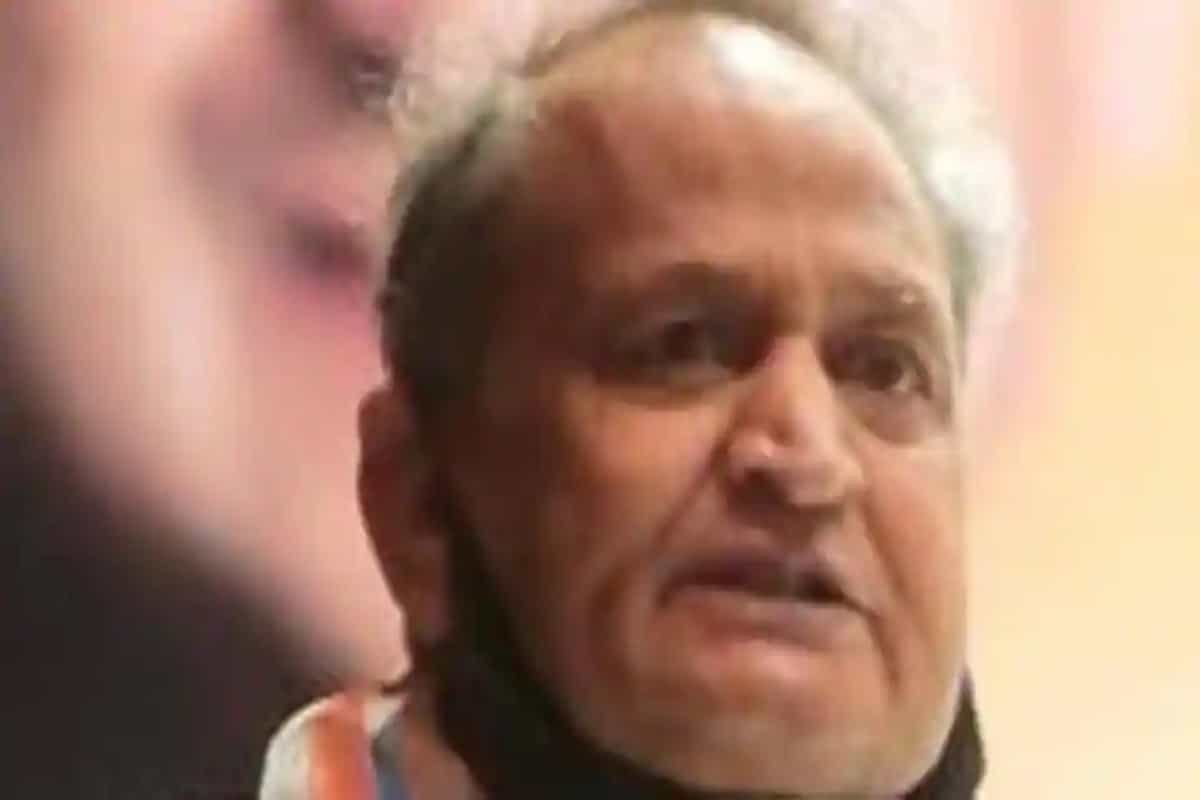 The last two years for the ruling Congress government in Rajasthan have been challenging. If in the first year the party witnessed a debacle in the Lok Sabha elections by losing all 25 seats within four months of coming to power; the second year of the government wasn’t a cake walk either because of the coronavirus outbreak and the revolt by the deputy CM, Sachin Pilot, against the leadership of chief minister Ashok Gehlot.

Amid the Corona pandemic outbreak, the drift between Gehlot and Pilot came out in the open following allegations by the CM that efforts were being made to topple his government by the BJP, as was done in Madhya Pradesh.

The crisis which continued for over a month, ended on a happy note with a floor test with Pilot and his followers casting their votes in support of Gehlot government but the time in between was full of uncertainties and political machinations involving action by central agencies such as Income Tax and Enforcement Directorate. As differences within the Congress grew sharper over the handling of Pilot’s rebellion, he was removed from deputy CM’s post and that of the state party chief. His two loyalists, Vishvendra Singh and Ramesh Meena, too, lost their cabinet berths.

During the political crisis, the Pilot camp MLAs, around 18, camped outside the state, while the Congress MLAs moved to hotels for a month in Jaipur and Jaisalmer. The fight between the two groups reached the Assembly Speaker, governor and the Rajasthan high court. The crisis ended with the Congress central leadership intervening and the government passing the floor test in the state Assembly. However, on December 5, Gehlot again blamed the BJP of trying to topple the state government.

The year had begun on a challenging note for the Gehlot-government with an Italian tourist testing positive for covid-19 in March.

Rajasthan was the first state in the country to impose a lockdown to contain the spread of the virus. With its ‘Bhilwara model’, the state government was appreciated nationally for containment of disease during the initial days.

While Bhilwara district administration managed to break the chain of the virus, cases in other areas kept on increasing and the high number of Covid cases in Ramganj area of the state capital caused grave concern.

The crisis made CM Gehlot lead the corona management efforts in the state himself including enlisting opposition’s support for the anti-virus campaign and enhancing the state’s medical infrastructure.

The state politics witnessed many twists and turns, especially the panchayat, zila pramukh and local body elections held a few days ago. The results of these elections surprised many with the Congress losing ground in rural areas, and gaining support in urban areas.

Meanwhile, the Bharatiya Tribal Party (BTP), which had extended its support to the ruling government during the political crisis and Rajya Sabha elections, is now considering breaking ties since party leaders allege that the Congress supported BJP in the Zila Pramukh elections to keep their local ally out of power in some key regions.

The state is also facing farmers’ unrest because of the three farm laws passed by the Union government. The state government in November, to counter the new farms laws, had passed three Bills in state assembly following in the footsteps of the Congress-ruled Punjab and Chhattisgarh. The Bills are waiting for the governor’s nod.

Meanwhile, working on the promises made in the manifesto, the state government has waived Rs 7,692 crore short-term crop loan, benefitting 20.50 lakh farmers; and Rs 290.14 crore of mid and long-term loan. The state is also providing old age pension to farmers, which has benefitted 2.79 lakh farmers with the total disbursement under this scheme reaching Rs 317 crore so far.

However, some of the manifesto promises such as farm loan waiver of commercial banks; regularization of contractual employees; education policy, and right to health are still pending.

Transport minister Pratap Singh Khachariyawas claims that Rajasthan government’s management of the pandemic is unmatchable. “We are the first in the country to ensure that no one sleeps hungry. The test and treatment of Covid-19 was made free of cost, the state government distributed 2 crore masks and provided ration to 6 crore people,” he said.

He also claimed that though the results were not as expected in the panchayati raj institution (PRI) polls but the Congress had increased its vote base besides taking a slice of BJP’s vote bank in local body polls.

He added that at the time of inflation, unemployment and high gas prices, the state government was providing unemployment allowance to the youth.

Political analyst Rajan Mahan said the performance of the government could have been more impressive but for the major challenges like the loss of all 25 Lok Sabha seats, the pandemic and the internal political crisis.

“Though the government did come up with good initiatives such as loan waiver and the unemployment allowance for the youth, the buzz, however, was not about the achievements but the friction inside the party between Gehlot and Pilot,” he said. Mahan added that sooner they resolve the differences, the better it is for the Congress.

BJP leader and former chief minister Vasundhara Raje said that this is the first time in seven decades when the government is “invisible” in the state, alleging it was neither visible to the public nor to the Congress workers.

In the name of development, this government could not run even two steps in two years, she alleged further.

“This government is deceiving the public from day one– the first announcement to waive the entire loan of farmers in the next 10 days has not been fulfilled in 2 years. The government has failed in every exam,” said Raje.

BJP state president Satish Poonia claimed that the Gehlot government had failed on all fronts. “The CM is insecure and this government is of jugaad. Congress government didn’t come with a clear mandate and is running with support of six MLAs from BSP, who are still under question and the independents,” he said.

Poonia claimed that the political crisis inside the Congress continues, evidenced in the ‘dismissal’ of the state chief. “It’s the people who are suffering because of their infighting. A weak government does not have a long life,” he said.

The Congress promise of loan waiver in 10 days has left 59 lakh farmers of the state waiting. The 27 lakh registered unemployed persons are waiting for unemployment allowance. The 2.5 lakh persons on contract are waiting to be regularised. The promise of addressing complaints in a time bound manner is yet to be fulfilled. Law and order is deteriorating, as per NCRB data, there has been an increase of 4.7 lakh cases in the last two years, Poonia said.